Why pine trees smell so good 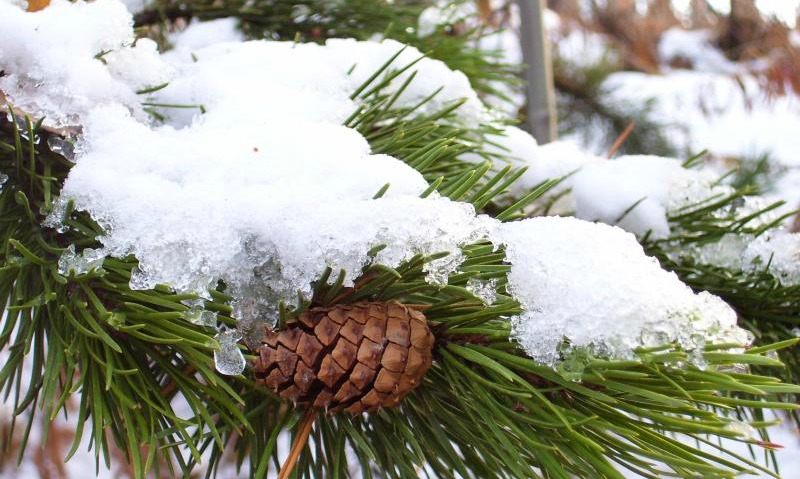 I have never met a person that did not enjoy the smell of a pine, spruce, or fir tree. Be it the Christmas tree in your home or a grove of conifer trees in the forest, they smell sharp, sweet, and refreshing. What gives conifer trees their scent? Well, most of that piney odor is due to chemical compounds called terpenes.

Terpenes are composed of carbon (C) and hydrogen (H) atoms, and they are built from different numbers of isoprene molecules, which have a chemical formula of C5H8. Small terpenes, known as monoterpenes, contain two isoprene units and have a chemical formula of C10H16. Pinene, which has a piney odor, is a monoterpene. Limonene, which has citrusy odor, is also a monoterpene. These two molecules, among others, give conifer trees their distinctive scent. Larger terpenes are known as diterpenes, triterpenes, and so forth, and they can take the shape of long chains or rings. Many diverse types of organisms produce terpenes besides conifers, including insects, marine algae, and sea slugs. 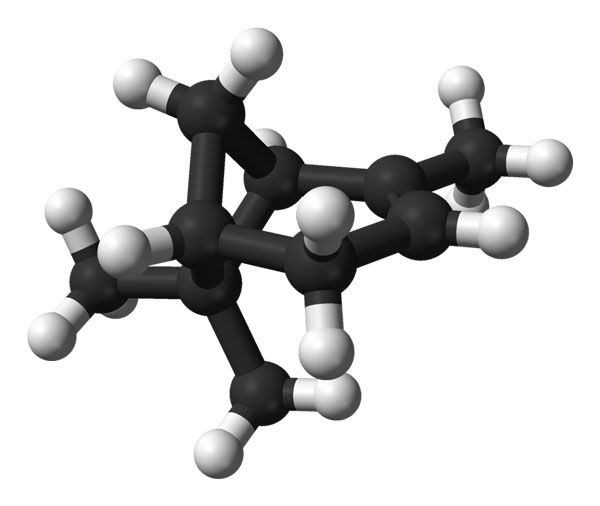 Terepenes are abundant in conifer resin, and when a tree’s bark is damaged, the resin flows out, hardens, and protects the tree. The terpenes in this resin act as deterrents to herbivores, such as bark beetles who might otherwise feed on the tree, and as fungal growth inhibitors. Terpenes are also released to the atmosphere over conifer forests on hot summer days, where they can play a role in cloud seeding. Some scientists think that the resulting clouds that form may help to block sunlight and cool the forest.

Several consumer products are produced from terpenes. Perhaps one of the most widely known products is turpentine, which is used as a solvent to thin out oil-based paints. Terpenes are also used as fragrances in cleaning products and in medicines such as anti-malarial and anti-cancer drugs.

Recently, scientists have begun to explore the use of terpenes as replacements for petroleum-based chemicals for the production of things such as plastics and fuels. Terpenes are hydrocarbons much like petroleum products, but unlike petroleum they could be a potentially renewable resource. Unfortunately, conifers do not produce great quantities of terpenes and so it may not be economically feasible to do this. However, in the future, scientists may be able to genetically engineer microorganisms to produce large quantities of terpenes. This is currently an active area of research.

Just something to think about as you gaze at your Christmas tree.

Bottom line: Pine, spruce, and fir trees – favored trees for decorating during Christmas – produce terpenes, which give them a distinctive and refreshing scent. The terpenes present in the conifer sap help defend the trees from herbivores like bark beetles and fungal pathogens.