When and where did Earth get its oxygen? 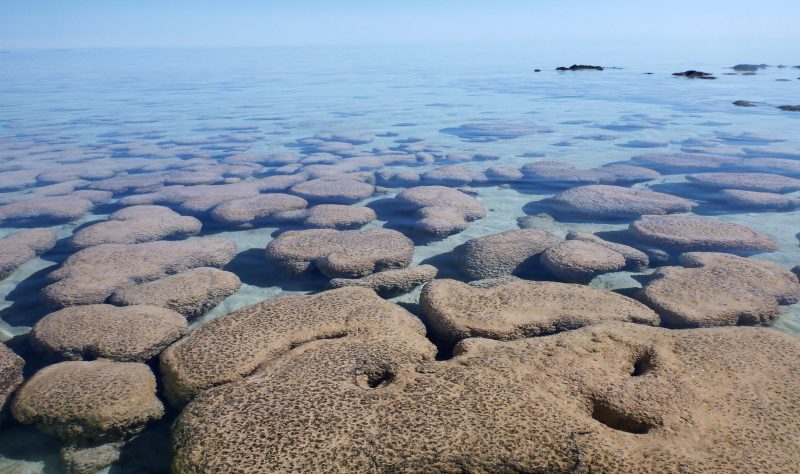 Stromatolites in Shark Bay, Western Australia. These fossilized stromatolites are thought to be some of the most ancient forms of life on Earth and are composed of organisms that probably contributed to the O2 scientists are inferring existed on ancient Earth (i.e., cyanobacteria). Image via Ariel Anbar, Arizona State University.

Oxygen in the form of the oxygen molecule (O2), produced by plants and vital for animals, is abundant in Earth’s atmosphere and oceans. But that hasn’t always been the case. When, and in what environments, did O2 begin to build up on Earth? A new study that looked at ancient rocks in Western Australia suggests it started happening earlier than we thought.

The O2 on Earth was relatively scarce for much of our planet’s 4.6 billion-year existence. But at some point, Earth underwent what scientists call the Great Oxidation Event or GOE for short, as ocean microbes evolved to produce O2 via photosynthesis. O2 first accumulated in Earth’s atmosphere at this time and has been present ever since. It’s been thought that this happened sometime between 2.5 and 2.3 billion years ago.

Through numerous studies in this field of research, however, evidence has emerged that there were minor amounts of O2 in small areas of Earth’s ancient shallow oceans before the GOE. The new study published February 25, 2019 in the peer-reviewed journal Nature Geoscience, has provided evidence for significant ocean oxygenation before the GOE, on a larger scale and to greater depths than previously recognized. 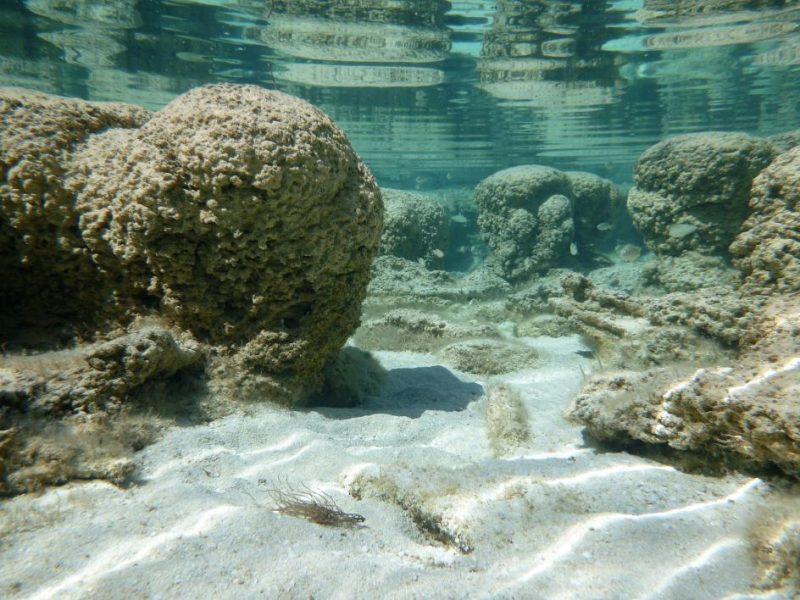 For this study, the team targeted a set of 2.5 billion-year-old marine rocks called stromatolites from Western Australia known as the Mt. McRae Shale. Stromatolites are sedimentary rocks formed by the growth of layer upon layer of cyanobacteria, a single-celled microbe that gets energy through photosynthesis, releasing oxygen as a by-product. Chadlin Ostrander, of Arizona State University’s School of Earth and Space Exploration is the study lead author. He said in a statement:

These rocks were perfect for our study because they were shown previously to have been deposited during an anomalous oxygenation episode before the Great Oxidation Event.

For this research, the team dissolved samples and separated elements of interest in a the lab, then measured isotopic compositions on a mass spectrometer. Their analysis determined that the rocks could only have their chemical signatures of the rock meant that O2 needed to have been present all the way down to the sea floor 2.5 billion years ago. Read more about how the scientists did the study here.

The 2.5 billion-year-old Mt. McRae Shale from Western Australia was analyzed for thallium and molybdenum isotope compositions, revealing a pattern that indicates manganese oxide minerals were being buried over large regions of the ancient sea floor. For this burial to occur, O2 needed to have been present all the way down to the sea floor 2.5 billion years ago. Image via Chad Ostrander/Arizona State University.

The researchers suggest that accumulation of O2 was probably not restricted to small portions of the planet’s surface ocean prior to the GOE. More likely, they say, is that O2 accumulation extended over large regions of the ocean and far into the ocean’s depths – in some of areas, even all the way down to the sea floor.

Our discovery forces us to rethink the initial oxygenation of Earth. Many lines of evidence suggest that O2 started to accumulate in Earth’s atmosphere after about 2.5 billion years ago during the GOE. However, it is now apparent that Earth’s initial oxygenation is a story rooted in the ocean. O2 probably accumulated in Earth’s oceans — to significant levels, according to our data — well before doing so in the atmosphere. 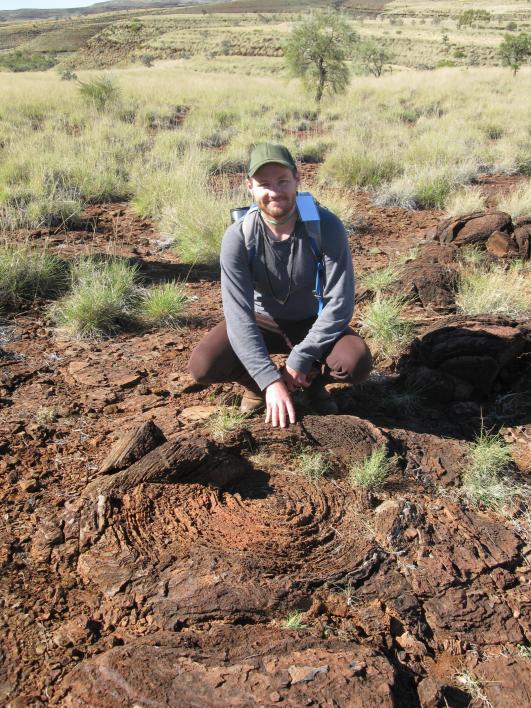 Bottom line: A new study that looked at ancient rocks in Western Australia suggests the O2 in Earth’s atmosphere started building up earlier than thought.