What causes the aurora borealis?

Those who live at or visit high latitudes might at times experience colored lights shimmering across the night sky. Some Inuit believed that the spirits of their ancestors could be seen dancing in the flickering aurora. In Norse mythology, the aurora was a fire bridge to the sky built by the gods. This ethereal display – the aurora borealis or aurora australis, the northern or southern lights – is beautiful. What causes these lights to appear?

Our sun is 93 million miles away. But its effects extend far beyond its visible surface. Great storms on the sun send gusts of charged solar particles hurtling across space. If Earth is in the path of the particle stream, our planet’s magnetic field and atmosphere react.

When the charged particles from the sun strike atoms and molecules in Earth’s atmosphere, they excite those atoms, causing them to light up.

What does it mean for an atom to be excited? Atoms consist of a central nucleus and a surrounding cloud of electrons encircling the nucleus in an orbit. When charged particles from the sun strike atoms in Earth’s atmosphere, electrons move to higher-energy orbits, further away from the nucleus. Then when an electron moves back to a lower-energy orbit, it releases a particle of light or photon.

What happens in an aurora is similar to what happens in the neon lights we see on many business signs. Electricity is used to excite the atoms in the neon gas within the glass tubes of a neon sign. That’s why these signs give off their brilliant colors. The aurora works on the same principle – but at a far more vast scale.

The aurora often appears as curtains of lights, but they can also be arcs or spirals, often following lines of force in Earth’s magnetic field. Most are green in color but sometimes you’ll see a hint of pink, and strong displays might also have red, violet and white colors. The lights typically are seen in the far north – the nations bordering the Arctic Ocean – Canada and Alaska, Scandinavian countries, Iceland, Greenland and Russia. But strong displays of the lights can extend down into more southerly latitudes in the United States. And of course, the lights have a counterpart at Earth’s south polar regions.

The colors in the aurora were also a source of mystery throughout human history. But science says that different gases in Earth’s atmosphere give off different colors when they are excited. Oxygen gives off the green color of the aurora, for example. Nitrogen causes blue or red colors.

So today the mystery of the aurora is not so mysterious as it used to be. Yet people still travel thousands of miles to see the brilliant natural light shows in Earth’s atmosphere. And even though we know the scientific reason for the aurora, the dazzling natural light show can still fire our imaginations to visualize fire bridges, gods or dancing ghosts. 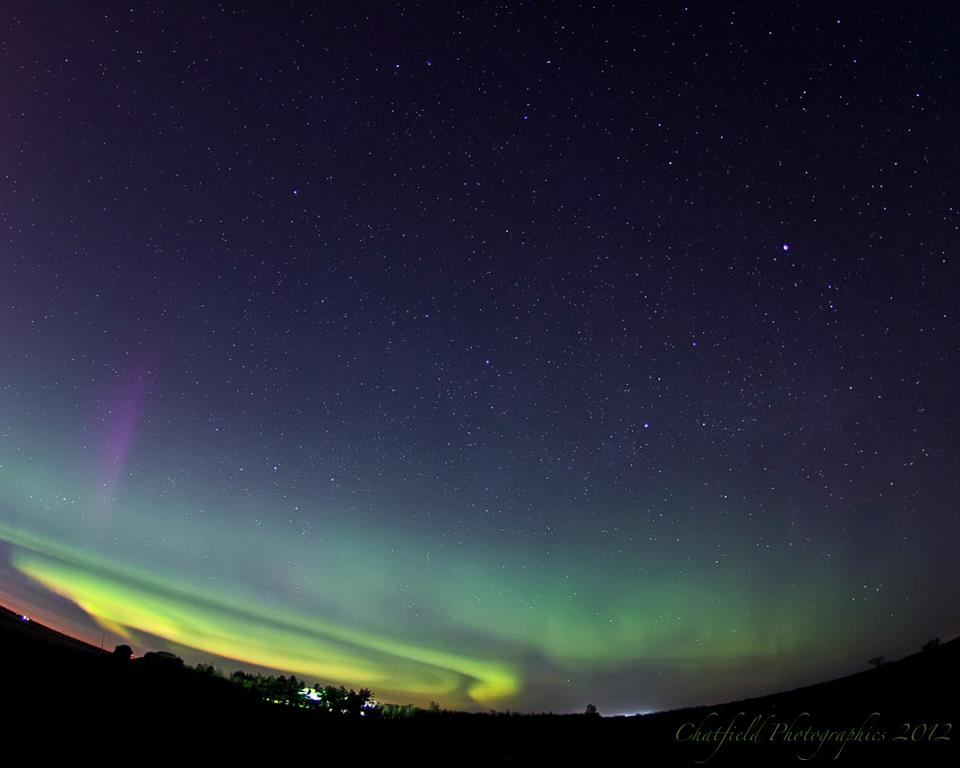 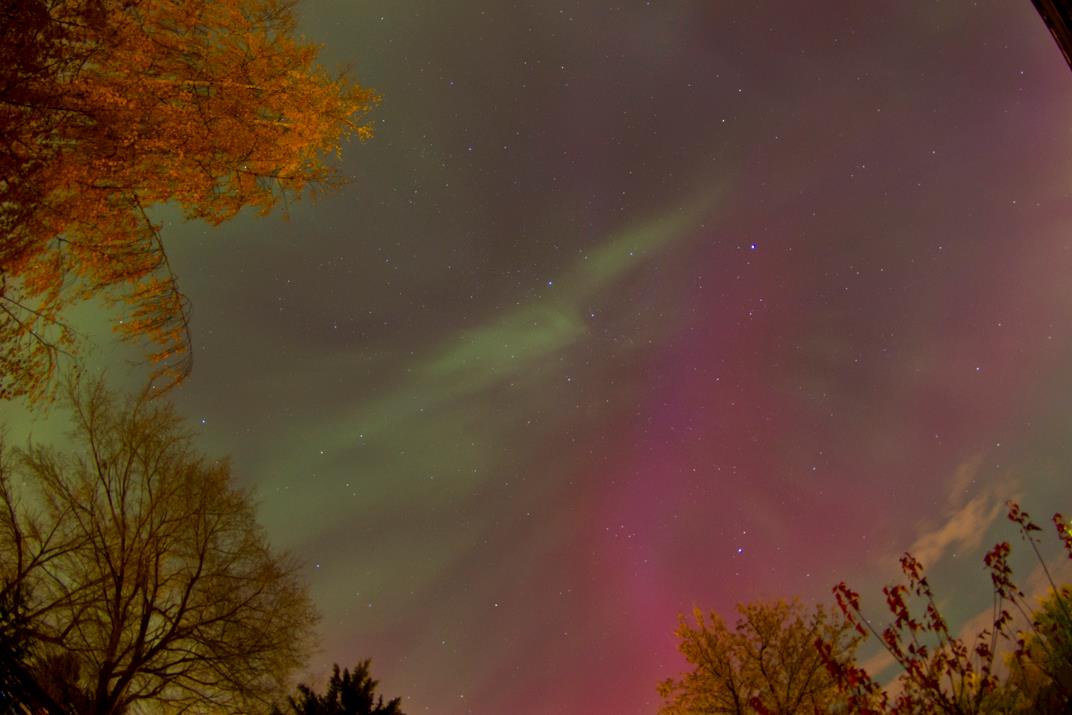 Bottom line: When charged particles from the sun strike atoms in Earth’s atmosphere, they cause electrons in the atoms to move to a higher-energy state. When the electrons drop back to a lower energy state, they release a photon: light. This process creates the beautiful aurora, or northern lights.

Thank you! Your submission has been received!
Oops! Something went wrong while submitting the form.
END_OF_DOCUMENT_TOKEN_TO_BE_REPLACED

We love sunflowers! Your best photos

Record-breaking heat in the UK