There have been at least two confirmed eruptions of undersea volcanoes in Spain’s Canary Islands this week, with more than 600 people evacuated.

Officials are saying that the threat from undersea volcanic eruptions in the Canary Islands this week has eased, after more than 600 people were evacuated from the coastal town of La Restinga on the island of El Hierro.

Two new volcanic eruptions were confirmed on Wednesday near Spain’s El Hierro island – the smallest and most volcanically active island in the Canaries – but David Calvo, who is an investigator for the Instituto Vulcanológico de Canariastold in the Canaries told Spanish National Radio today (October 13, 2011) that while authorities remain vigilant, there is no cause for alarm.

The Canary Islands are a Spanish archipelago, or island chain, located just off the northwest coast of mainland Africa.

Ibtimes.com reported on October 13 that local experts were still trying to determing whether the subsea volcanic vent is widening and, if so, if it’s widening in the direction of land.

In summer 2011, El Hiero underwent a record-breaking 720 earthquakes in one week. Nearly all the earthquakes were small, less than magnitude 3.0. There were worries at the time about tsunamis, but tsunamis did not occur.

El Hierro has the largest number of volcanoes in the Canaries with over 500 open sky cones, another 300 covered by the most recent outflows, and some 70 caves and volcanic galleries. Since the Spanish occupation, there have been seven eruptions. More than 200 years have elapsed since the last eruption.

Now that has changed with at least two undersea eruptions this week in the Canaries. 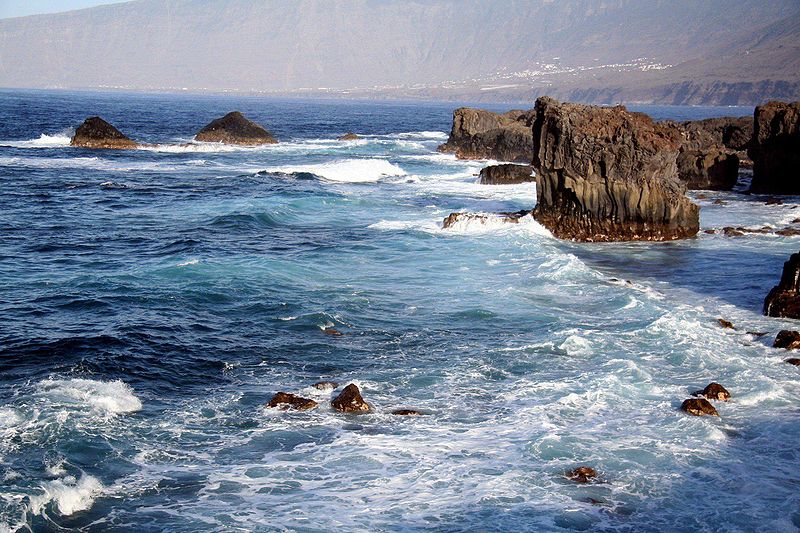 Coastline on the volcanically active island of El Hierro in the Canary Islands. Image Credit: Bjoern Hoernitz and Wikimedia Commons