View from space: US west continues to burn

Satellite images show wildfires burning across the U.S. west in September, 2012. This wildfire season will likely break the U.S. record for most acres burned.

The first two images below are from NASA’s Aqua satellite, showing wildfires burning across the American west in September, 2012. The bottom two images are from people on the ground in Washington state, watching the smoke-filled skies.

Wildfires have burned throughout the western United States for months. Major blazes first emerged in New Mexico in May 2012, then began to turn up in Colorado and Idaho in large numbers. Most recently, fires have surged in California and Washington. According to NASA, the 2012 wildfire season will likely break the U.S. record for most acres burned. 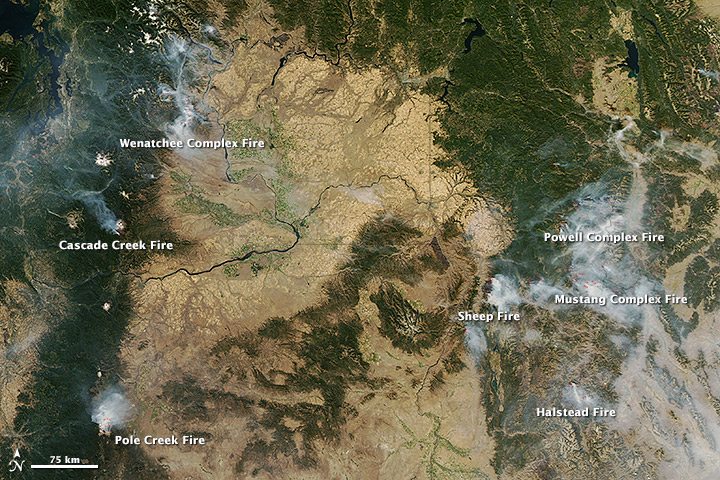 On September 17, 2012, when the Aqua satellite acquired the image above in northern Idaho and Washington state, numerous fires continued to rage. Some, like the Halstead and Mustang Complex fires in Idaho, have been burning for months. Others, like the Pole Creek and Sheep fires, were ignited in just the past few weeks. 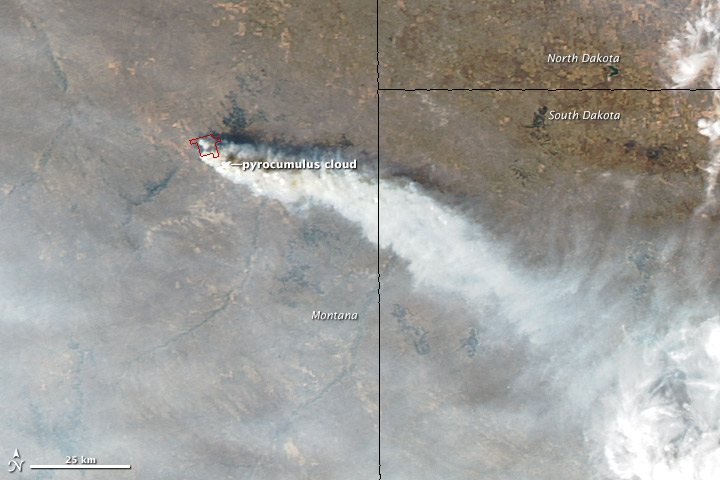 Meanwhile, Montana’s Dugan fire (image above) was discovered in Custer National Forest as recently as September 14, 2012.

The National Interagency Fire Center has been keeping records on acreage burned each year since 1960. The previous record in the United States for the most acres burned in a year was set in 2006. That year, more than 9.8 million acres burned. In 2012, fire had burned nearly 8.4 million acres (3.4 million hectares) across the United States as of September 18, 2012 — an area larger than the state of Maryland. Idaho, Oregon, and Montana were hardest hit. Idaho alone accounted for 18 percent of the land burned across the United States in 2012; Oregon accounted for 15 percent, and Montana 11 percent. The 2012 wildfire season is expected to set a new record for acres burned.

The size and frequency of wildfires has increased significantly in the western United States over the past few decades. Scientists believe the increase is due largely to climate change and changing forestry practices. Warming temperatures have decreased winter snow cover, hastened the arrival of spring, and intensified heat waves across much of the U.S. West. All of these factors exacerbate wildfires.

In addition, decades of aggressive fire suppression have left denser forests and abundant fuel on the ground, which makes fires more difficult to control.

The moon as seen from Odessa, Washington on September 24, 2012. This photo is from EarthSky Facebook friend Susan Jensen. Thank you, Susan. Make larger.