View from space: India by night and by day

Two photos taken by ISS astronauts – one at night and the other in daylight – show the peninsula of southern India. 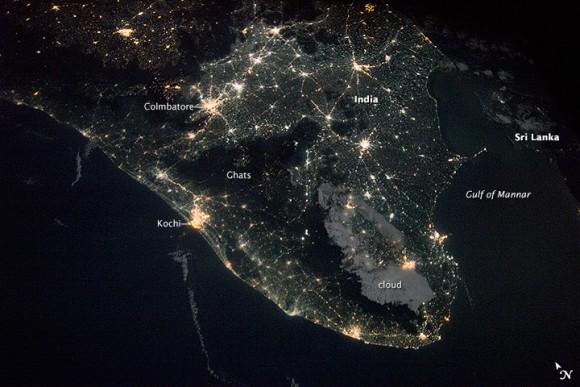 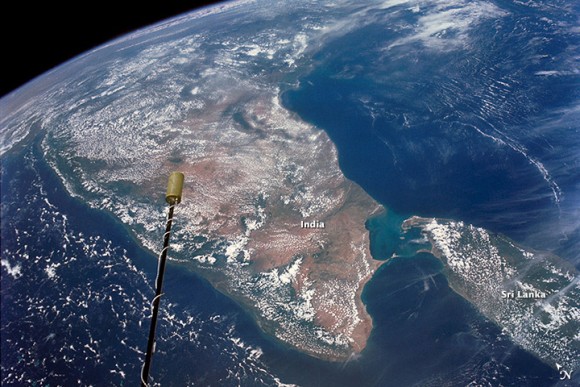 The night image of the Indian peninsula was taken from the International Space Station (ISS) on January 15, 2015. It shows with clarity and surprising detail the human geography of cities of different sizes, such as Kochi and Coimbatore, and the highways that connect cities. The almost unpopulated hilly escarpment, known as the southern Ghats, is a dark zone parallel to the coast. A patch of clouds are illuminated by a nearly-full moon.

The daylight photo was taken by the crew of the Gemini 11 spacecraft back in September 1966. You can see coastlines and land surface color, but no details of human geography. This classic view was taken on an early space flight at a similar altitude to that of the ISS. Patterns of bright white cloud cover much of the land surfaces of India and Sri Lanka.

Bottom line: Two astronaut photos, one from 2015 and one from 1966, show the southern peninsula of India by night and by day.