Scientists are studying the increasingly fast rate of summertime ice melt in Greenland. See a new NASA video, plus illustrations of the 2015 melt season.

Here’s a new ScienceCast from NASA, about studies of Greenland melting. The video begins:

More than 90 percent of our planet’s freshwater ice is bound in the massive ice sheets and glaciers of the Antarctic and Greenland. As temperatures around the world slowly climb, melt waters from these vast stores of ice add to rising sea levels. All by itself, Greenland could bump sea levels by 7 meters (23 feet) if its ice melted completely.

Want to learn more about why and how Greenland glaciers are melting, and how scientists are studying this? Watch this video.

The 2015 summertime season for extensive Greenland ice melt has now ended. You can follow Greenland’s progress as wintertime ice returns at the National Snow and Ice Data Center. 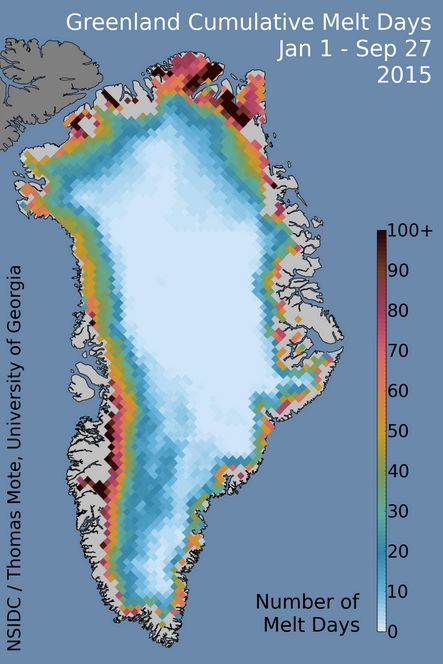 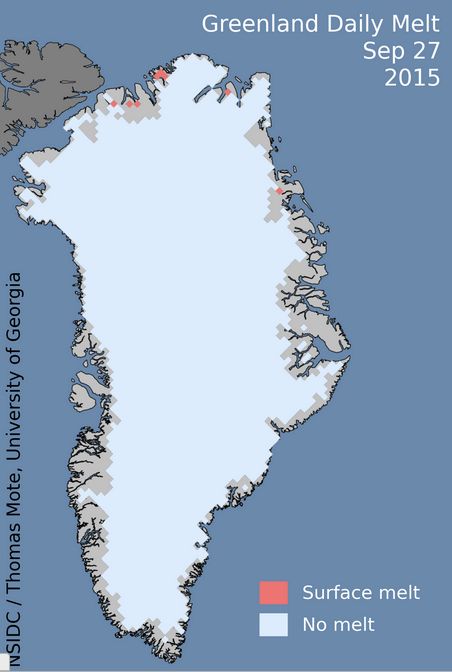 As of this month, ice is returning to Greenland for the winter season. Image via National Snow and Ice Data Center. 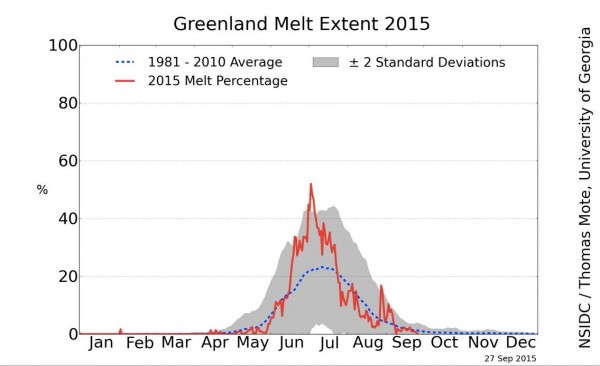 In 2015, ice melt extent in Greenland was above average. Image via National Snow and Ice Data Center.