Use of media can save lives in bad storms

A new study shows that the risk of injury from tornados and severe storms can be reduced significantly with the use of certain media. 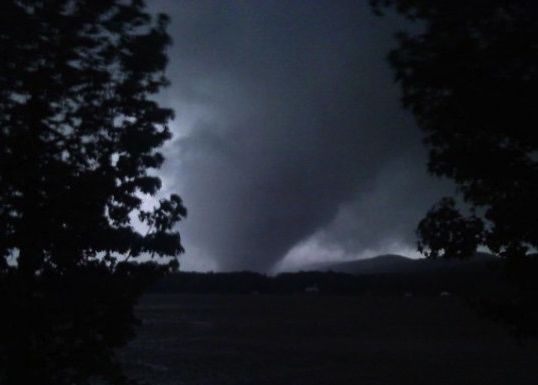 Tornado in Shoal Creek Valley, Alabama on April 27, 2011. Investigators found that the use of media helped protect people from harm.

In April 2011, several dozen devastating tornados struck in the U.S. Southeast. Researchers at the Centre for Public Health of the Medical University of Vienna used this third-largest series of tornados in U.S. history to learn that people who used media intensively for education, during the April 25-28, 2011 U.S. tornado outbreak, had a significantly lower risk of injury. The greatest protection came from the use of television and Internet, these researchers say. Warnings via social media such as Twitter and Facebook also worked particularly well. The journal PLOS ONE published this study on December 18, 2013.

Thomas Niederkrotenthaler led the study, which investigated how behavioural factors may reduce or increase the risk of injury. The researchers particularly concentrated on the media use by those affected, which, they say, had never been scientifically investigated in this context so far. Niederkrotenthaler said in a press release:

The media carried out excellent work. It accurately predicted the streets and the locations through which the tornados would pass, and continuously provided information about changes in the predictions. The corresponding media users could thus effectively protect themselves from the consequences of the storms.

The great protective effect of media has its cause in an important characteristic feature of tornados because unlike hurricanes, its exact course can only be predicted shortly before its arrival. The target forecast lead time of the U.S. National Weather Service is just 15 minutes.

Bottom line: The use of media can help protect people from harm during tornados and severe storms.

Read more about this study via Medical University of Vienna