Although Tornado Alley is still tops, vulnerable regions east of the Great Plains are catching up, according to a new study. 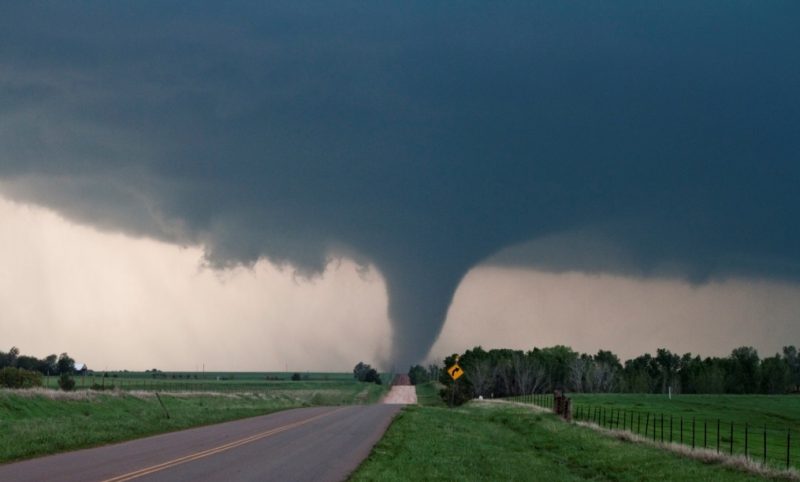 A new study suggests that over the past four decades, tornado frequency has increased over a large swath of the U.S. Midwest and Southeast. The researchers also found that meanwhile, tornado activity has decreased in portions of the central and southern Great Plains – parts of Texas, Oklahoma and northeast Colorado – a region traditionally associated with Tornado Alley.

Although Tornado Alley remains the top zone for tornadoes in the United States, other areas, including the so-called Dixie Alley that includes much of the lower Mississippi Valley region, are catching up. 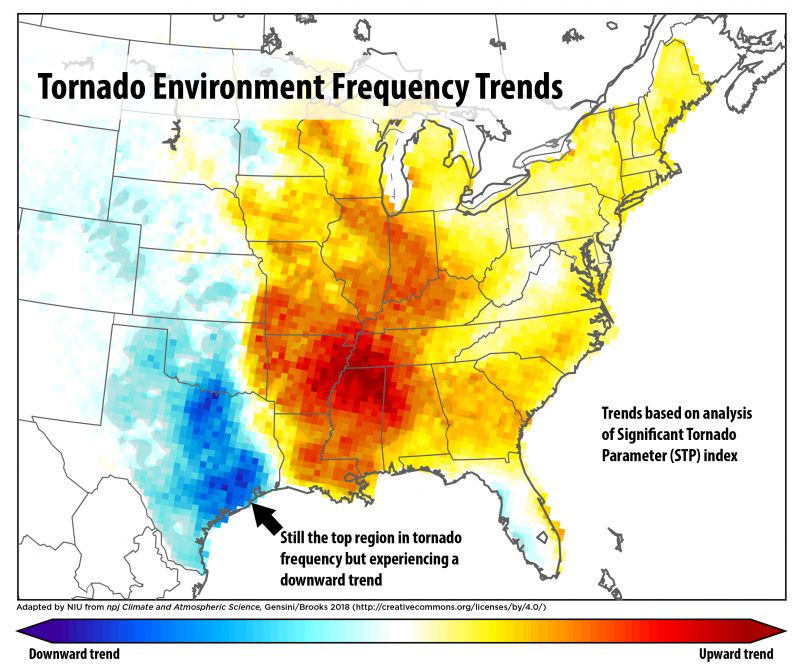 Victor Gensini is a meteorology professor at Northern Illinois University and lead author of the study, published October 17, 2018, in the peer-reviewed journal Climate and Atmospheric Science. Gensini said in a statement:

Regions in the Southeast and Midwest are closing the gap when it comes to the number of tornado reports.

It’s not that Texas and Oklahoma do not get tornadoes. They’re still the number one location in terms of tornado frequency, but the trend in many locations is down over the past 40 years.

The researchers tracked the number of tornado reports from 1979 to 2017. The study examined tornado frequency trends in fine-scale resolution using two separate approaches, Gensini said. Read about how the researchers conducted the study here.

Previous research has identified the U.S. Southeast as particularly vulnerable to tornadoes. Because of factors such as longer and larger tornado paths, expanding population density, mobile-home density and higher nighttime tornado probabilities, most tornado fatalities occur in the Southeast, particularly the mid-South region. Gensini said:

We’ve shown the tornado frequency trend is increasing in the Midwest and Southeast. While tornadoes can happen in all 50 states, if more tornadoes are happening in your area, you’re more susceptible to one of these disasters.

The researchers cannot say for sure whether the eastward uptick in tornado frequency might be caused by natural or human-induced climate change. Gensini said:

Clearly, there is a climate change signal here. What’s causing the change is still an open question.

Bottom line: According to a new study, U.S. tornado frequency is shifting eastward from Tornado Alley.