Was the Tully Monster – which left behind one of the strangest fossils ever discovered – a vertebrate or an invertebrate? The mystery continues.

Artist’s illustration of how the Tully Monster would have looked. Image via PaleoEquii/Wikipedia, CC BY-SA/Phys.org.

Evolution can be very weird sometimes, producing creatures that are so bizarre-looking, you might think they must be aliens. Such is the the case with the Tully Monster, a marine animal that kind of looked like a giant slug and lived about 300 million years ago. Now, a new study shows that this ancient creature may be even more mysterious than previously thought.

New peer-reviewed findings were published in the October 2019 issue of Proceedings of the Royal Society B: Biological Sciences.

The famed Tully Monster fossil – formally known as Tullimonstrum – was first discovered at Mazon Creek in in Illinois in the 1950s. Ever since it was found, scientists have been unable to agree on whether Tully was a vertebrate (with a backbone) or an invertebrate (no backbone). A previous report in 2016 claimed that Tully must be a vertebrate.

The once-living creature is indeed one of the strangest ever discovered, with a slug-like body and long thin appendage ending in a claw-like structure with two rows of conical teeth. Its eyes are at the end of long thin stalks, or rigid bars, like something out of a science fiction movie. It also had a vertical tail fin and a long, narrow dorsal fin. The Tully Monster wasn’t too big though, growing up to 14 inches (35 cm) long. As paleontologist Victoria McCoy at the University of Leicester put it:

I would rank the Tully Monster just about at the top of the scale of weirdness.

Another reconstruction of the Tully Monster. Image via Sean McMahon via EurekAlert/Scientific American.

But now the new findings from Chris Rogers at University College Cork are challenging that consensus.

One of the main pieces of evidence that led to Tully previously being declared a vertebrate was that its eyes contained pigment granules called melanosomes, which are arranged by shape and size in the same way as those in vertebrate eyes.

But the new research has called that into question, pointing out that some invertebrates – such as octopus and squid – do have melanosomes that are similar to the ones found in Tully.

So how did Rogers and his team determine this?

They used a kind of particle accelerator called a synchrotron radiation lightsource, at Stanford University in California, which can examine the chemical makeup of both fossils and living animals. According to Rogers:

To do this, we used a type of particle accelerator called the Stanford Synchrotron Radiation Lightsource (SSRL) located at Stanford University in California. This allowed us to explore the chemical makeup of samples from fossils and from animals living today. The synchrotron bombards specimens with intense bursts of radiation to “excite” the elements within them. When excited, each element releases X-rays with a specific signature. By detecting the emitted X-ray signatures, we can tell what elements were excited and ultimately what the specimen we’re interested in is made of. 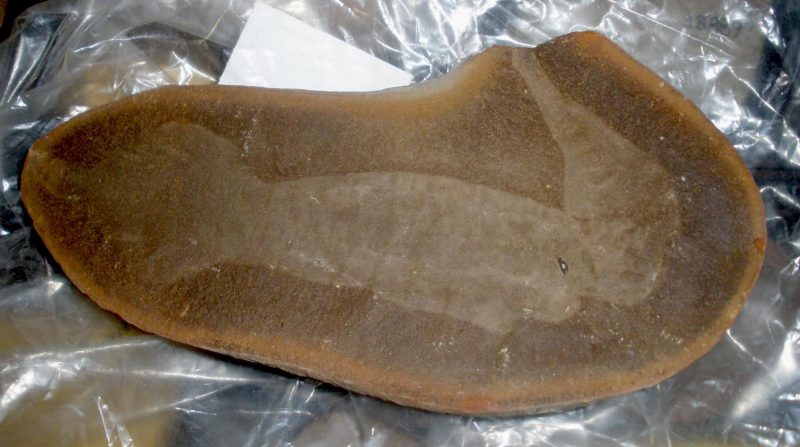 That same pattern of zinc and copper was then also found in fossils from Mazon Creek, where the Tully fossil had been discovered. So the researchers then examined the eyes of the Tully fossil itself. The zinc to copper ratio was found to be more similar to that of invertebrates, challenging the previous conclusion that Tully was a vertebrate.

But there was also another twist. The copper in Tully’s eyes was a different type of copper from that normally found in the eyes of both vertebrates and invertebrates, confusing the issue even further. 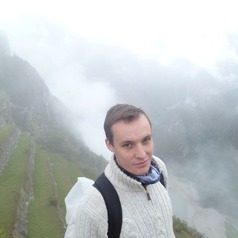 In light of these findings, the debate over Tully still continues. While new evidence suggests it was an invertebrate, it isn’t a slam-dunk case yet, either. Only further testing and analysis will help to finally determine what kind of species Tully really was.

Bottom line: The Tully Monster – one of the most bizarre fossils ever found – is still a mystery as to whether it was a vertebrate or an invertebrate, according to a new study.

Source: Synchrotron X-ray absorption spectroscopy of melanosomes in vertebrates and cephalopods: implications for the affinity of Tullimonstrum