A new study that analyzed rock from deep within the Chicxulub impact crater helps reveal what happened within the first 24 hours after the asteroid impact that doomed the dinosaurs. 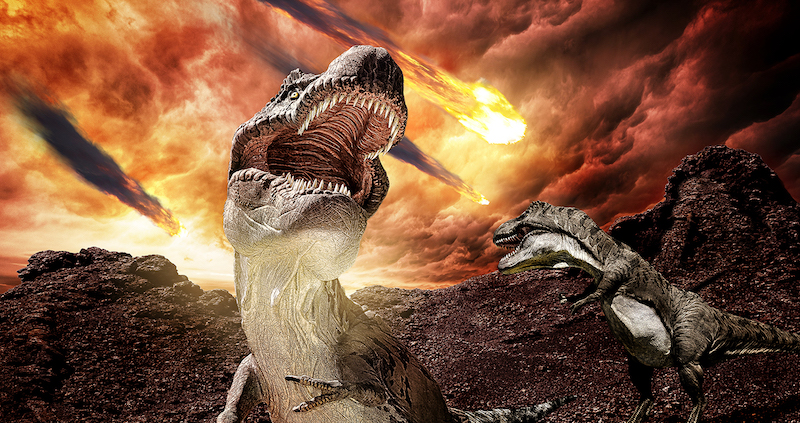 Scientists have long believed that the end of the dinosaurs came as a result of a giant asteroid that crashed into Earth about 66 million years ago. Now, a new study by an international team of geologists, published in the peer-reviewed journal Proceedings of the National Academy of Sciences on September 9, 2019, has found hard evidence of the theory by analyzing the hundreds of feet of rocks that filled the impact crater within the first 24 hours after impact.

The geologists say the evidence shows that the asteroid impact caused wildfires, triggered tsunamis and blasted so much sulfur into the atmosphere that it blocked the sun, which caused the global cooling that ultimately doomed the non-avian dinosaurs.

The researcher drilled 1,640 to 4,265 feet (500 to 1,300 meters) into the seafloor below the Chicxulub crater off the coast of what’s now Mexico, in order to extract core samples of the rocks which filled the crater within 24 hours after the asteroid hit. 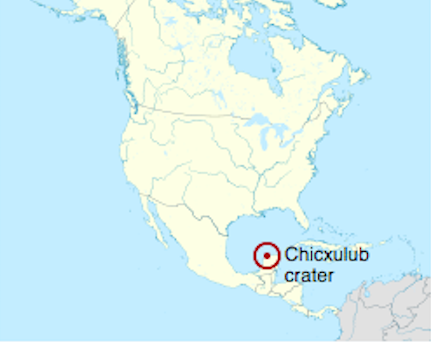 Sean Gulick, a research professor at the University of Texas Institute for Geophysics (UTIG) at the Jackson School of Geosciences, is lead author of the study. Gulick said in a statement:

It’s an expanded record of events that we were able to recover from within ground zero. It tells us about impact processes from an eyewitness location.

The asteroid impact that formed the Chicxulub crater on the Yucatán Peninsula in Mexico, where this research was carried out, is thought to be the cause of the late Cretaceous Period mass extinction event which led to 76 per cent of all plant and animal species world-wide, including all non-flying dinosaurs, being killed off.

According to the researchers, most of the material that filled the crater within hours of the asteroid’s impact was either produced at the impact site, or swept in by seawater pouring back into the crater. Just one day deposited about 425 feet (130 meters) of material, said the geologists, a rate that’s among the highest ever encountered in the geologic record. That breakneck rate of accumulation means that the rocks in the crater record what was happening within and around the crater in the minutes and hours after the impact.

According to a University of Texas statement:

Researchers estimate the asteroid hit with the equivalent power of 10 billion atomic bombs of the size used in World War II. The blast ignited trees and plants that were thousands of miles away and triggered a massive tsunami that reached as far inland as Illinois. Inside the crater, researchers found charcoal and a chemical biomarker associated with soil fungi within or just above layers of sand that shows signs of being deposited by resurging waters. This suggests that the charred landscape was pulled into the crater with the receding waters of the tsunami. 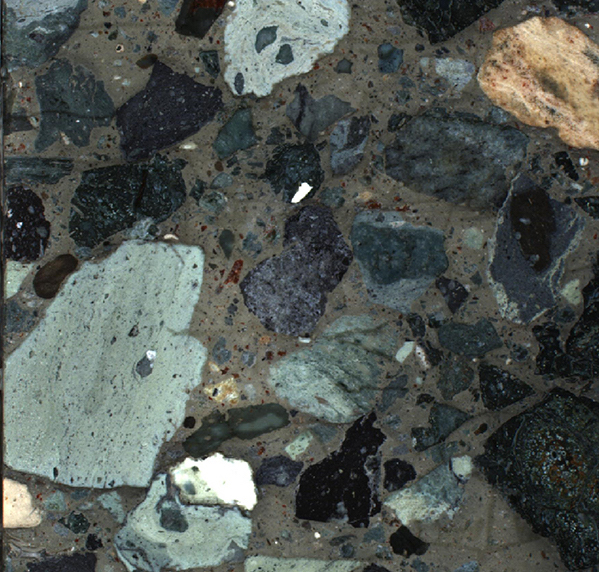 A portion of the drilled cores from the rocks that filled the crater. Scientists found melted and broken rocks such as sandstone, limestone and granite — but no sulfur-bearing minerals, despite the area’s high concentration of sulfur containing rocks. This finding suggests that the impact vaporized these rocks forming sulfate aerosols in the atmosphere, causing cooling on the global scale. Image via International Ocean Discovery Program.

One of the most important findings from the research is what was missing from the core samples. The area surrounding the impact crater is full of sulfur-rich rocks. But there was no sulfur in the core. This lack supports the idea that when the asteroid hit, sulfur from the crater was vaporized into the atmosphere, where it wreaked havoc on the Earth’s climate, reflecting sunlight away from the planet and causing global cooling. Researchers estimate that at least 325 billion metric tons would have been released by the impact. To put that in perspective, that’s about four orders of magnitude greater than the sulfur that was spewed during the 1883 eruption of Krakatoa — which cooled the Earth’s climate by an average of 2.2 degrees Fahrenheit (1.2 degrees Celsius) for five years.

Although the asteroid impact created mass destruction at the regional level, it was this global climate change that caused a mass extinction, killing off the dinosaurs along with most other life on the planet at the time, Gulick said.

The real killer has got to be atmospheric. The only way you get a global mass extinction like this is an atmospheric effect. 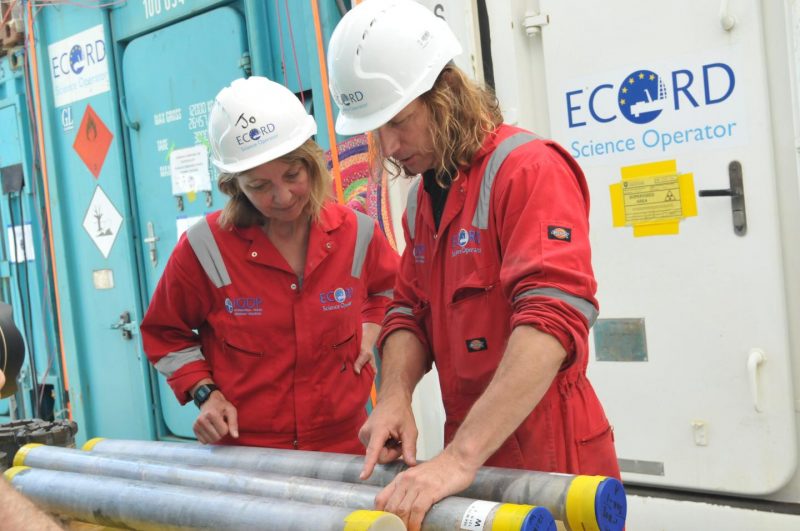 Bottom line: A new study analyzed rock from deep within the Chicxulub impact crater to learn what happened immediately after the asteroid impact that doomed the dinosaurs.

Source: The first day of the Cenozoic

Via The University of Texas at Austin and Curtin University