To embrace or not to embrace non-native species

Nineteen ecologists argue in the journal Nature we need to rethink management strategies for controlling non-native species. Do you agree?

The presence of non-native species in local ecosystems is becoming an increasingly common feature of a globalized world and a growing challenge to manage. While not all introduced species are harmful, some exotic species turn invasive and can cause significant damage to biodiversity, human health and the economy. In an essay published on June 8, 2011 in the journal Nature, Mark Davis and 18 other ecologists argue that the time is ripe to rethink management strategies for controlling introduced species and to re-prioritize intervention efforts onto those species that cause or are likely to cause the most harm.

In other words, they say, conservationists should assess organisms on environmental impact rather than on whether they are natives. Do you agree?

Exotic species are introduced into new environments by people through both intentional and unintentional pathways. Kudzu – nicknamed the “vine that ate the south” due to its extensive growth in the southeastern United States – is an example of an intentional introduction with unintended consequences.

The vine was originally introduced to the U.S. from East Asia as an ornamental plant at the 1876 Centennial Exposition in Philadelphia, Pennsylvania and has since spread extensively across the landscape.

Unintentional species introductions occur during the transport of products across the globe. Often, exotic species are hidden away in the ballast water of ships, in wood packaging and in agricultural commodities. Many countries spend a great deal of time, effort and money to prevent these types of introductions through the use of regulations and inspection programs. Nobody is arguing that such prevention efforts aren’t worthwhile. 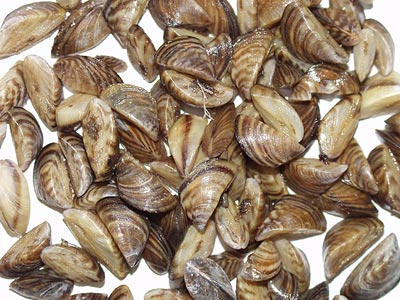 Zebra mussels, which can travel on trailered boats into new waterways, have caused millions of dollars in maintenance and removal costs in the Great Lakes and the Mississippi River drainage. Image Credit: USGS

The ecologists acknowledge that it is largely impractical today to maintain ecosystems in pristine states composed entirely of native organisms.

The authors of the essay published in Nature aren’t recommending that conservationists abandon their efforts to manage introduced species that are causing serious problems, but they are pushing for greater use of scientific evidence in the demonstration of harm caused by non-native species and in the effectiveness of control measures.

Lead author Mark Davis is a Professor of Biology at Macalester College in Saint Paul, Minnesota, and is currently investigating what makes ecological communities vulnerable to invasions at the Cedar Creek Long-Term Ecological Research Station.

What do you think? Is the genie out of the bottle on non-native species? Do you agree with author Mark Davis and 18 other ecologists who write in Nature that that we should rethink management strategies for controlling them?

Is an all-out war against non-native species likely to happen? If it happens, is it likely to work?

How should the world approach this problem as the 21st century progresses?

More than 300 new species discovered in the Philippines