A five-minute explosion from Tungurahua volcano shot hot gas and rock 6 miles (10 km) into the air on April 4, 2014. More explosions and tremors followed.

Tungurahua volcano in Ecuador erupted powerfully and explosively on Friday (April 4, 2014), sending a 6-mile (10-km) column of ash skyward. AP reports that the initial five-minute explosion shot hot gas and rock onto the volcano’s northern and northwestern flanks and that a second, four-minute explosions and five lesser tremors followed.

Tungurahua is from the Quichua word tunguri (throat) and rahua (fire): “Throat of Fire.” 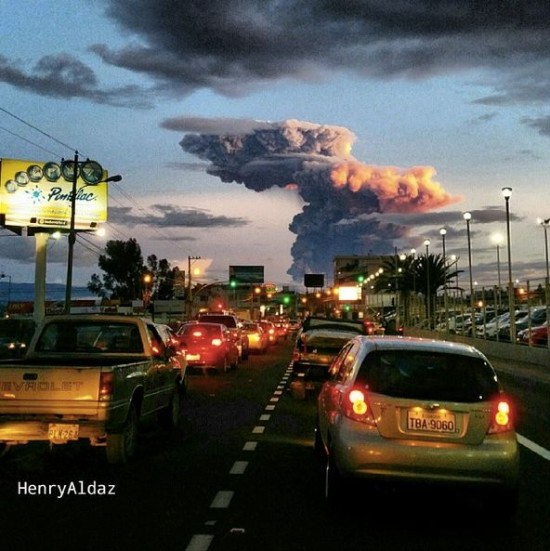 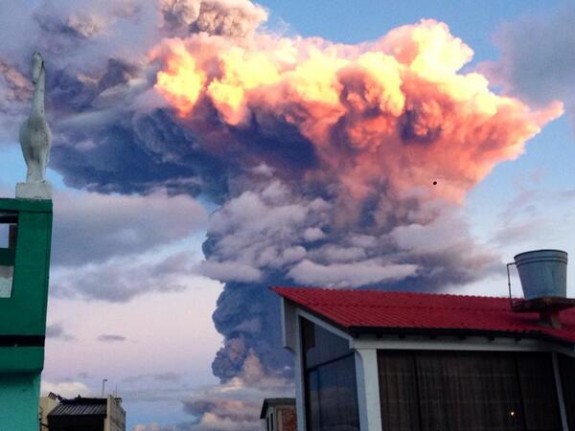 Ash cloud from Tungurahua volcano, by Daya Camacho, via @tweet_quake on Twitter. 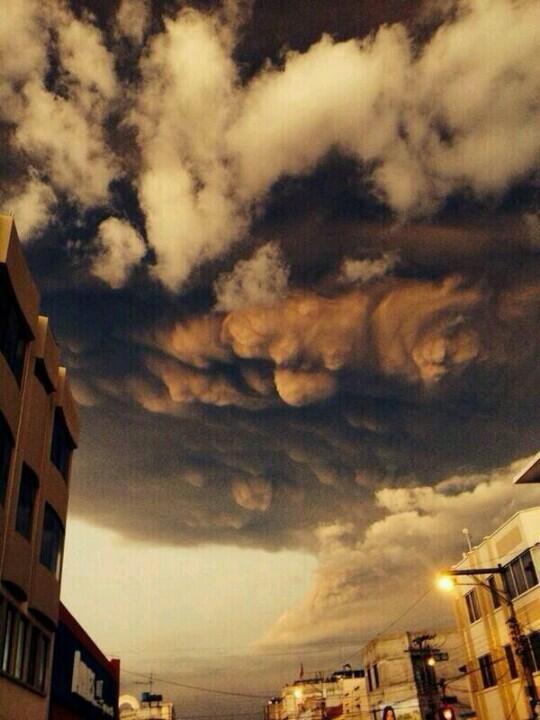 Another shot of the ash cloud from Tungurahua volcano, by Daya Camacho, via @tweet_quake on Twitter. 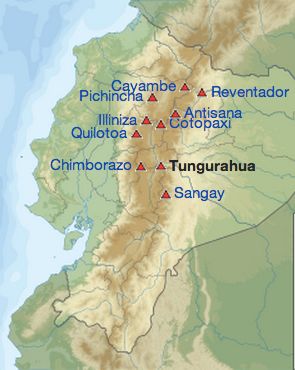 Major volcanos in Ecuador via Wikipedia

Tungurahua volcano is an active stratovolcano. This type of volcano is built up by many layers (strata) of hardened lava, tephra, pumice, and volcanic ash. Unlike shield volcanoes, stratovolcanoes are characterized by periodic explosive eruptions and quiet eruptions.

Tungurahua been erupting periodically since 1999. Its eruptions have been ongoing since 2013, with several major eruptions since then, the last one prior to yesterday’s starting on February 1 of this year. AP reports that the 2014 eruptions of this volcano have affected a third of Ecuador’s provinces and temporarily closed a regional airport.

In 2006, a pyroclastic cloud from Tungurahua killed four people and left two missing. 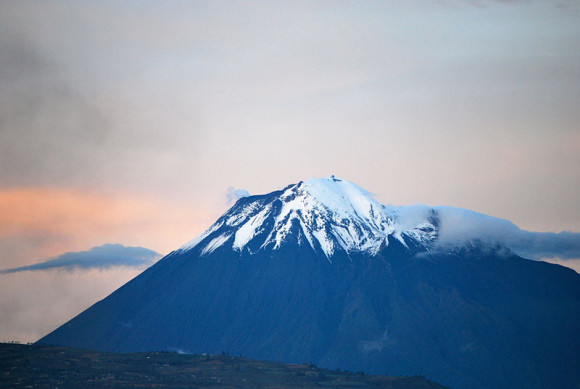