T. rex had an air conditioner in its head

How did the huge dinosaurs stay cool?  According to a new study, they did it much as today’s alligators do, with a built-in ‘air conditioner’ on the top of their skulls.

How did the Tyrannosaurus rex, one of the largest meat-eating dinosaurs, regulate its body temperature? The giant reptile had a built-in “air conditioner” via two large holes in the roof of its skull, according to a team of researchers, who suggest that blood vessels acted as an internal thermostat on a T. rex, much like alligators have today for body temperature control.

The new study, published July 1, 2019, in the peer-reviewed journal The Anatomical Record, challenges over a century of previous beliefs. In the past, scientists believed two large holes — called the dorsotemporal fenestra — were filled with muscles that assisted with jaw movements. But that assertion puzzled University of Missouri’s Casey Holliday, lead author of the study. Holliday said in a statement:

It’s really weird for a muscle to come up from the jaw, make a 90-degree turn, and go along the roof of the skull. Yet, we now have a lot of compelling evidence for blood vessels in this area, based on our work with alligators and other reptiles. 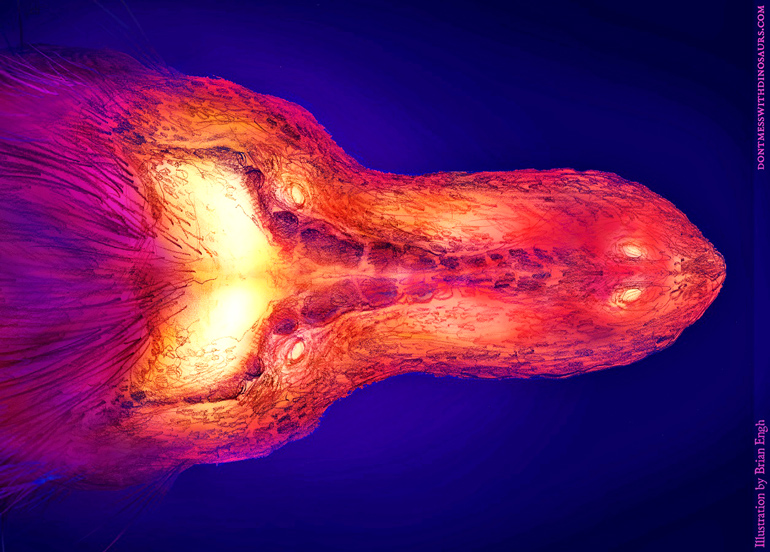 A graphic thermal image of a T. rex skull. Image via Brian Engh.

The researchers used thermal imaging – devices that translate heat into visible light – to study alligators at a zoological park in Florida. They believe their evidence offers a different theory and new insight into the anatomy of a T. rex’s head. University of Florida’s Kent Vliet is a study co-author. He said:

An alligator’s body heat depends on its environment. Therefore, we noticed when it was cooler and the alligators are trying to warm up, our thermal imaging showed big hot spots in these holes in the roof of their skull, indicating a rise in temperature. Yet, later in the day when it’s warmer, the holes appear dark, like they were turned off to keep cool. This is consistent with prior evidence that alligators have a cross-current circulatory system – or an internal thermostat, so to speak. 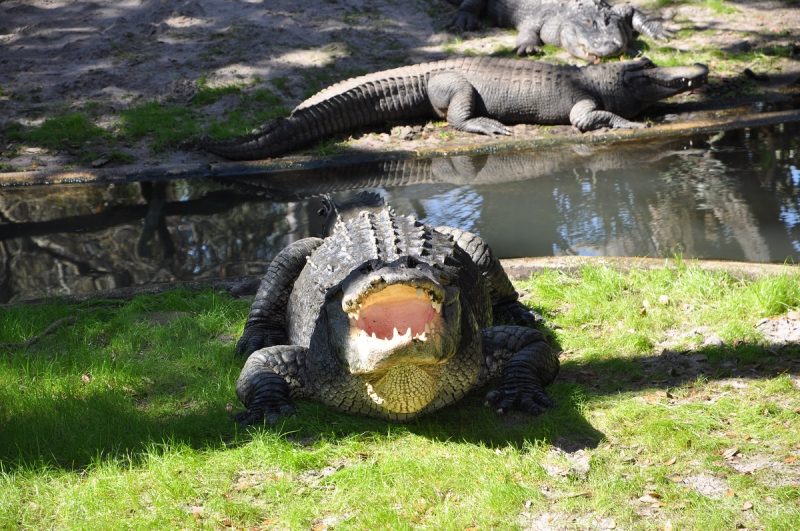 An alligator’s body heat depends on its environment. The researchers found when alligators are trying to cool off, the holes in the roof of their skulls were dark, as if they were turned off. Image via University of Missouri. 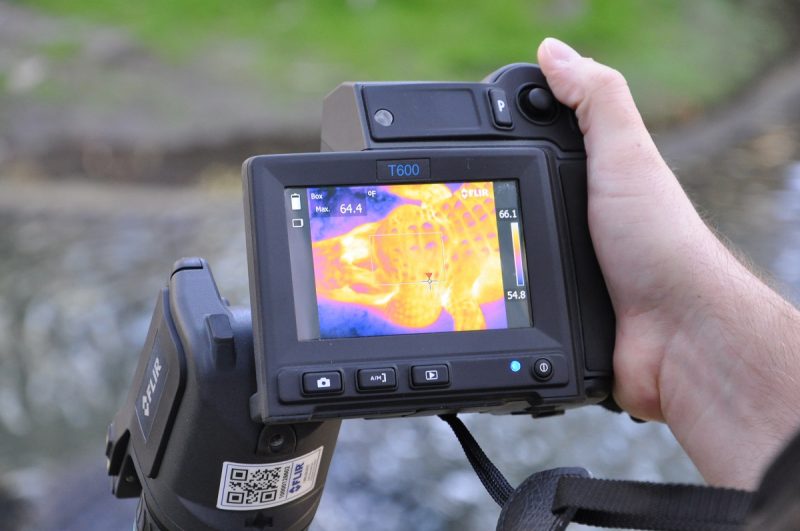 Thermal imaging — devices that translate heat into visible light — allowed researchers to capture the body heat of alligators at the St. Augustine Alligator Farm Zoological Park in Florida. Image via University of Missouri.

The researchers took their thermal imaging data and examined fossilized remains of dinosaurs and crocodiles to see how this hole in the skull changed over time. Study co-author Larry Witmer, of Ohio University, said:

We know that, similarly to the T. rex, alligators have holes on the roof of their skulls, and they are filled with blood vessels. Yet, for over 100 years we’ve been putting muscles into a similar space with dinosaurs. By using some anatomy and physiology of current animals, we can show that we can overturn those early hypotheses about the anatomy of this part of the T. rex’s skull. 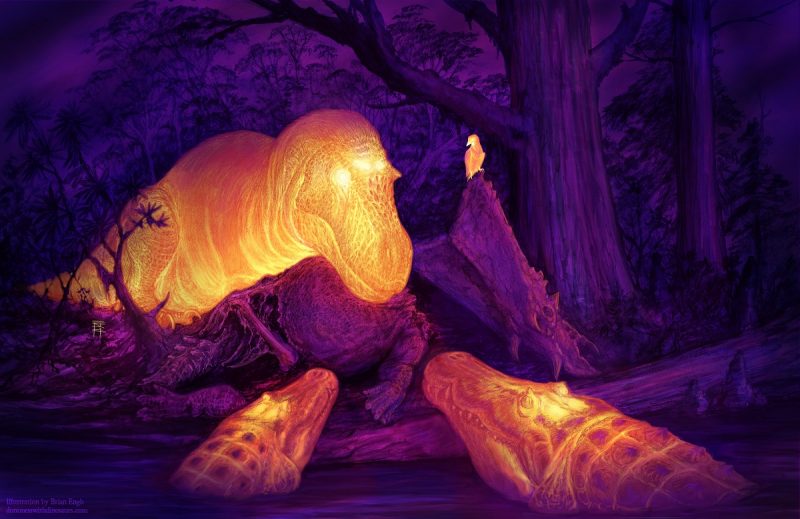 Artist’s concept of a thermal image of a T. rex with its dorsotemporal fenestra glowing on the skull. Image via Brian Engh.

Bottom line: A new study says a structure in the top of the T. rex skull helped the dinosaur regulate its body temperature.

Source: The Frontoparietal Fossa and Dorsotemporal Fenestra of Archosaurs and Their Significance for Interpretations of Vascular and Muscular Anatomy in Dinosaurs