Swollen rivers in Queensland, Australia are carrying heavy sediment loads to the coast. This natural-color image was captured yesterday by instrumentation aboard NASA’s Aqua satellite.

Rivers in Queensland – which began flooding in late 2010, with the floods getting worse in recent weeks – are also carrying heavy sediment loads to the coast. 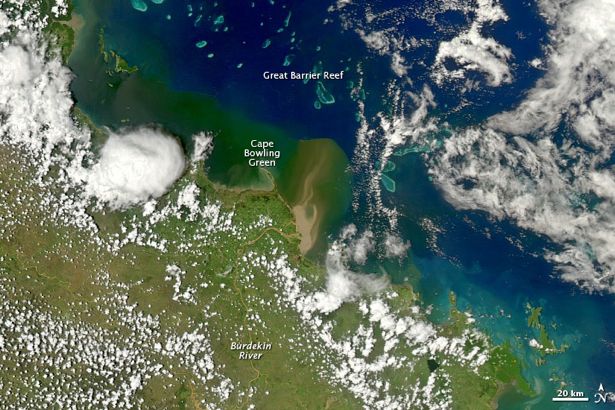 This natural-color image was captured yesterday by instrumentation aboard NASA’s Aqua satellite. Here you see the Burdekin River – the waters around Cape Bowling Green – turned muddy brown, as a thick plume of sediment approached the famous Great Barrier Reef. The devastating floodwaters across the Australian state of Queensland – which now cover an area the size of France and Germany combined – might not recede for weeks, according to the state’s Premier Anna Bligh.