One more element may soon be added to the Periodic Table. On September 10, 2013, scientists reported evidence supporting the existence of element 115.

One more element may soon be added to the Periodic Table. On September 10, 2013, an international team of scientists working at the GSI Helmholtz Center for Heavy Ion Research in Darmstadt, Germany reported that they have acquired new evidence supporting the existence of element 115. The new evidence will be reviewed by the International Union of Pure and Applied Chemists (IUPAC), and if confirmed, element 115 will likely be given a new name and added to the Periodic Table of Elements. Its temporary name, which is being used as a placeholder, is ununpentium.

Element 115 is one of a number of superheavy elements—elements with an atomic number greater than 104—that are so short-lived, they can’t be detected in nature. Scientists can, however, synthesize these elements in a laboratory by smashing atoms together.

In 2004, scientists from the United States and Russia first reported the discovery of element 115. Unfortunately, the evidence from that research and a few more studies that followed was not enough to confirm the existence of a new element.

Now, scientists are developing new techniques to detect the presence of superheavy elements. In an experiment conducted at the GSI Helmholtz Center for Heavy Ion Research in Darmstadt, Germany, scientists successfully bombarded a thin layer of americium (atomic number 95) with calcium (atomic number 20) to produce ununpentium (atomic number 115). Ununpentium was observed with a new type of detector system that measured the photons that were released from the reaction. The unique photon energy profile for ununpentium can be thought of as the element’s fingerprint, the scientists say. 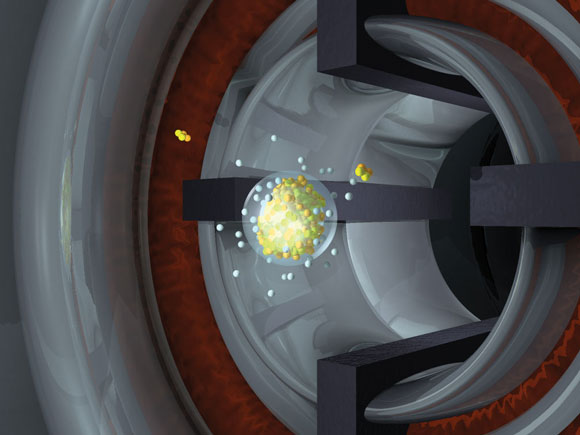 Dirk Rudolph, lead author of the new study and Professor at the Division of Nuclear Physics at Lund University in Sweden, commented on the findings in a press release. He said:

This can be regarded as one of the most important experiments in the field in recent years, because at last it is clear that even the heaviest elements’ fingerprints can be taken. The result gives high confidence to previous reports. It also lays the basis for future measurements of this kind.

The next step for element 115 will be for the IUPAC to review all of the evidence to date and make a decision as to whether more experiments are needed or if the current evidence is sufficient to support the discovery of a new element. If the latter occurs, the scientists who first discovered element 115 will be asked to formally submit a new name for the element. Then, the new name will be released for scientific review and public comment. If approved, the element along with its new name will be added to the Periodic Table of Elements. Element 115 is currently called ununpentium, which is just a placeholder until its formal name is established.

The new research about element 115 was published on September 10, 2013 in the journal Physical Review Letters. 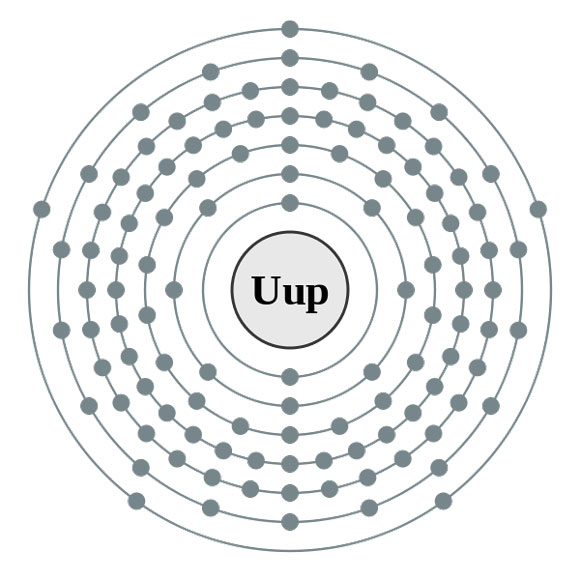 The research was supported by ENSAR (European Nuclear Science and Applications Research), the Royal Physiographic Society in Lund, the Swedish Research Council, the German Federal Ministry of Education and Research, the US Department of Energy and the UK Science and Technology Facilities Council.

Bottom line: On September 10, 2013, an international team of scientists working at the GSI Helmholtz Center for Heavy Ion Research in Darmstadt, Germany reported that they have acquired new evidence that supports the existence of element 115 (ununpentium). The research was published on September 10, 2013 in the journal Physical Review Letters. After the IUPAC reviews and confirms the evidence, element 115 will likely be given a new name and added to the Periodic Table of Elements.