A study targets thunderstorms in Alabama, Colorado and Oklahoma to discover what happens when clouds suck air miles into the atmosphere from Earth’s surface.

Scientists are targeting thunderstorms in Alabama, Colorado and Oklahoma this spring to discover what happens when clouds suck air many miles into the atmosphere from Earth’s surface.

The Deep Convective Clouds & Chemistry (DC3) Experiment, which begins in mid-May, 2012, will explore the influence of thunderstorms on air just beneath the stratosphere, a region high in our atmosphere that influences Earth’s climate and weather patterns. 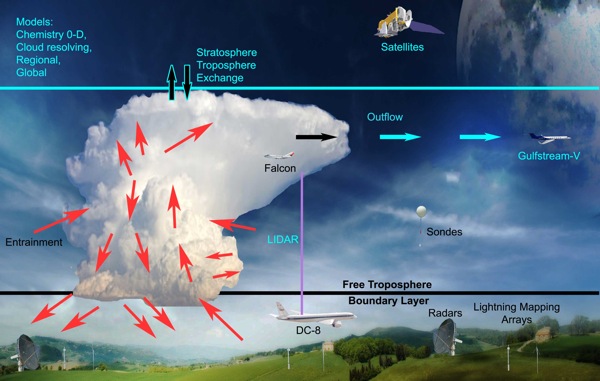 The chemistry of lightning and its role in atmospheric processes is central to DC3. Credit: NCAR

Scientists will use three research aircraft, mobile radars, lightning mapping arrays and other tools to pull together a comprehensive picture. 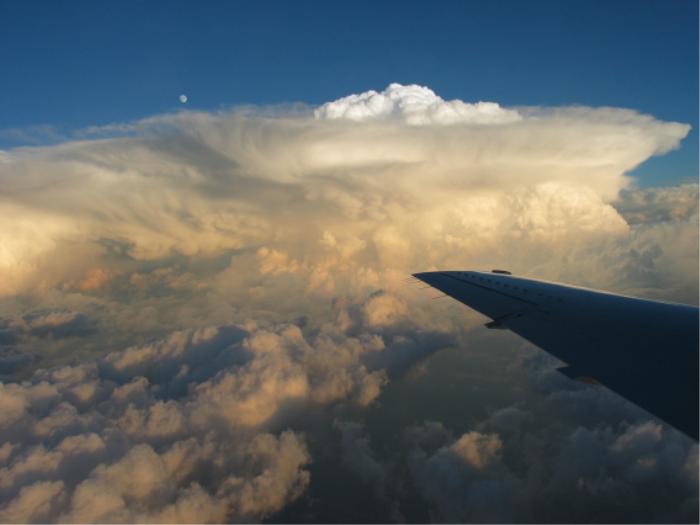 DC3 scientists will fly into the hearts of thunderstorms. Credit: NOAA

We tend to associate thunderstorms with heavy rain and lightning, but they also shake things up at the top of the cloud level.

Their effects high in the atmosphere in turn have effects on climate that last long after the storm dissipates.

The DC3 project will take a comprehensive look at both chemistry and thunderstorm details, including air movement, cloud physics and electrical activity.

One of the key goals of DC3 is exploring the role of thunderstorms in forming upper-atmosphere ozone, a greenhouse gas that has a strong warming effect high in the atmosphere.

When thunderstorms form, air near the ground has nowhere to go but up. Mary Barth is a principal investigator on the project. She said: 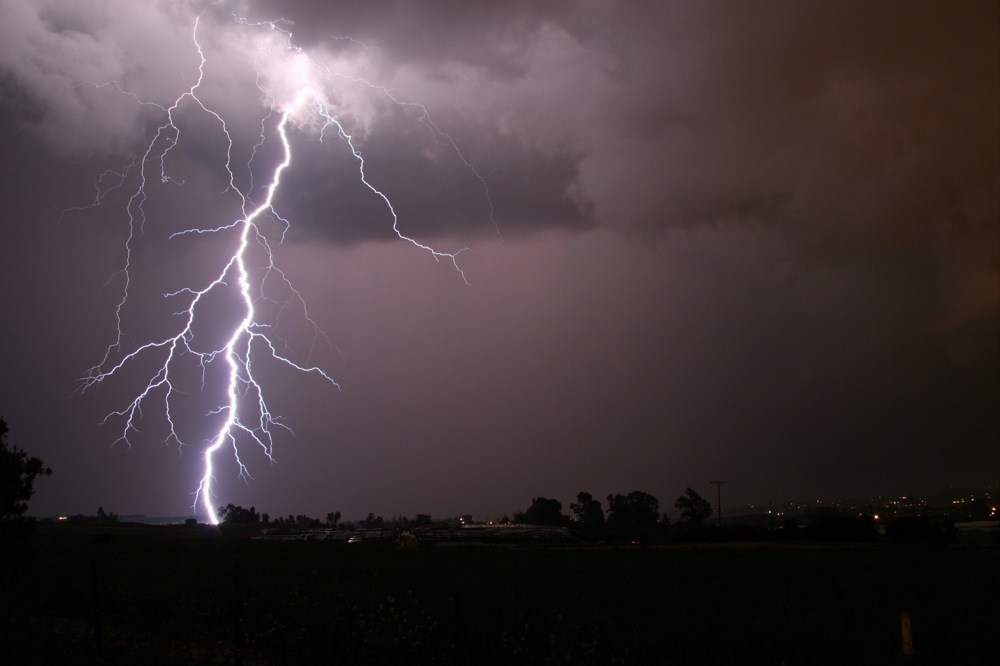 Spring thunderstorms are on the horizon for much of the U.S. midwest and other areas. Credit: NOAA

Suddenly you have an airmass at high altitude that’s full of chemicals that can produce ozone.

Ozone in the upper atmosphere plays an important role in climate change by trapping significant amounts of energy from the sun.

However, ozone is difficult to track because, unlike most greenhouse gases, it is not directly emitted by either pollution sources or natural processes. Instead, sunlight triggers interactions between pollutants such as nitrogen oxides and other gases, and those reactions create ozone.

The polluted airmasses don’t keep rising indefinitely because of the barrier between the troposphere and stratosphere, called the tropopause. Barth said: 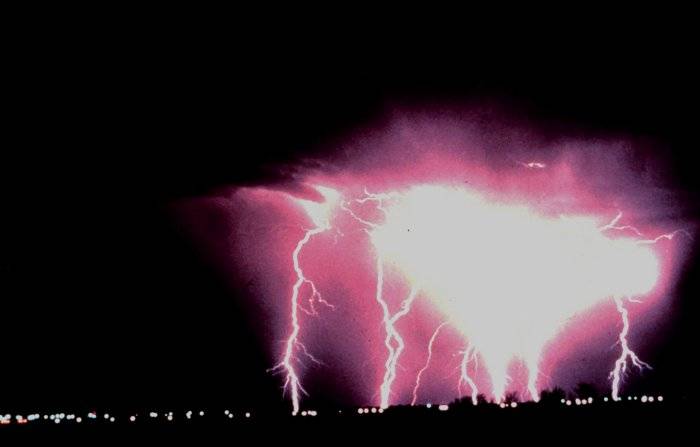 Thunderstorms and lightning play a key role in the chemistry of our atmosphere. Credit: NOAA

In the mid-latitudes, the tropopause is like a wall. The air bumps into it and spreads out.

The DC3 scientists will fly through these plumes to collect data as a storm is underway. They’ll fly again the next day to find the same air mass, using its distinctive chemical signature to see how it has changed over time.

The more different regions we can study, the more we can understand how thunderstorms affect our climate.

Bottom line: The Deep Convective Clouds & Chemistry (DC3) Experiment, which begins in mid-May, 2012, will explore the influence of thunderstorms on air just beneath the stratosphere, a region high in our atmosphere that influences Earth’s climate and weather patterns.