A recently published study confirms that native trees are most effective in hosting caterpillars, an important food for birds. 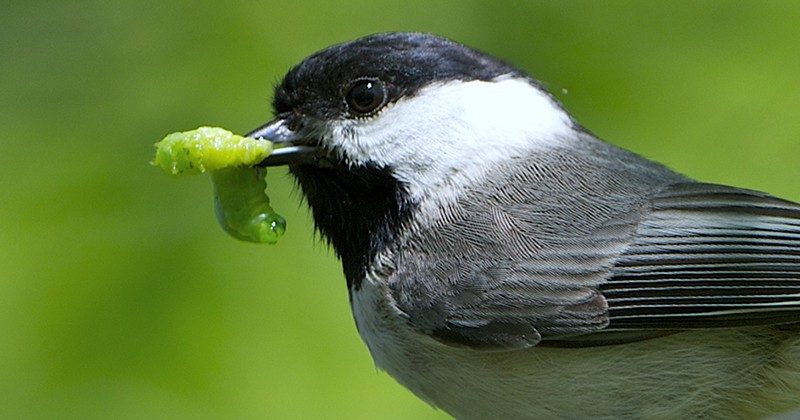 A Carolina chickadee with a juicy caterpillar. Photo courtesy of Desiree Narango and Doug Tallamy.

Students of nature learn that the natural world is deeply interconnected. For example, the food web that sustains wild birds is highly dependent on plant species that host insects. A recently published study – focused on yards in the Washington, D.C. metro area – shows that native trees and shrubs were the best producers of caterpillars and other insects that are valuable as food for wild birds. The study, by scientists at the University of Delaware and the Smithsonian Migratory Bird Center, appeared in the journal Biological Conservation.

Desiree Narango, a doctoral student at the University of Delaware, is the paper’s lead author. She works with Doug Tallamy, a professor of entomology at the university’s Department of Entomology and Wildlife Ecology. Tallamy is the author of Bringing Nature Home, a 2007 book that makes a strong case for growing native plants in home gardens to help support wildlife that face dwindling natural habitats. Narango’s work is also associated with a citizen-science program called “Neighborhood Nest Watch,” run by the Smithsonian Migratory Bird Center.

Over ninety percent of insect species co-evolved with a specific plant species or a group of related plant species; their larvae — caterpillars — adapted over the insect’s evolutionary history to overcome the chemical defenses of its host plant(s). These insects, however, have not had a chance to develop a tolerance for the chemical defenses in many recently-introduced plants, and are therefore unable to consume them.

In the video above, Doug Tallamy talks about why native plants matter (duration: 3 minutes 50 seconds).

During the breeding season, birds depend on insects, a rich source of protein, to feed their young. Over a four-year span, Narango and her team observed where breeding birds foraged for food in 203 yards of homes in the Washington D.C. metropolitan area. She documented which plants provided the most food, such as insects and caterpillars, for the birds.

In a press release, Narango said:

We just had a paper come out in the journal of Biological Conservation where we show that native trees are better at providing caterpillars for birds, which is a really important food resource. Native trees are better, hands down, but even among the native trees, there are some that are better than others [in the in the Washington, D.C. metro area] so things like oaks and cherries and elms are highly productive for caterpillars. They have lots of good food for the birds. 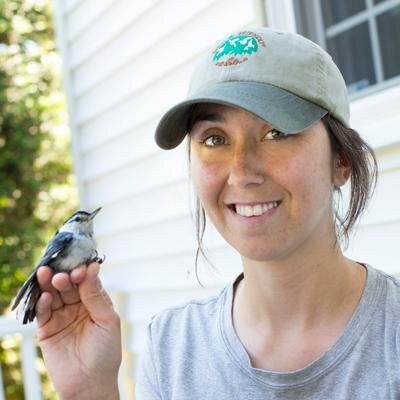 Desiree Narango, a doctoral student at the University of Delaware, holding a white-breasted nuthatch. Photo courtesy of Desiree Narango and Doug Tallamy.

Narango said she was struck by the large variety of different trees she encountered in the gardens:

We focus on woody plants — so trees and shrubs — and we’ve documented over 375 different species in these 203 yards. Which is crazy.

Most non-native plants, such as zelkova, ginkgo and lilac, did not provide any food for breeding birds. Narango said:

Those species are true non-natives so they’re not related to anything here, and they provide almost nothing in terms of caterpillars for birds. There are also species like Japanese cherry and Japanese maple that are non-native but are related to our native maples and cherries. We found that those species have an average of 40 percent fewer caterpillars than the native versions of that tree. If you had a choice between a black cherry and a Japanese cherry and if you’re interested in food for birds, then you should choose the native version.

Narango was also struck by the large diversity in insects and birds she encountered. Ninety-eight different bird species were documented in the study. She commented:

A lot of people think you need to go to the woods to see beautiful butterflies or beautiful birds, but they’re actually in people’s backyards, too.

In her study, Narango observed individual Carolina chickadees, following them to see which trees they chose to forage for food. Chickadees, it turned out, preferred trees that supported the most caterpillar species.

When these birds would choose a tree, all the other birds in the neighborhood were choosing those trees, too. So we would see these amazing warblers that don’t breed in Delaware or in D.C. but are migrating through, and they’re using all these suburban habitats on their way north. In a way, our chickadees were telling us what all of the birds want during that period.

Most homeowners interested in growing native plants, however, face the challenge of finding them because many big box stores don’t sell them. However, she noted:

There are a lot of really great small nurseries that have many native plants that are productive in terms of caterpillars and are also very beautiful. You definitely don’t have to sacrifice beauty to get plants that are ecologically beneficial. There’s a lot to choose from so you can have beauty, you can have fruit and then also have food for birds, too. It’s all interconnected.

Narango, who is also a landscaper, said she was personally surprised by the increased wildlife activity in her own backyard when she started growing native plants.

I planted this flower called ironweed, and the first year it was there, I had the specialist bees that use that flower and then I have caterpillars in my shrubs, and it’s really cool how quickly you can see life be attracted to your yard when you plant the right species. 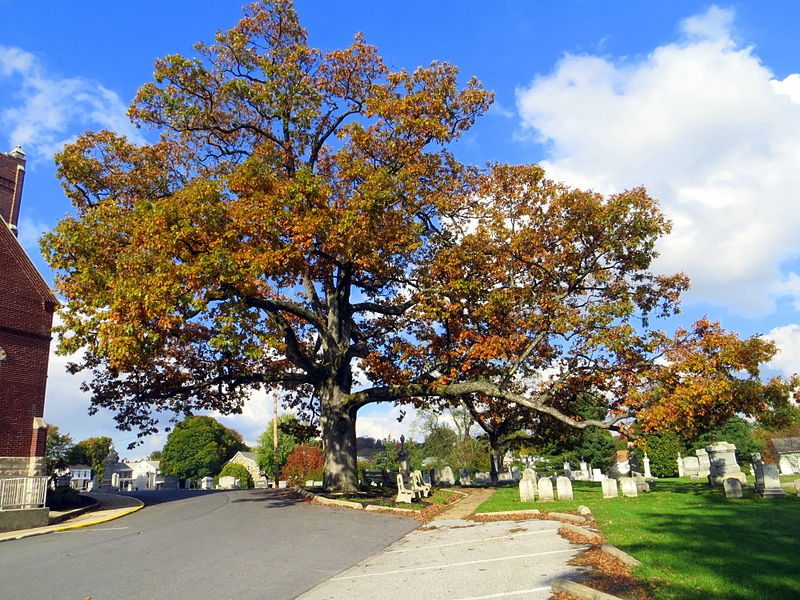 Bottom line: Wild birds in suburban areas are highly dependent on native plants that host insects that are an important source of their food.