NASA released these before-and-after images yesterday of Kruger National Park in South Africa, showing a beautiful and successful example of Earth stewardship. They show the results of human-prescribed, hot, intense fire designed to remove woody shrubs that had encroached on grasslands in the park, which are famous for supporting a range of wild creatures.

Usually planned fires are low-intensity burns that are easy to control, but this type of cool fire could not kill the woody vegetation. So, park managers set a hot, intense firestorm in the park in 2010. 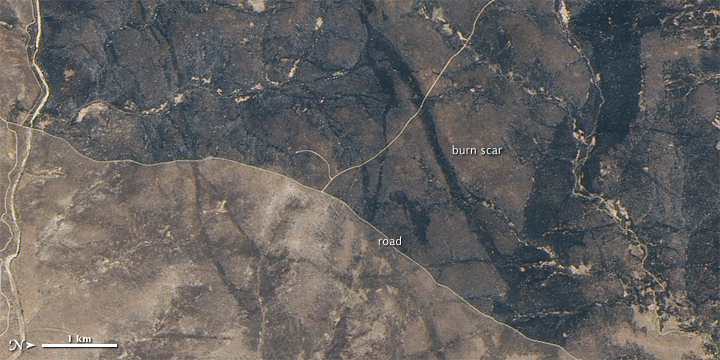 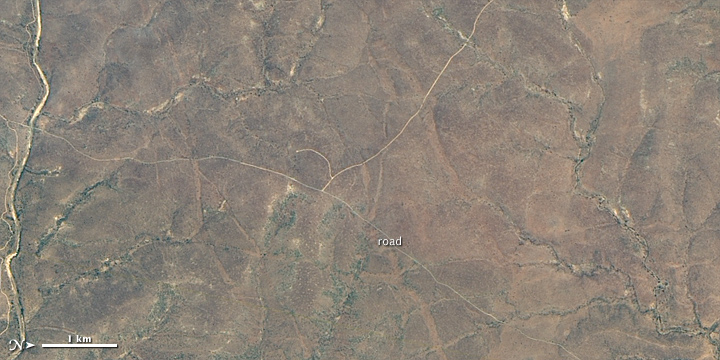 The same NASA satellite acquired this image of the same area one year later, on August 20, 2011. From space, no signs were visible that the park had been visited by fire.

You can also see the 2011 results of the previous year’s prescribed fire in the image below.

In 2011, impalas are grazing on new grass in the park. See the fire-blackened trees in this image? Those are the trees that were encroaching – which the fire was intended to discourage. As you can see, the fire did its job.

To completely remove the woody vegetation and restore open grassland, park managers say they intend to set a second high-intensity fire after the grass and shrubs regrow enough to sustain the fire. If they did not, presumably nature would do the work of removing the charred trees eventually.

To me, this is a fascinating example of humans working with nature. I would even go a step further and say it’s an example of humans as a natural force, operating to change the face of planet Earth – in this case for the good.

According to Navashni Govender, program manager for fire ecology and biogeochemistry in Kruger National Park, the restoration project will help the park maintain a patchwork of forest, thick woody brush, and open grassland. The mixed landscape supports greater biodiversity, providing habitat for the wide array of African wildlife found in the park.