Spring means these 4 hibernators are waking up

With the onset of spring in the Northern Hemisphere, animals that hibernate are waking up from a long-period of deep sleep.

With the onset of spring in the Northern Hemisphere, animals that hibernate are waking up from a long-period of deep sleep. They spent the winter hibernating to conserve energy when food was scarce. Animals that hibernate include bats, black bears, Arctic ground squirrels, and common poorwill birds. Many other species such as raccoons and skunks go into a state of torpor during the cold weather, which is a type of light hibernation. Most hibernators wake up during the months of March and April, but some do so as late as May. 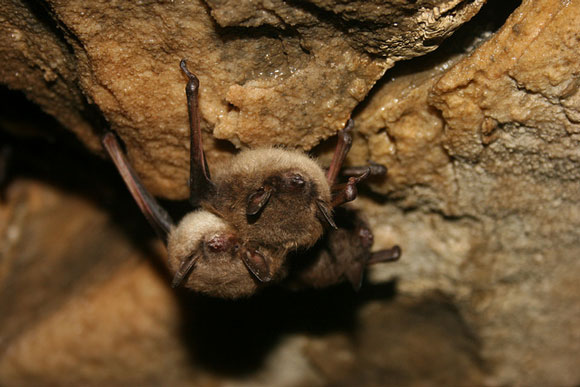 Bats
Many types of bats hibernate through the long, cold winter in caves. Bats that hibernate include the little brown bat, the big brown bat, and the northern long-eared bat. During hibernation, their body temperature, heart rate, breathing rate, and metabolism drop to very low levels. This allows them to get by without food or water and stay in a dormant state for long periods of time. 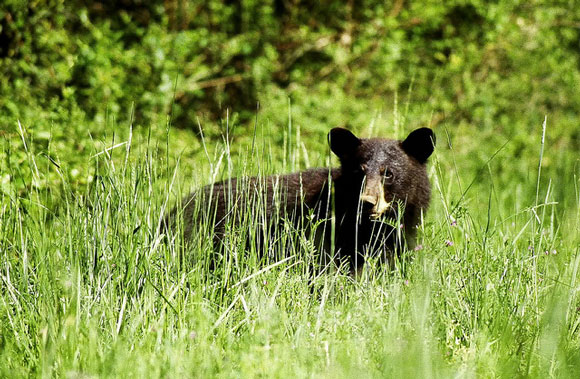 Black bears
Yes, black bears do hibernate. There has been some controversy over whether or not black bears are true hibernators because their body temperature does not drop very low during the winter. However, they do undergo many metabolic changes during the winter that allow them to survive many months without food or water. Hence, several scientists do classify them as hibernators. 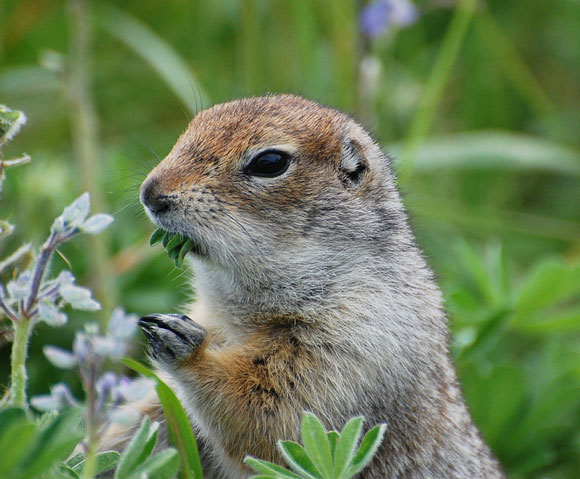 Arctic ground squirrels
During the onset of cold weather, Arctic ground squirrels dig deep burrows in the ground and hibernate. One scientist attached temperatures sensors to their abdomens and recorded body temperatures in hibernating squirrels as low as -2.9 degrees Celsius (26.8 degrees Fahrenheit), which is below the temperature that water freezes! The squirrel’s blood, however, does not freeze in part because it is salty and also because they have some sort of “super cool” supercooling mechanism that protects them. Scientists are actively researching the brain activity of hibernating Arctic ground squirrels for insights into how to protect people from neurodegenerative diseases like Alzheimer’s and to help them recover from brain injuries. Specifically, the brains of Arctic ground squirrels show a remarkable ability to bounce back after months of dormancy that degrades neuronal connections. 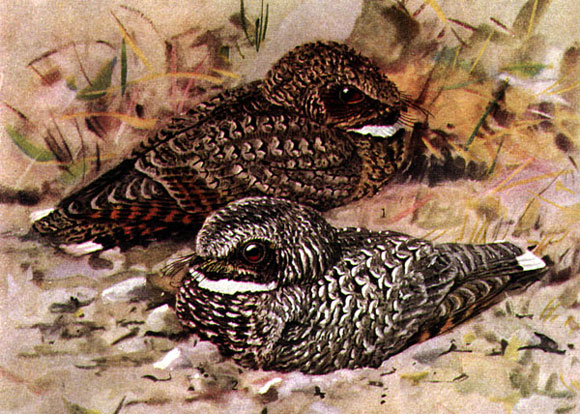 Common poorwill
Most birds migrate south when the weather turns cold, but the common poorwill stays put and hibernates. Poorwills are the only bird species known to hibernate. They can be found in the western United States and Canada. Native Americans often referred to this bird as “the sleeping one.”

Torpor is a state of light hibernation that many animals enter into to survive the winter. Animals that use torpor as a survival strategy include raccoons and skunks. While there is no bright line that separates animals that hibernate from those that use torpor, it generally comes down to the length of time that an animal spends in dormancy and the extent to which its body temperature and metabolic rate are depressed. Torpor is associated with brief periods of dormancy, sometimes for only a few hours, and small physiological changes, whereas hibernation is associated with lengthy periods of dormancy and large physiological changes.

Scientists use the term brumation to refer to hibernating-like states in reptiles, which are not warm-blooded animals so the physiological responses are a bit different from those in mammals and birds. Insects enter cold-induced dormant periods too, and this is referred to by the term diapause. Often on the internet, the term hibernation will be used as a catch-all phrase for all of these types of dormant states.

The exact triggers that cause an animal to enter into and emerge from hibernation aren’t well known, but combinations of factors such as changes in temperature, daylight, and food availability are thought to play an important role. Especially critical is an animal’s internal biological clock, which will initiate hormone changes when it is time for the animal to wake up.

Bottom line: Hibernation is a survival strategy that animals use during the winter to conserve energy when food is scarce. Animals that hibernate include bats, black bears, Arctic ground squirrels, and common poorwill birds.

What we didn’t know about hibernating black bears

Why does Earth have four seasons?