Snowball Earth due to plate tectonics?

New research suggests that as great land plates began to shift and move on Earth’s surface, our world became what geologists call a Snowball Earth. 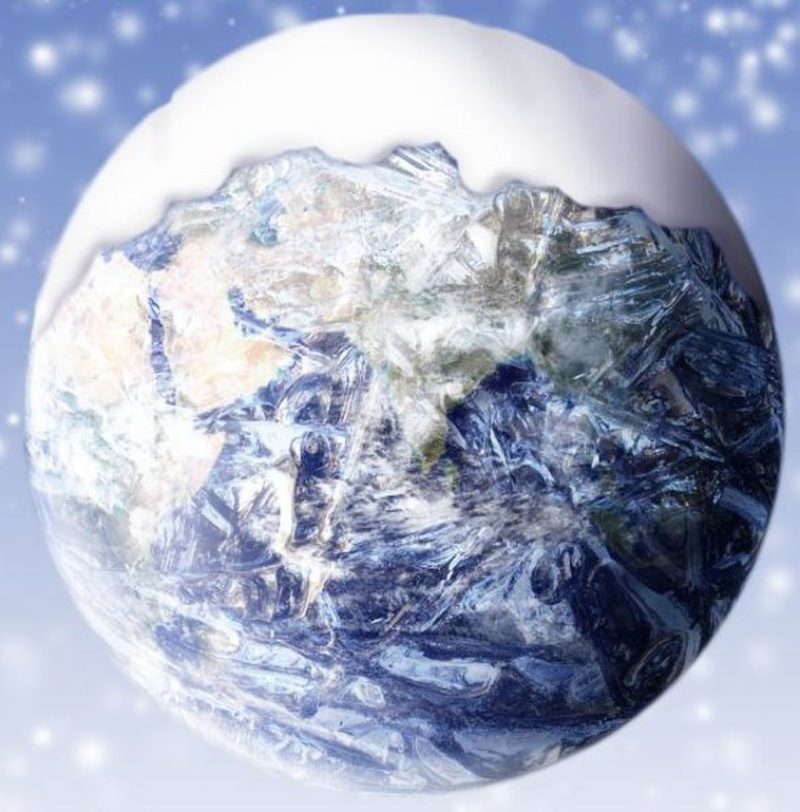 Artist’s concept of a Snowball Earth, via MIT/Space.com.

About 700 million years ago, the Earth is known to have undergone a period of climate change that sent the planet into a deep freeze. The freeze, lasting millions of years, is what geologists now refer to as the Snowball Earth period. Several theories have been proposed to explain what might have triggered this dramatic cool-down, which occurred during a geological era called the Neoproterozoic. A new study suggests that those major climate changes can be linked to one thing: the advent of plate tectonics.

The theory of plate tectonics states that the Earth’s crust and upper mantle – a layer called the lithosphere – is broken into moving pieces, or plates. Today’s scientists measure the movement of these plates and know they move very slowly, about as fast as your fingernails and hair grow. Plate tectonics on Earth – the grinding, slipping and sliding of land plates with respect to each other – produces earthquakes and volcanoes and, over time, great geologic features like mountain ranges.

The study researchers – Robert Stern at the University of Texas/Dallas and Nathaniel Miller of the University of Texas at Austin – said they expect their hypothesis to generate controversy. That’s because geologists usually place the start of plate tectonics at least 3 billion years ago, while their new hypothesis puts the process during the Neoproterozoic, about 542 million to 1 billion years ago.

According to Miller and Stern, there are a variety of traces in the geologic record that could be consistent with plate tectonics not getting started until the Neoproterozoic – around the same time as the era of the Snowball Earth. The researchers examined a suite of published scientific data on the geological activity during the Neoproterozoic and found many links between plate tectonics and a cooling world.

Their study, published in the April 2018 edition of the journal Terra Nova, lists 22 proposed ways plate tectonic activity could have brought about the global cooling that caused the Earth to be covered pole-to-pole with ice. The researchers mention explosive volcanoes cooling the planet by releasing sulfur into the atmosphere; the shifting of the plates changing the planet’s rotational axis; and increased rock weathering pulling CO2 — a greenhouse gas — out of the atmosphere and back into the Earth. Stern said:

This climate crisis could have been caused by a number of proximal causes, but the overall great cause was this revolution in Earth’s tectonic style.

The authors note that the geologic interval preceding the Neoproterozoic shows a lack of geological activity — a feature that has it earned it the nickname the Boring Billion.

In the study, they considered possible non-tectonic reasons for cooling that came from space — in other words, causes that don’t agree with their theory. These range from asteroid impacts to the collapse of ice rings that could have formed around Earth. If these were the cause of Snowball Earth, Stern and Miller’s theory falls apart — but the researchers say there’s not much evidence to support these triggers.

As usual, the authors say, more research is needed to test the link between the dawn of plate tectonics and Snowball Earth. They hope that this research will lead other geoscientists to consider the evidence and test the hypothesis. Stern said:

Revolutions in our field don’t happen often or very easily. You plant ideas and then you go and look for more data that either supports them or refutes them. 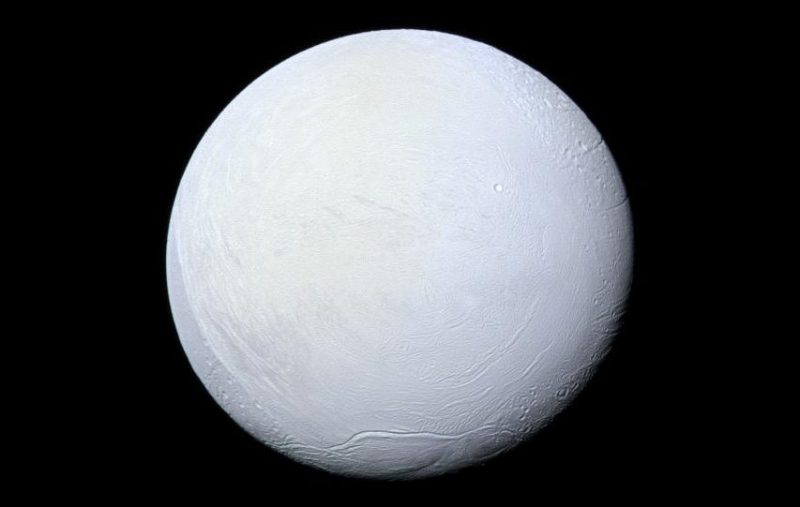 During the Snowball Earth phase, our world might have resembled this one, Enceladus, a snow-and-ice-covered moon of Saturn. Image via NASA/JPL-Caltech/Space Science Institute.

Bottom line: A new study suggests that the dawn of plate tectonics could have been responsible for Snowball Earth.

Source: Did the transition to plate tectonics cause Neoproterozoic Snowball Earth?