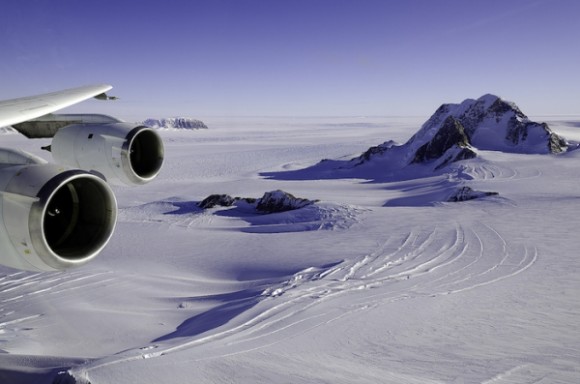 Researchers used radar and satellite data to map the region beneath the West Antarctic ice sheets. Photo via University Herald

Scientists from several universities in the U.K. have discovered a massive ancient subglacial trough – deeper than the Grand Canyon. They used satellite data and ice-penetrating radar to chart the Ellsworth Subglacial Highlands – an ancient mountain range buried beneath several kilometers of Antarctic ice. The researchers spent three seasons investigating and mapping the region in West Antarctica. The massive trough they found – a subglacial valley – is up to three kilometers deep, more than 300 kilometers long and up to 25 kilometers across. In places, the floor of this valley is more than 2,000 meters below sea level.

A small icefield – a wide flat expanse of floating ice, typical of those found at Earth’s poles – is thought to have carved the mountain range and deep valley millions of years ago. Similar icefields can be found today in the Antarctic Peninsula, and in Arctic Canada and Alaska.

The research team included scientists from Newcastle University, the University of Bristol’s Glaciology Centre, the British Antarctic Survey and the universities of Edinburgh, Exeter, and York. Their findings are published in the latest edition of the Geological Society of America Bulletin. 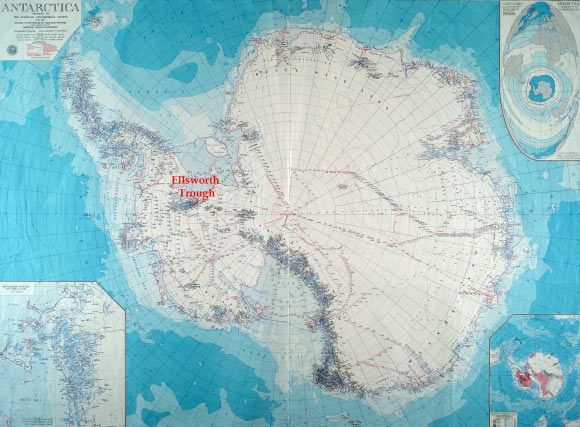 Bottom line: Scientists from the U.K. have discovered a giant trench under the ice in West Antarctica. They are calling it the Ellsworth Trough, and it’s deeper than the Grand Canyon. It’s up to three kilometers deep, more than 300 kilometers long and up to 25 kilometers across.