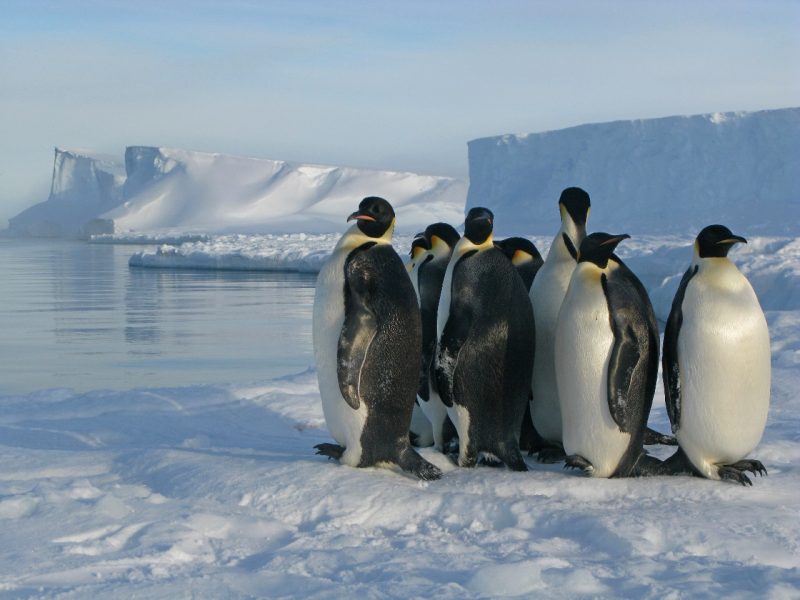 Satellite observations have found new emperor penguin breeding sites in the Antarctic. Scientists identified the locations by distinctive red-brown patches of the penguins’ guano – poo, that is – that stain the sea-ice.

BAS remote-sensing specialist Peter Fretwell is lead author of the study, published August 4, 2020, in the journal Remote Sensing in Ecology and Conservation. Fretwell told the BBC:

It’s good news because there are now more penguins than we thought. But this story comes with a strong caveat because the newly discovered sites are not in what we call the refugia – areas with stable sea-ice, such as in the Weddell Sea and the Ross Sea. They are all in more northerly, vulnerable locations that will likely lose their sea-ice.

Emperor penguins – the tallest and heaviest penguin species – are endemic to Antarctica and need sea ice to breed.

The reddish smudges on the ice show the existence of an emperor penguin colony. Image taken from the European Commission’s Copernicus Sentinel-2 satellite. Image via BAS.

Emperor penguins are very difficult to study. They live in areas that are remote and often inaccessible, with temperatures as low as -58 degrees Fahrenheit (-50 degrees C). For the last 10 years, BAS scientists have been looking for new colonies by searching for their guano stains on the ice. For the new study, the researchers used images from the European Commission’s Copernicus Sentinel-2 satellite mission to locate the birds.

Fretwell said in a statement:

This is an exciting discovery. The new satellite images of Antarctica’s coastline have enabled us to find these new colonies. And while this is good news, the colonies are small and so only take the overall population count up by 5-10% to just over half a million penguins or around 265,500-278,500 breeding pairs. 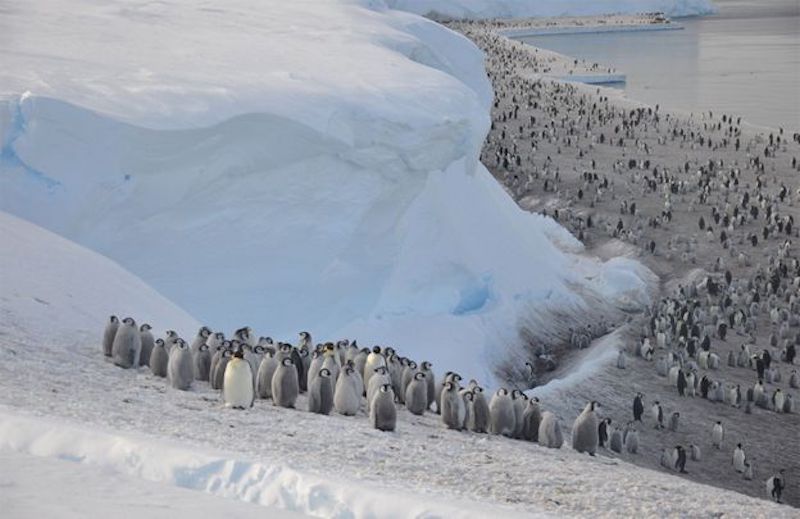 Emperor penguins are vulnerable to loss of sea ice, which is where they breed. With current projections of climate change, this habitat is likely to decline. Previous studies have estimated that 90% of known colonies will be lost by the end of the century if no further action is taken to cut the greenhouse gas emissions that drive global heating. Most of the newly found colonies are situated at the margins of the emperors’ breeding range. Therefore, these locations are likely to be lost as the climate warms.

Phil Trathan, Head of Conservation Biology at BAS, has been studying penguins for the last three decades. He said:

While it’s good news that we’ve found these new colonies, the breeding sites are all in locations where recent model projections suggest emperors will decline. Birds in these sites are therefore probably the ‘canaries in the coal mine’ – we need to watch these sites carefully as climate change will affect this region. 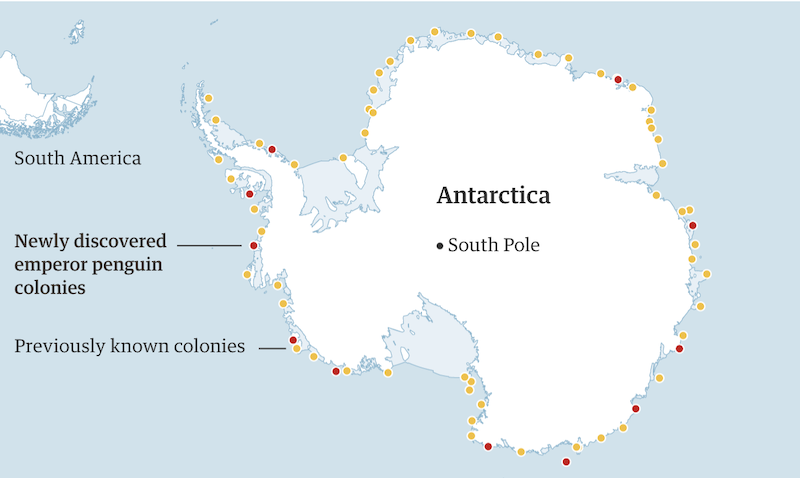 The study found a number of colonies located up to 100 miles (180 km) offshore, situated on sea ice that has formed around icebergs that had grounded in shallow water.

Bottom line: Satellite images have revealed 11 previously unknown emperor penguin colonies in Antarctica, boosting the number of known colonies of the birds by 20%. Scientists made the discoveries by spotting patches of the telltale reddish-brown guano stains the birds leave on the ice.