New research shows that even the Arctic Ocean isn’t immune to an influx of plastic. 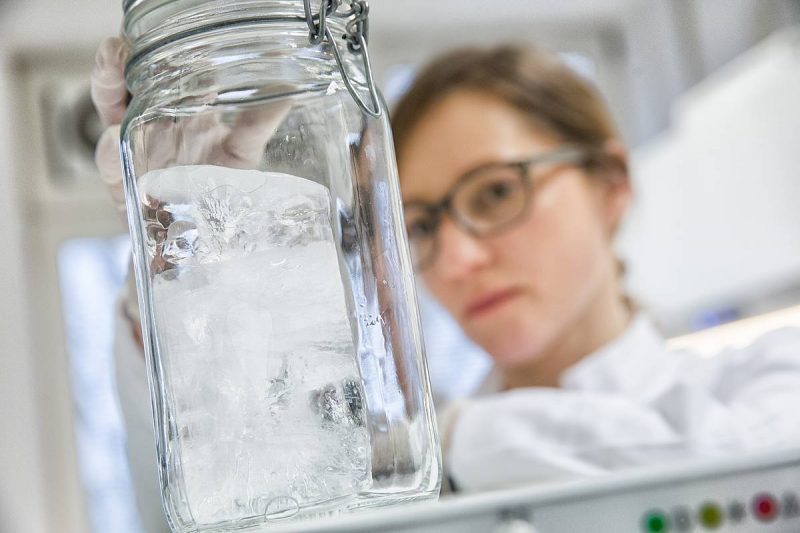 New research has found higher amounts of microplastic in Arctic sea ice than ever before, up to 12,000 microplastic particles per liter (approximately a quart) of sea ice. The majority of particles, say the researchers, are microscopically small.

The study, by researchers at the Alfred Wegener Institute, Helmholtz Centre for Polar and Marine Research (AWI), was published April 24, 2018 in the peer-reviewed journal Nature Communications.

The term microplastic refers to plastic particles, fibers, and fragments that are between a few micrometers – thousandths of a millimeter – to under 5 millimeters in size (convert metric). A considerable amount of microplastic gets released into the ocean by the gradual deterioration of larger pieces of plastic. Microplastic can also be created on land – for example by laundering synthetic textiles, or abrasion of car tires – which is then blown to the ocean by the wind, or finds its way there through sewer networks. 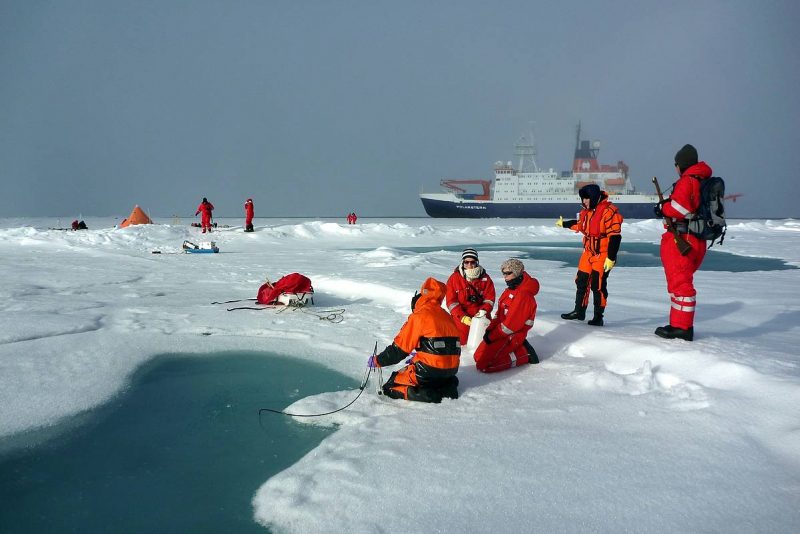 Using a new technique, the researchers were able to identfy particles as small as 11 micrometers across. Researcher Gunnar Gerdts said:

That’s roughly one-sixth the diameter of a human hair, and also explains why we found concentrations of over 12,000 particles per liter of sea ice – which is two to three time higher than what we’d found in past measurements.

Ilka Peeken is an AWI biologist and first author of the study. She said in a statement:

No one can say for certain how harmful these tiny plastic particles are for marine life, or ultimately also for human beings.

The researchers found a total of 17 different types of plastic in the sea ice, including packaging materials like polyethylene and polypropylene, but also paints, nylon, polyester, and cellulose acetate; the latter is primarily used in the manufacture of cigarette filters. Taken together, these six materials accounted for roughly half of all the microplastic particles detected. 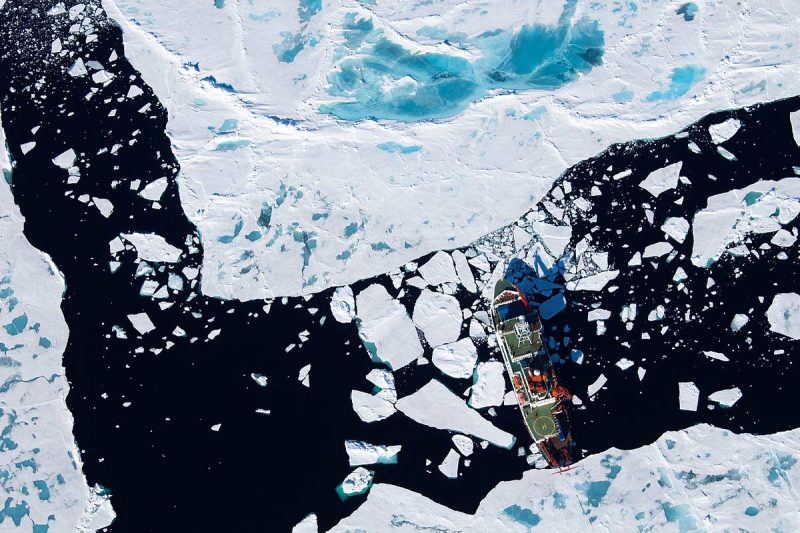 The AWI researcher team had gathered the ice samples from five regions throughout the Arctic Ocean in the course of three expeditions to the Arctic Ocean on board the research icebreaker Polarstern in the spring of 2014 and summer of 2015. Image via AWI.

The study also found that different types of plastic found in the study samples showed a unique footprint in the ice allowing the researchers to trace them back to possible sources. One source is likely the massive garbage patch in the Pacific Ocean. The high percentage of paint and nylon particles pointed to another source, the intensified shipping and fishing activities in some parts of the Arctic Ocean. Peeken said:

These findings suggest that both the expanding shipping and fishing activities in the Arctic are leaving their mark. The high microplastic concentrations in the sea ice can thus not only be attributed to sources outside the Arctic Ocean. Instead, they also point to local pollution in the Arctic. 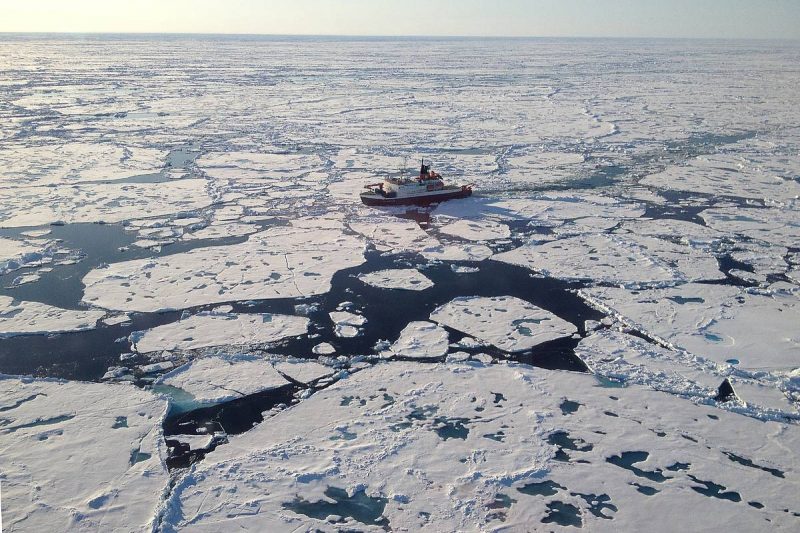 Bottom line: A new study found higher amounts of microplastic in Arctic sea ice than ever before.