Heavy autumn rains have transformed the barren landscape into riot of flowers not seen in decade. Have a look! 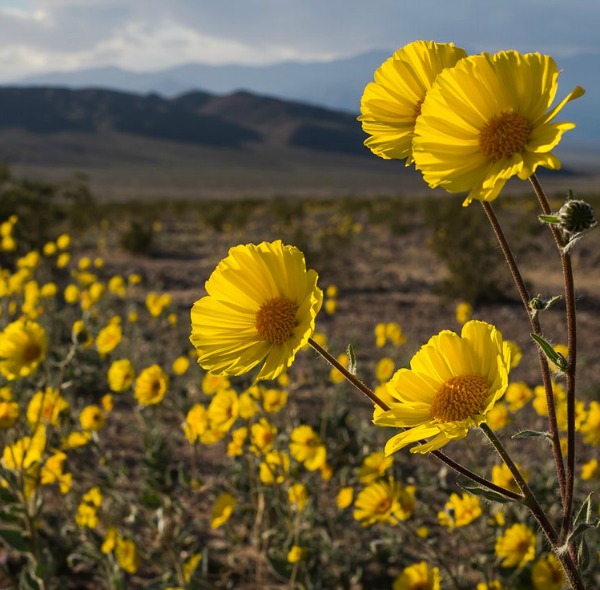 Parts of California’s Death Valley, the driest place in North America, are blanketed in wildflowers of yellow, purple, pink and white, a so-called “superbloom” not seen since 2005.

Death Valley is the hottest place on Earth and the driest place in North America, averaging about 5 centimeters (2 inches) of rain per year. Summer temperatures in the valley, which contains the lowest point in the United States, can reach 49 degrees Celsius (120 degrees Fahrenheit). Most of the time, the landscape is stark – salt flats, sand dunes and rocky mountains with a few hardy shrubs and small trees.

This year’s profusion of colorful flowers happened due to a perfect combination of autumn rains, warm temperatures and reduced winds. This year’s intense El Niño has also brought more rain than usual to the valley. El Nino can affect Death Valley by shifting the track of winter and spring storms into the area. Previous superblooms of 1998 and 2005 also happened occurred in El Nino years. 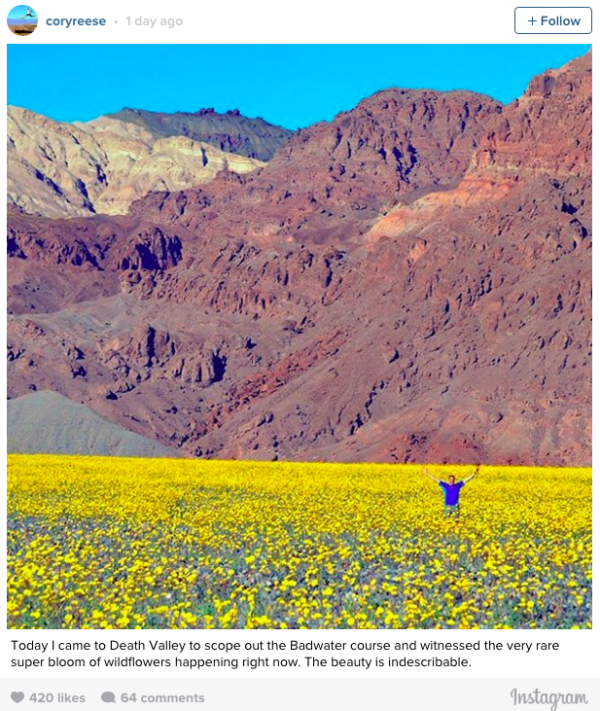 I kept hearing the old timers talk about super blooms as a near mythical thing — the ultimate possibility of what a desert wildflower bloom could be. I saw several impressive displays of wildflowers over the years and always wondered how anything could beat them, until I saw my first super bloom in 1998. Then I understood. I never imagined that so much life could exist here in such staggering abundance and intense beauty. 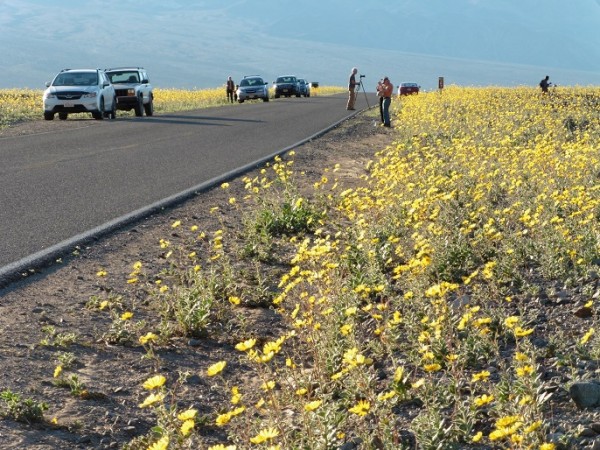 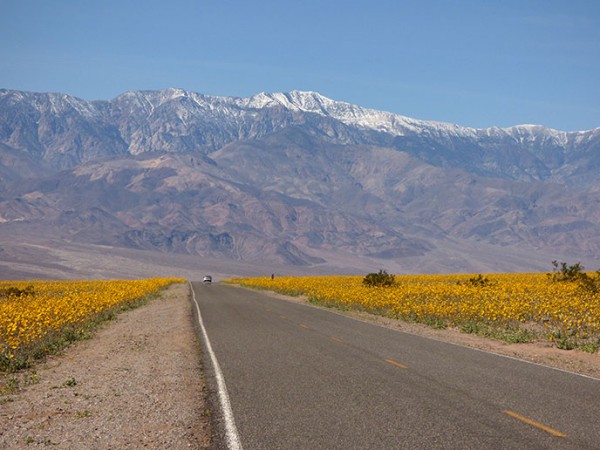 Bottom line: Parts of California’s Death Valley, the driest place in North America, are blanketed in wildflowers of yellow, purple, pink and white, a so-called “superbloom” not seen since 2005.