The science behind puppy dog eyes

You know that look your dog gives you, with the raised eyebrows, that melts your heart? A new study says that wolves don’t do it. It’s a part of how dogs have evolved to communicate with humans. 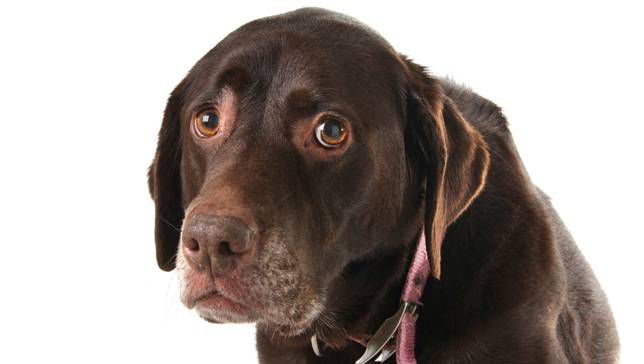 It’s a look that tugs at dog-lovers’ heartstrings, that sad expression with the raised eyebrows. Dogs can do it, according to a new study, because, over thousands of years, they have evolved special muscles around the eyes to better communicate with humans.

The research compared the anatomy and behavior of dogs and wolves. The analysis, published June 17, 2019, in the peer-reviewed journal Proceedings of the National Academy of Sciences, found that the facial musculature of both dogs and wolves was similar, except above the eyes. Dogs have a small muscle, which allows them to intensely raise their inner eyebrow, which wolves do not.

Bridget Waller, of the University of Portsmouth, is a study co-author. She told The Guardian:

[Dogs] are very powerful animals in how they capture our hearts. We pay a lot of attention to faces, they are meaningful to us, and this expression makes dogs look juvenile and sad. It induces a nurturing response. It’s a cute factor.

The study authors suggest that the inner eyebrow raising movement triggers a nurturing response in humans because it makes the dogs’ eyes appear larger and more infant-like, and also resembles a movement humans produce when they are sad. 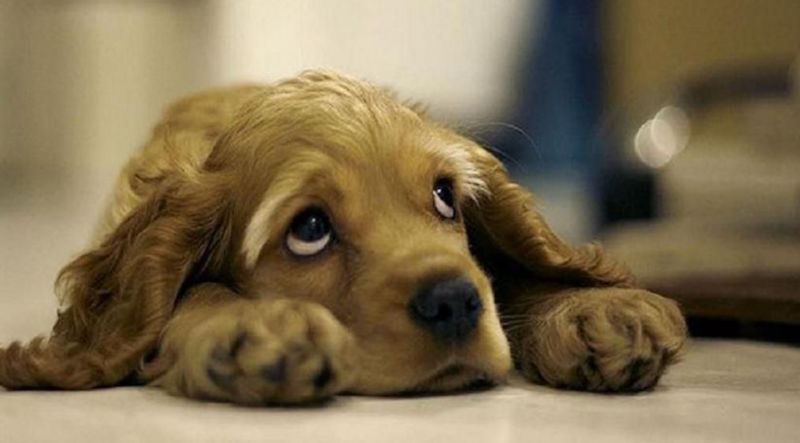 Juliane Kaminski, of the University of Portsmouth, is the study lead author. She said in a statement:

The evidence is compelling that dogs developed a muscle to raise the inner eyebrow after they were domesticated from wolves.

We also studied dogs’ and wolves’ behavior, and when exposed to a human for two minutes, dogs raised their inner eyebrows more and at higher intensities than wolves.

The findings suggest that expressive eyebrows in dogs may be a result of humans’ unconscious preferences that influenced selection during domestication. When dogs make the movement, it seems to elicit a strong desire in humans to look after them. This would give dogs that move their eyebrows more a selection advantage over others and reinforce the ‘puppy dog eyes’ trait for future generations.

Anatomist Professor Anne Burrows, of Duquesne University , is a co-author of the paper. She said:

To determine whether this eyebrow movement is a result of evolution, we compared the facial anatomy and behavior of these two species and found the muscle that allows for the eyebrow raise in dogs was, in wolves, a scant, irregular cluster of fibers.

The raised inner eyebrow movement in dogs is driven by a muscle which doesn’t consistently exist in their closest living relative, the wolf.

This is a striking difference for species separated only 33,000 years ago and we think that the remarkably fast facial muscular changes can be directly linked to dogs’ enhanced social interaction with humans.

The only dog species in the study that did not have the muscle was the Siberian husky.

Via University of Portsmouth