Plastic bits in 90% of seabirds

A new study estimates that almost all seabirds have eaten plastic. 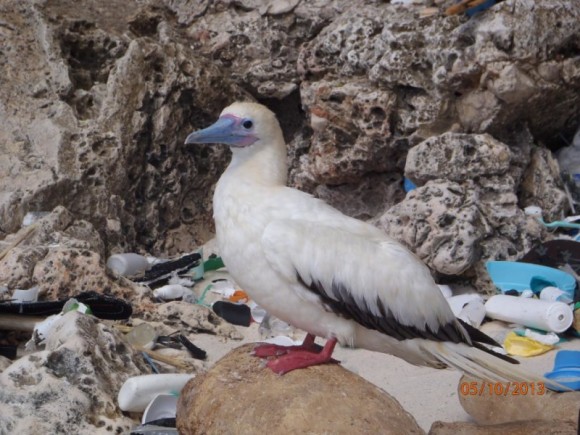 This is a red-footed booby on Christmas Island, in the Indian Ocean. Photo credit: © CSIRO, Britta Denise Hardesty

Plastic debris in the ocean has been an environmental issue for almost half a century. A new study published in the August 31 Proceeding of the National Academy of Sciences estimates that 90 percent of individual seabirds alive today have consumed some form of plastic.

This is a huge amount and really points to the ubiquity of plastic pollution. 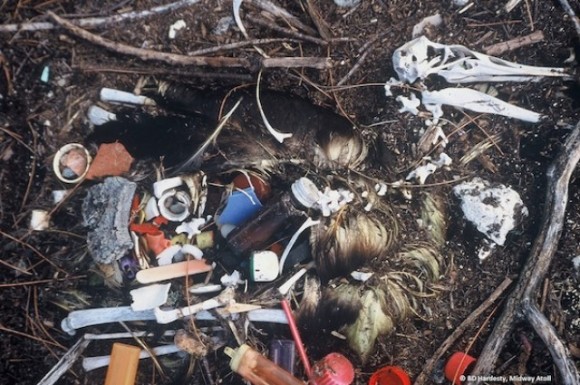 The researchers found that nearly 60 percent of all species of seabird species, including albatrosses, shearwaters, and penguins, have plastic in their guts.

According to study coauthor Denise Hardesty of CSIRO, seabirds are excellent indicators of ecosystem health. She said:

Finding such widespread estimates of plastic in seabirds is borne out by some of the fieldwork we’ve carried out where I’ve found nearly 200 pieces of plastic in a single seabird.

The investigators’ analysis of studies published since the early 1960s shows that plastic is increasingly common in seabirds’ stomachs. In 1960, plastic was found in the stomachs of less than 5 percent of seabirds; by 2010 that figure had risen to 80 percent. Based on current trends, the scientists predict that plastic ingestion will affect 99 percent of the world’s seabird species by 2050.

A study published earlier this year found more than 4.8 million metric tons of plastic waste enters the oceans from land each year. The plethora of plastic comes from bags, bottle caps, and plastic fibers from synthetic clothes that have washed out into the ocean from urban rivers, sewers, and waste deposits. Birds mistake the brightly colored items for food or swallow them by accident, causing gut impaction, weight loss, and sometimes death.

According to the study, plastics will have the greatest impact on wildlife that gather in the Southern Ocean in a band around the southern edges of Australia, South Africa, and South America. These areas are home to widely diverse species. While the infamous garbage patches in the middle of the oceans have higher densities of plastic, fewer birds live in these regions so the impact is reduced. 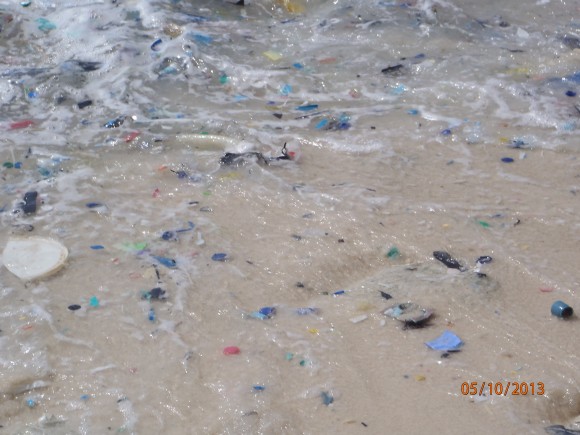 Hardesty notes that the opportunity still exists to change the impact plastic has on seabirds. She said:

Improving waste management can reduce the threat plastic is posing to marine wildlife. Even simple measures can make a difference. Efforts to reduce plastics dumped into the environment in Europe resulted in measurable changes in plastic in seabird stomachs in less than a decade. This suggests that improvements in basic waste management can reduce plastic in the environment in a really short time.

Bottom line: A study published in the August 31 Proceeding of the National Academy of Sciences estimates that 90 percent of individual seabirds alive today have consumed some form of plastic.

Read more from the University of California, Santa Barbara