Who knew? Plants ‘panic’ when it rains

Using a spray bottle to simulate rain, researchers found a “panic-like” response in plants. Complex chemical warning signals were passed from leaf to leaf and even communicated to other plants.

Here on Earth at least, all living things need water. So the results of new research from an international team of scientists seems surprising: plants don’t like getting wet. These scientists measured a “panic” response in plants in response to showers of water. The intriguing, peer-reviewed results are published in the October 29, 2019, issue of the Proceedings of the National Academy of Sciences.

Biochemist Harvey Millar of the University of Western Australia is featured in the video above. He said:

In the future, we’ll really be able to understand how plants are coping with rain, because rain can bring disease. It can bring a whole variety of other factors, which affect plants …

We’ll be able to equip plants to interact with their environment in a different way than they do at the moment.

Millar explained that the disease-carrying aspect of rain appears to be a major factor for plants:

When a raindrop splashes across a leaf, tiny droplets of water ricochet in all directions. These droplets can contain bacteria, viruses, or fungal spores. A single droplet can spread these up to 10 meters (32 feet) to surrounding plants.

The researchers used a spray bottle to simulate rain. They found that, after 10 minutes, over 700 genes in the plants they studied reacted in a “panic-like” manner and continued to do so for about 15 minutes. The response was rapid, even from just a single touch of water, these scientists said. The response affected chemical reactions in the plants, such as their hormone balance and how they create proteins. Warning signals were sent from leaf to leaf in the plants, with the plants ultimately taking defensive measures against the water. Plants that received repeated waterings had stunted growth and delayed flowering.

One of the most interesting reactions involved the plants “communicating” their fears or stress with other nearby plants. They communicate via the release of airborne chemicals that can travel to other plants. As Millar said:

If a plant’s neighbors have their defense mechanisms turned on, they are less likely to spread disease so it’s in their best interest for plants to spread the warning to nearby plants.

It all sounds like science fiction. But these results build on what scientists already knew about how plants can react to their surroundings and communicate with each other in their own way. Plants can also respond to and warn each other about other dangers, for example insects. Consider aphid-infested bean plants that release odorous chemicals called volatile organic compounds (VOCs) into the air. Neighboring bean plants respond by emitting different VOCs that repel the aphids and attract aphid-hunting wasps.

And those same plants communicated in another way as well. They used symbiont fungi – mycorrhizal fungi connecting the roots of the plants with the hyphae, branching filaments that make up the fungal mycelium – to send chemical warnings below the surface. David Johnson, a soil ecologist at the University of Aberdeen, noted that when his team first saw these results:

… it was quite a eureka moment … We had more samples to test, but even at that point, it was pretty clear that this is an effective signaling system. 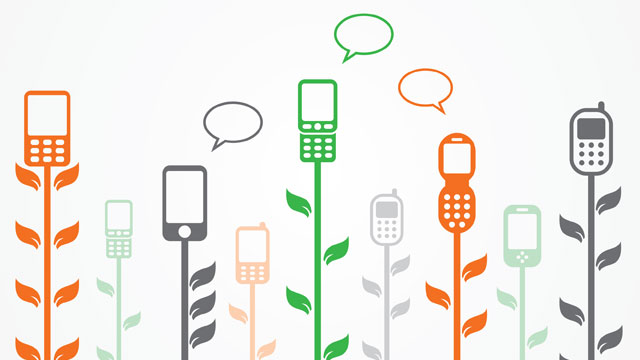 Plants can communicate with each other about possible dangers, including water-borne disease or insects. Image via Pop_Jop/iStockPhoto.com/The Scientist.

It even seems that plants can “eavesdrop” on hints of their neighboring plants’ distress through their root systems.

They might be able to communicate through ultrasonic sounds – any sounds above the frequency of audible sound – further evidence that they can communicate in more ways than ever thought possible. According to Richard Karban, an evolutionary ecologist at the University of California, Davis:

In the last 15 years the idea that plants are communicating has become much more accepted. The evidence for that is now substantial, and it’s exciting to unravel all these different realms of plant communication.

Monica Gagliano, an evolutionary ecologist at the University of Western Australia, found that the roots of young corn plants grown in water make clicking sounds, and that when sounds in the same frequency range were played back to the roots, they responded by bending toward the source. Gagliano said:

We’ve shown that plants can recognize when they’re growing next to a ‘bad neighbor’ and change their growth behavior accordingly, even when we remove all the channels of communication we know about. We also have some evidence that there is an emission [of sound] and a response of some sort. We are not ruling out other possibilities, of course, but we think this other channel of communication might be acoustic. 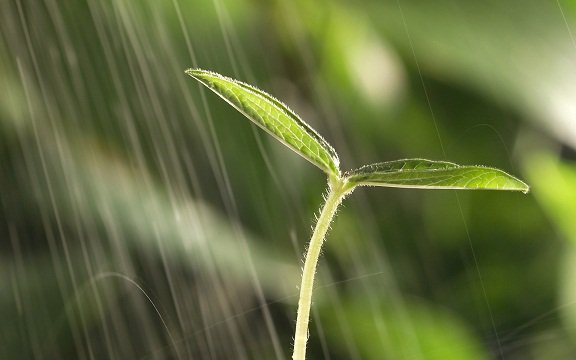 Image via an article on gardening in the rain, from Gardening-ABC.com

Bottom line: Even though plants need water, new research shows that they panic about getting wet and can communicate about this and other perceived dangers.