Meet Earth’s newest named cloud, the asperitas cloud, 1st new addition to the International Cloud Atlas in over half a century. 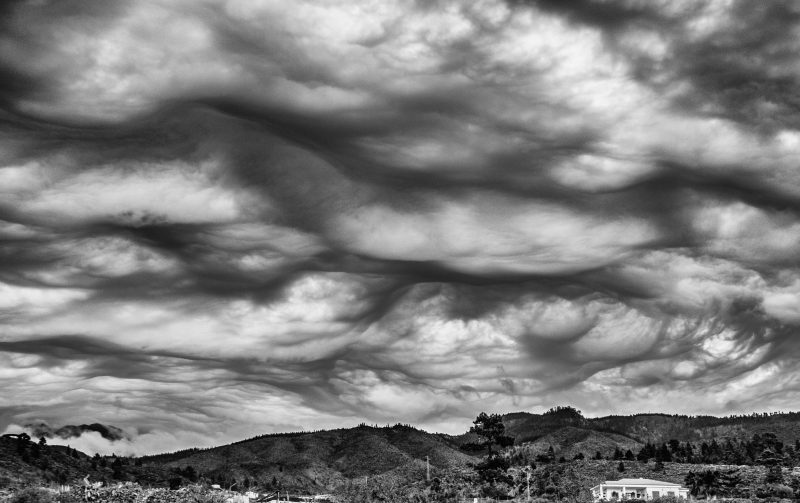 Asperitas clouds, caught on November 26, 2017 by Roberto Porto. They’ve been described as “… as if viewing a roughened sea surface from below.”

Here’s an unusual cloud, the asperitas cloud, caught by Roberto Porto at Teide National Park on the island of Tenerife in the Spanish Canary Islands.

A year ago, this cloud wouldn’t have had an official name, despite many photos sent for years to the Cloud Appreciation Society. Thanks to the society’s founder, Gavin Pretor-Pinney, the World Meteorological Organization finally officially recognized this cloud in the 2017 version of their International Cloud Atlas.

It was the first new addition to the Atlas in over half a century.

In an article at The Verge announcing the newly official cloud name, Pretor-Pinney described the formations as:

… localized waves in the cloud base, either smooth or dappled with smaller features, sometimes descending into sharp points, as if viewing a roughened sea surface from below. Varying levels of illumination and thickness of cloud can lead to dramatic visual effects.

Want to see these clouds in motion? Check out the video below by Alex Schueth, who caught them over Lincoln, Nebraska in July, 2014.