Help scientists create a global map of night sky brightness with the Dark Sky Meter app on your smartphone.

The Dark Sky Meter is an app for smartphones that lets users measure the brightness of the night sky. The creators of the app are working to compile a global, high resolution map of dark places and areas where light pollution has become problematic.

The Dark Sky Meter app costs $4.99 to download, and it is only available for the iPhone. 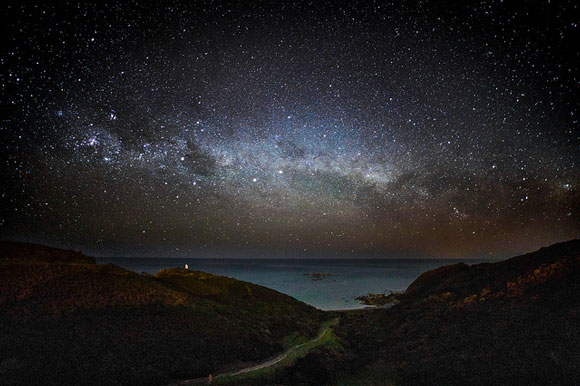 To use the app, you simply need to take two photographs on your smartphone. The first photo is called a dark shot, and it is used to calibrate your phone to complete darkness. To take a dark shot, cover your phone’s camera or better yet, stick it in your pocket while taking the picture. Next, point your phone to the zenith or the point directly above your head and take a second photograph of the night sky. The app will then return a number that indicates the quality of the night sky in your area. If you want to share your data, you can upload your reading to the app’s website.

The app was inspired by Norbert Schmidt and Harro Treur, two amateur astronomers who are hoping to use the data to find the best observation areas for stargazing. Schimidt and Treur worked with a project team at DDQ, a small company in the Netherlands that designs apps for science and medicine, to bring the app to market.

Scientists will likely find the citizen science data generated by the Dark Sky Meter app useful for studying the effects of light pollution on people and animals. Light pollution is known to negatively affect the quality of sleep in humans and disrupt the behaviors of nocturnal animals such as birds and bats. 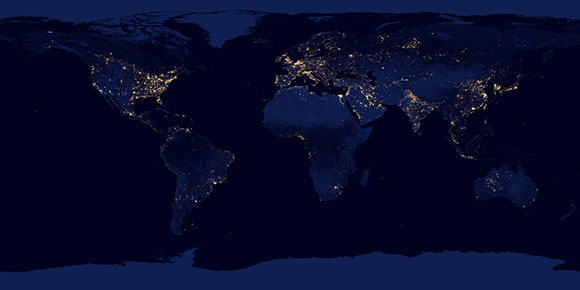 Satellite composite image of the Earth at night in 2012. Image Credit: NASA.

For people with Android phones, another app called Loss of the Night can also be used to measure the brightness of the night sky.

Bottom line: The Dark Sky Meter is an app for iPhones that lets users measure the brightness of the night sky. The creators of the app are working to compile a global, high resolution map of dark places and areas where light pollution has become problematic.

‘Impossible’ shots of Milky Way over city in new video

How many stars can you see on a clear, moonless night?