Pesticides and industrial pollutants found in snow atop Arctic glaciers

The long journey of these compounds – likely originating in the U.S. and Eurasia – shows the far-reaching impacts of industrial pollution. 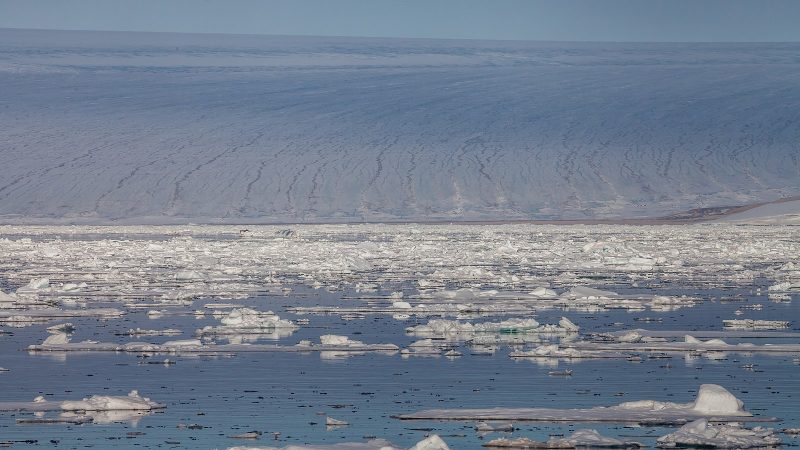 One of four study sites, Austfonna is among the largest ice caps in the world, with an area of just over 3,200 square miles (over 8,000 sq km). Image via Andreas Weith/ Wikimedia Commons.

This article – written by Grace Palmer – is republished with permission from GlacierHub.

Researchers recently found pesticides and industrial compounds deposited in snow atop four high-elevation glacier sites on the Norwegian archipelago Svalbard, often considered a “pristine” environment. The long journey of these compounds – likely originating in the United States and Eurasia – shows the far-reaching impacts of industrial pollution.

Svalbard is located in the Arctic Ocean north of Scandinavia. At present, 57% of the archipelago is covered by glaciers and ice caps, and it has been subject to minimal local pollution. However, in a study published in early July, researchers reported 13 organochlorine pesticides (a chemical category that includes DDT) and seven industrial compounds deposited in glacial surface snow. Through computer modeling, the research team traced some pollutants back to their possible places of origin, which include the United States and Russia. 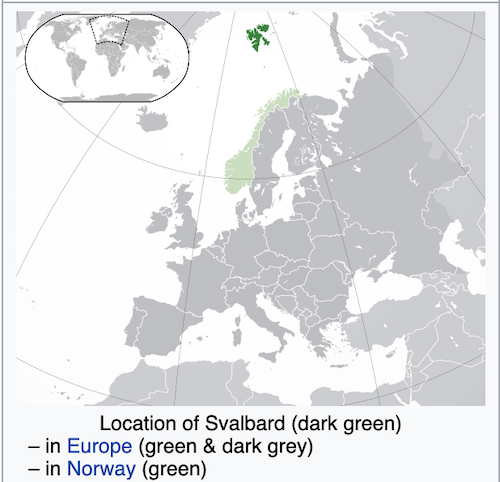 Location of Svalbard. Image via Wikipedia.

The computer model in question is called Hybrid Single Particle Lagrangian Integrated Trajectory, and is used to study the long-range atmospheric transport of polluted air parcels. The authors identified “possible different air mass (and contaminant) source areas among sampling sites,” thus accounting for some of the different measurements between sites.

Svalbard has experienced minimal local industrial pollution, apart from the coal mining industry, which began when Norway gained sovereignty over the archipelago in 1920 and collapsed under government pressure in 2017. Like myriad other Arctic regions, however, Svalbard’s ice, soils, and water are subject to inputs of persistent organic pollutants, also known as POPs. POPs include pesticides and chemicals like DDT and polychlorinated biphenyls. They are characterized as being persistent, bioaccumulative, and toxic, and can be transported over great distances. Such chemicals resist environmental degradation and gradually accumulate in the body tissue of large predators like, for example, the polar bear. While POPs throughout the Arctic have been well-documented, this study represents the first attempt to understand how atmospheric pollutants are captured by snow and deposited at high-elevation glacial sites.

Waste incineration can release polychlorinated biphenyls (PCBs) into the atmosphere, where they travel the globe via long-range atmospheric transport. Image via Trish Walker/ Flickr.

Because warm air from temperate industrial and agricultural regions tends to move poleward, the Arctic is particularly vulnerable to receiving the world’s pollution. And snow is uniquely efficient in “scavenging” POPs from the air and depositing them on the Earth’s surface. High in the atmosphere, pollutants can condense onto, or be captured by, falling snowflakes. Once settled on the surface of a glacier, fresh snowfall becomes firn (granular snow not yet compressed into ice) and then forms into ice. For the time being, the pesticides and industrial compounds captured by the falling snow are bound up in the frigid landscape. But as the climate warms and Arctic snow cover declines, certain compounds may volatize back into the atmosphere or be carried into surrounding waterways as ice melts.

Concern over persistent organic pollutant accumulation in the Arctic is frequently overshadowed by the threat of climate change, but many see the chemical buildup as a crisis in its own right. As Jianmin Ma, professor of environmental science at Peking University, told GlacierHub:

The snow and ice melting by arctic warming would release these POPs into the air and Arctic waters, enhancing [the] health risk of local residents and oceanic food webs.

Despite their minimal involvement in polluting activities, Indigenous people across the Arctic have felt these health impacts most acutely.

Indigenous peoples of the Arctic maintain a diet of local food sources, but these very same sources accumulate high levels of POPs. Fatty species of fish like halibut, herring, catfish, and certain kinds of salmon have been found to contain these toxic compounds. Polar bears, seals, and whales hold even higher levels of POPs. In the Arctic environment, the blubber of top-of-the-food chain marine mammals is unparalleled in its capacity to accumulate POPs. Studies have found that people who frequently consume seal, whale, polar bear, and sea birds have relatively high blood concentrations of POPs. For Indigenous people who rely on marine mammals, ingesting these pollutants is almost unavoidable and the consequences are significant. Among Inuit people, associated health risks include immune system complications, increased infectious disease rates among infants, and hypertension in adults.

Sheila Watt-Cloutier, Inuit activist and former International Chair of the Inuit Circumpolar Council, said in an interview with BlueVoice:

The Inuit of the world become the net recipients of the byproducts of industry and the pesticides that are used. We get all the negative impacts of this. Contaminants remain here in the Arctic in high concentrations at the bottom of the Arctic sink where our marine mammals live and eat.

The concerns of Arctic Indigenous peoples are more or less reflected in the Stockholm Convention, which was adopted in May of 2001 and regulates production and release of certain POPs. The convention includes 11 of the 13 pesticides detected in the Svalbard study, but excludes chlorpyrifos. This chemical has been receiving increased attention in the Arctic because of its harmful properties. It was found in high quantities across all the study sites.

Despite evidence suggesting that chlorpyrifos damages brain development in children, the Environmental Protection Agency (EPA) under Donald Trump has resisted a ban on the pesticide. The state of California, however, has joined Europe in placing a ban on the substance, which is commonly applied to crops like corn, soybeans, cotton, and a variety of fruits and vegetables. As a result, the U.S. manufacturer of the pesticide is ending production this year.

While the California ban signals a win for public and environmental health, a troubling pattern emerges in the cyclical nature of pesticide development. Ma explained:

Once a substance, including pesticides and industrial chemicals such as flame retardants [is] regulated or phased out, chemical industries … quickly develop other alternative chemicals.

And even after emissions of a polluting compound have been halted, pollutants remain mobile via long-range atmospheric and marine transport and persist in the environment for years or decades. It is an insidious cycle that will require significant political will to shut down.

With ever more powerful computer programming, the trajectories of polluted air parcels can be traced with reasonable accuracy, as demonstrated by the Svalbard study. While such technology could lead to political finger-pointing, assigning blame will mean nothing if governing bodies fail to curb the ongoing production POPs.