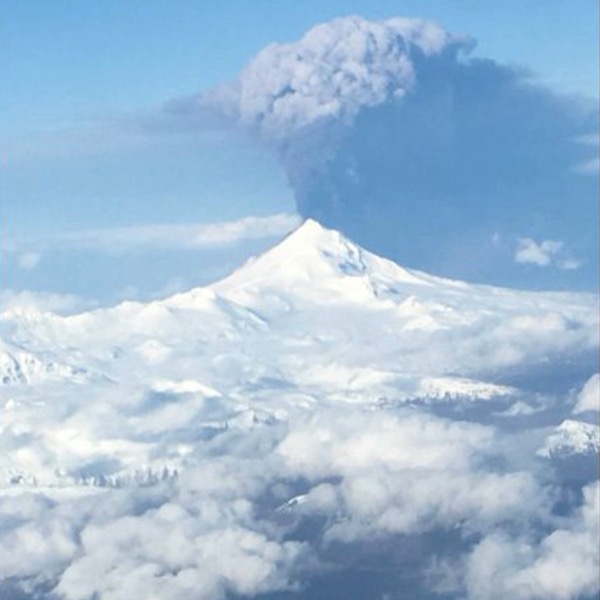 On Monday (March 28, 2016), the U.S. Geological Survey (USGS) released word of an aviation code RED for Pavlov Volcano, one of the most active volcanos on the Alaska peninsula. The volcano had begun a new eruption the day before. It had sent ash 20,000 feet (6,000 meters) into the air that day, with ash going much higher on Monday. Falling ash and volcanic lightning were reported. By Tuesday morning, USGS said, the eruption appeared to be declining.

Lava fountaining from the summit crater was observed throughout [Sunday] night by mariners, pilots, and by residents in Cold Bay, located 37 miles (60 km) to the southwest. Volcanic mudflows are likely on the flanks of the volcano and could present a hazard in the local river valleys.

The town mentioned above – Cold Bay, Alaska – and the town of King Cove, Alaska located about about 30 miles (50 km) to the northwest, each have populations of about 100 people, according to a 2010 census.

Jessica Larsen, co-ordinating scientist with the University of Alaska Geophysical Institute, told British Columbia’s CBCNews that the eruption had been unexpected. She said:

Pavlof is known to us for having a pretty quick onset to eruptions. It doesn’t always give us long precursory signals.

If you look at some of the seismic data that we have, the intensity really ramped up pretty fast. It was quite abrupt. 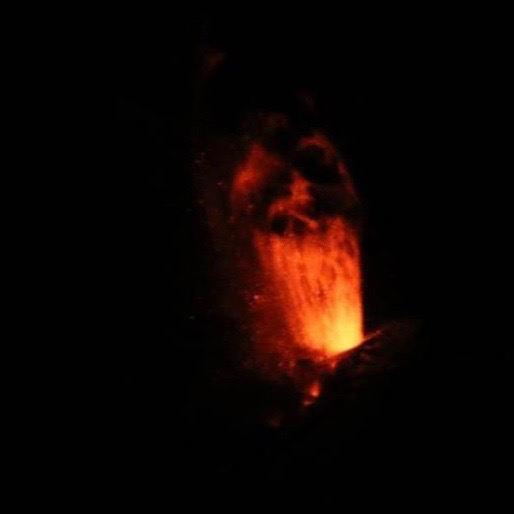 Lighting associated with the ash eruption has been detected this morning, and infrasound (pressure sensor) data from a sensor network located in Dillingham (400 miles or 650 km) also indicate sustained ash emissions.

As of 7:00 Alaska Daylight Time (15:00 UTC), a continuous plume of ash is observed in satellite images extending for a distance of more than 400 miles (650 km) to the northeast over interior Alaska.

USGS then provided this summary on Tuesday, March 29:

The intensity of eruptive activity at Pavlof Volcano has declined significantly starting at about 12:30 pm Alaska Daylight Time (20:00 UTC) and currently continuous ash emission from the summit vent is not being observed in satellite imagery. Thus, Alaska Volcano Observatory (AVO) is lowering the Aviation Color Code to ORANGE and the Volcano Alert Level to WATCH … A drifting ash cloud extending from the southern Bering Sea into interior Alaska is still present and may pose a hazard to air travel. Additional information about the ash cloud and its impacts on aviation can be found at https://aawu.arh.noaa.gov/.

Although the intensity of the eruption has diminished, it is possible for conditions to change at any time and significant ash emissions may resume with little to no warning … AVO will continue to monitor the volcano closely. 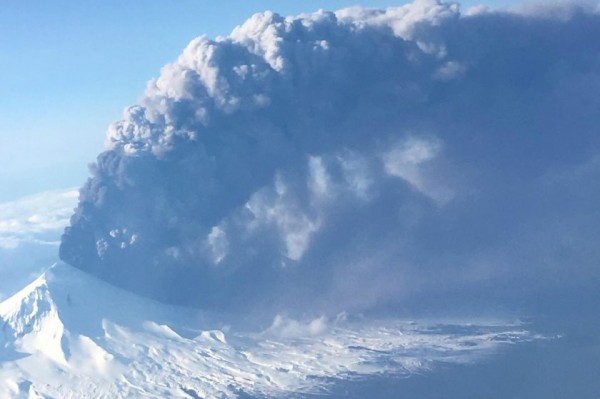 Bottom line: The aviation code has been set to red, and airlines are being re-routed, in the vicinity of Pavlof Volcano, one of the most active volcanos on the Alaska Peninsula, which began erupting on Sunday (March 27, 2016). The eruption continues …