Late last month, a team of researchers said Earth’s oceans had warmed 60% more than anyone had realized. Now that result appears unlikely, since a mathematician and climate contrarian has uncovered a scientific error. 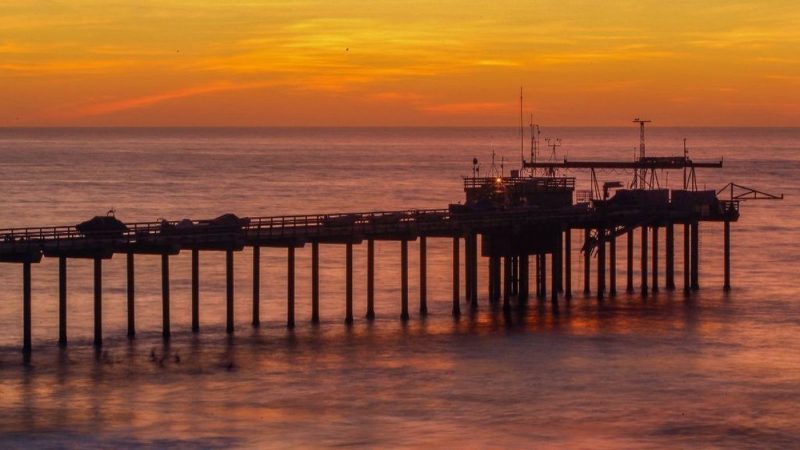 This is good news. It is less certain today that Earth’s oceans are 60 percent warmer than we thought (although they may still be that warm). As reported in the Los Angeles Times on November 14, 2018, researchers with University of California San Diego’s Scripps Institution of Oceanography and Princeton University have had to walk back a widely reported scientific result – based on a paper published in Nature last month – that showed Earth’s oceans were heating up dramatically faster than previously thought as a result of climate change.

The October 31 paper in Nature stated the oceans had warmed 60 percent more than outlined by the United Nations’ Intergovernmental Panel on Climate Change (IPCC). On November 6, mathematician Nic Lewis posted his criticisms of the paper at Judith Curry’s blog. Both Lewis and Curry are critics of the scientific consensus that global warming is ongoing and human-caused.

In his November 6 blog post, Lewis pointed out flaws in the October 31 paper. The authors of the October 31 paper now say they’ve redone their calculations, and – although they find the ocean is still likely warmer than the estimate used by the IPCC – they agree that they “muffed” the range of probability. They can no longer support the earlier statement of a heat increase 60 percent greater than indicated. They now say there is a larger range of probability, between 10 percent and 70 percent, as other studies have already found.

A correction has been submitted to Nature.

The Los Angeles Times reported that one of the co-author’s on the paper – Ralph Keeling at the Scripps Institution of Oceanography – “took full blame” and thanked Lewis for alerting him to the mistake. Keeling told the Los Angeles Times:

When we were confronted with his insight it became immediately clear there was an issue there. We’re grateful to have it be pointed out quickly so that we could correct it quickly.

In the meantime, the Twitter-verse today has done the expected in a situation like this, where a widely reported and dramatic climate result has had to be walked back. Many are making comments like this one:

We always knew it was garbage but will the globalists agree with reality or deny it once more? ** 'We Really Muffed The Error Margins': Global Warming Report Rendered Worthless After Scientists Point Out Flaw In Ocean-Warming Survey https://t.co/uVzwS7UE36

But cooler heads on Twitter and elsewhere in the media are also weighing in, pointing out – as has been necessary to point out time and again – that science is not a “body of facts.” Science is a process. Part of the reason scientists publish is so that other scientists can find errors in their work, so that the errors can be corrected.

All scientists know this. The Los Angeles Times explained it this way:

While papers are peer-reviewed before they’re published, new findings must always be reproduced before gaining widespread acceptance throughout the scientific community …

The Times quoted Gerald Meehl, a climate scientist at the National Center for Atmospheric Research in Boulder, Colorado, as saying:

This is how the process works. Every paper that comes out is not bulletproof or infallible. If it doesn’t stand up under scrutiny, you review the findings.

Bottom line: An error has been found in the October 31, 2018 paper published in Nature – showing an increase in ocean warming 60 percent greater than that estimated by the IPCC. The authors have acknowledged the error, and a correction has been submitted to Nature.