Northern Hemisphere just had its hottest summer on record

Not only was August 2020 the 2nd-warmest August on record, but the Northern Hemisphere had its warmest summer on record, and the globe as a whole had its 3rd-hottest 3-month season. 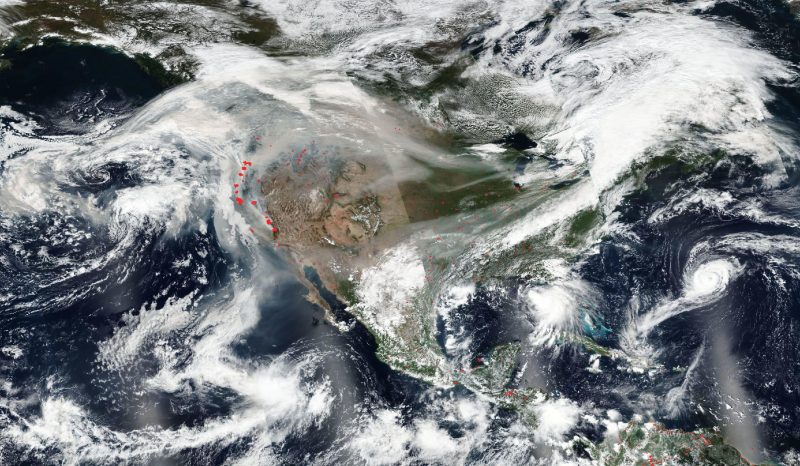 This September 14, 2020, image, by the NOAA/NASA’s Suomi NPP satellite shows smoke from western U.S. fires stretching across the country. Along with the smoke, small particles suspended in the air (aerosols) are also moved along the jet stream and bring hazardous air quality across the country. Read more about this image. Image via NOAA/ NASA/ Worldview.

According to a NOAA report released September 14, the Northern Hemisphere had its warmest summer on record in 2020, surpassing both 2019 and 2016, which were previously tied for hottest. The months of June, July and August were 2.11 degrees F (1.17 degrees C) above the 20th-century average.

In addition, August 2020 was the second-warmest August on record. The U.S. endured heat waves, hurricanes, a devastating derecho and raging wildfires out West. On August 16, Death Valley in California reported a high temperature of 130 degrees F (54 C). If verified, this temperature would be the hottest August temperature on record for the U.S. 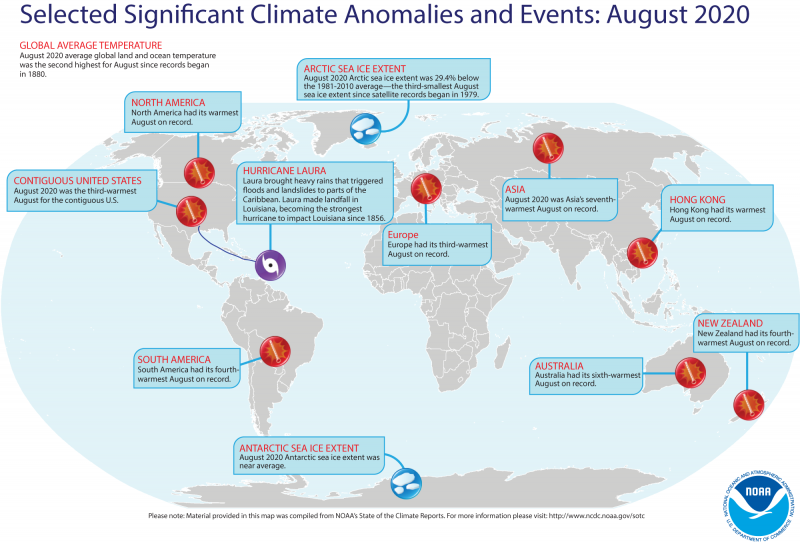 View larger. | A map of the world plotted with some of the most significant weather and climate events that occurred during August 2020. According to scientists at NOAA’s National Centers for Environmental Information, the average global land and ocean surface temperature in August was 1.69 degrees F (0.94 of a degree C) above the 20th-century average of 60.1 degrees F (15.6 degrees C), making it the second-hottest August in the 141-year record, behind August 2016. Image via NOAA.

More notable climate stats and facts from the NOAA report:

2020 has been a real boiler of a year, so far: Europe, Asia and the Caribbean region had their hottest January-August period on record. South America’s year-to-date average temperature ranked as second-hottest ever recorded. 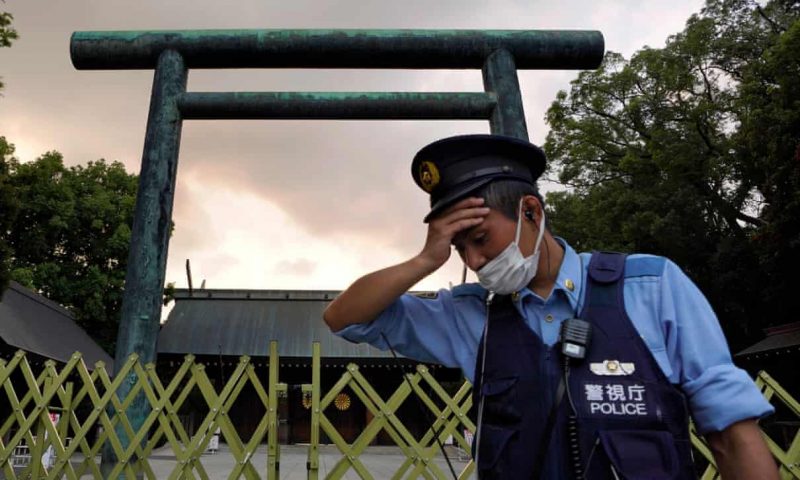 A policeman wipes sweat from his forehead while on duty in the summer heat in front of a Torii gate at the Yasukuni Shrine in Tokyo, Japan, in August. Image via Kimimasa Mayama/ EPA/ The Guardian.

Firefighters survey smoke from Colorado’s Pine Gulch fire, which, according to Inciweb, as of August 27 became the largest wildfire in Colorado’s history. Image via NOAA.

Bottom line: In 2020, the Northern Hemisphere had its warmest summer on record and the globe as a whole had its third-hottest 3-month season, too.