Photos from far northern Europe last night and this morning (July 13 and 14, 2016) of a wonderful display of noctilucent, or night-shining, clouds. 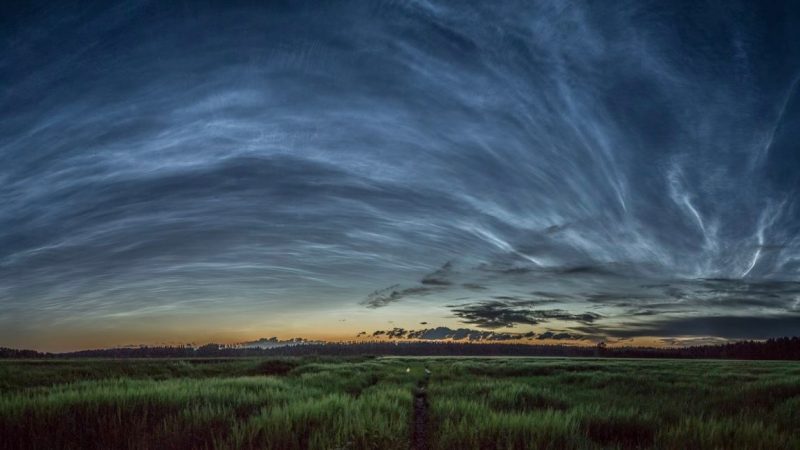 Noctilucent clouds – sometimes called night-shining clouds – are a beautiful seasonal phenomenon. The clouds appear at night and shine silver-blue. They sometimes light up summer night skies at high latitudes – say, about 45 degrees N. or S. – from May through August in the Northern Hemisphere and from November through February in the Southern Hemisphere. 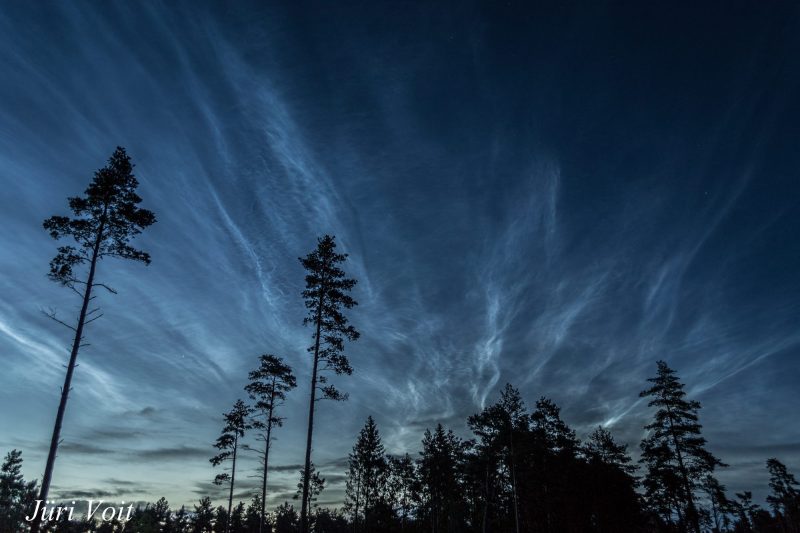 Noctilucent clouds form in the highest reaches of the atmosphere – the mesosphere – as much as 50 miles (80 km) above the Earth’s surface. They’re are thought to be made of ice crystals that form on fine dust particles from meteors. They can only form when temperatures are incredibly low and when there’s water available to form ice crystals.

If you want to see these clouds, remember, you have to be at a relatively high latitude on Earth to see them: between about 45° and 60° North or South latitude. They’re primarily visible when the sun is just below the horizon, say, from about 90 minutes to about two hours after sunset or before sunrise. At such times, when the sun is below the ground horizon but visible from the high altitude of noctilucent clouds, sunlight illuminates these clouds, causing them to glow in the dark night sky.

Here they are: bright #NLC "rising" over my (western) German NNE horizon at 50.7° North. Next half hour = exciting! pic.twitter.com/uAuAJwQ4rs

Bottom line: Beautiful display of noctilucent clouds over northern Europe on July 13 and 14, 2016.