But the population-pollution relationship is not the same everywhere.

If you live in a large city like New York, London, Beijing or Mumbai, you are likely exposed to more air pollution than people in smaller cities in surrounding areas. But research shows that the population-pollution relationship is not the same everywhere around the globe. 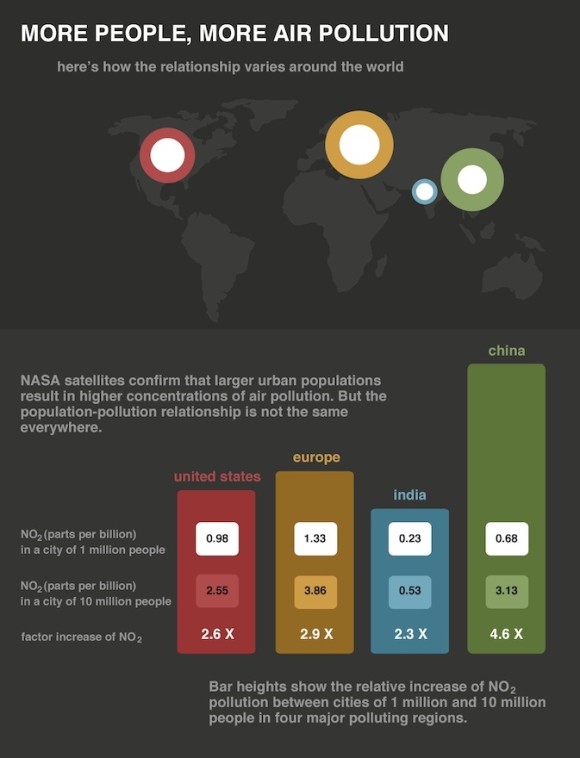 The variation is a reflection of regional differences such as industrial development, per capita emissions and geography. The study was published June 13 in Environmental Science & Technology.

Previously, researchers have measured the relationship between population and several urban characteristics, such as infrastructure, employment and innovation.

The researchers focused on nitrogen dioxide, or NO2, a common pollutant from the burning of fossil fuels. The gas is a precursor to the formation of near-ground ozone, which can cause respiratory problems and is a problem in many major metropolitan areas. NO2 is also unhealthy to breathe in high concentrations. One feature of the gas, however, is that it’s a good proxy for urban air quality. 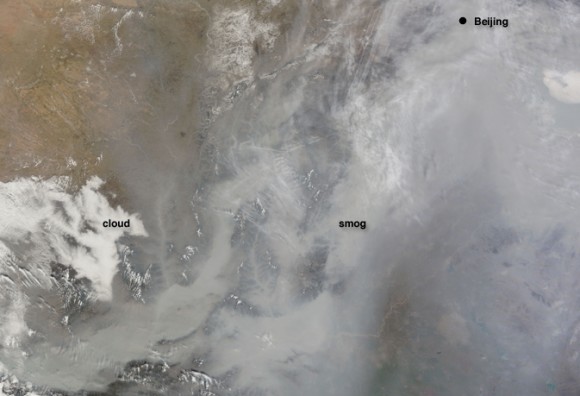 Lok and colleagues studied data collected by the Ozone Monitoring Instrument on NASA’s Aura satellite, which measures NO2 throughout the atmosphere in the afternoon around the world. Next they used an air quality computer model to derive from the satellite data the annual mean concentration of the gas near the ground in some of the Northern Hemisphere’s major polluting regions, excluding hotspots such as power plants that could skew the urban relationship. By overlaying pollution concentration with population density data, the researchers could examine the relationship.

The contribution to air pollution from surface-level NO2 in each region more than doubled when cities increased in population from 1 million to 10 million people, although in China the increase was much larger, by about a factor of five.

Energy usage patterns and per capita emissions differ greatly between India and Europe. Despite large populations, Indian cities seem cleaner in terms of NO2 pollution than the study’s other regions.

The researchers say that further investigation is needed in order to clarify the causes behind the regional differences.