Monarch butterflies are in trouble: Here’s how to help in your own yard

The 2020 annual count of monarch butterflies in the western United States found shockingly few, confirming fears that the insect is on the brink of extinction. 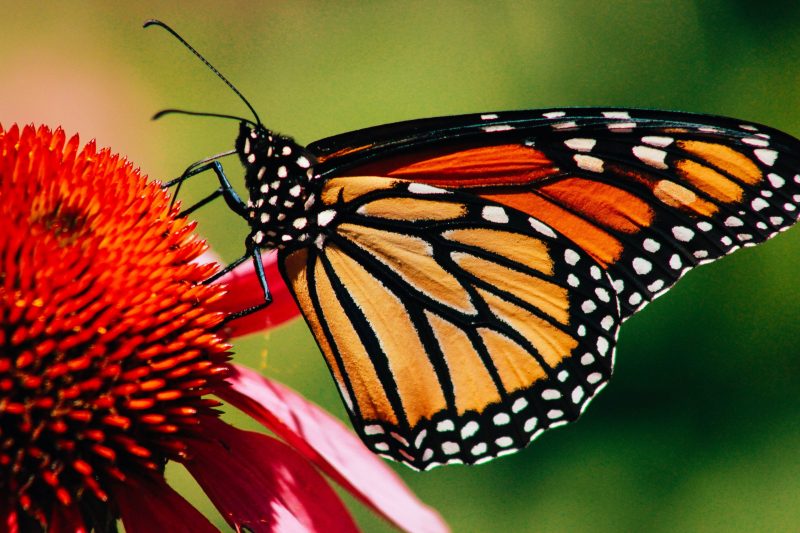 A monarch butterfly rests on a coneflower. Image via Erin Minuskin.

On January 17, 2021, the Xerces Society – an international conservation group – announced the results of its 24th annual winter butterfly count, and the news isn’t good for butterfly lovers. The group reported that the population of monarchs that winters along the California coast hit a low of less than 2,000 butterflies, a 99.9% decline since the 1980s, when up to 10 million butterflies overwintered in California.

The Xerces Society’s annual Western Monarch Thanksgiving Count assesses the number of monarch butterflies overwintering at groves of trees on the Pacific Coast of California and Northern Baja. In 2020, despite the pandemic, project volunteers collected data at 246 sites, three more than the previous year. The results show only 1,914 monarch butterflies wintering along the California coast. In comparison, the two previous years – which held the record for lowest numbers until this year – saw just under 30,000 butterflies. In the California town of Pacific Grove – historically visited by so many monarchs that it earned the nickname “Butterfly Town USA” – volunteers in 2006 counted 28,746 monarchs. But during the November 2020 count, not a single monarch was spotted.

The monarch butterfly population east of the Rockies has also taken a hit. 80% fewer monarchs populate the eastern United States than were seen in the mid-1990s.

The dire situation for monarchs has led conservationists to request protected status for the butterflies from the U.S. Fish and Wildlife Service (USFWS). But after a four-year assessment, the USFWS announced on December 15, 2020,that listing the monarch as endangered or threatened under the Endangered Species Act is warranted, but precluded by higher priority listing actions. 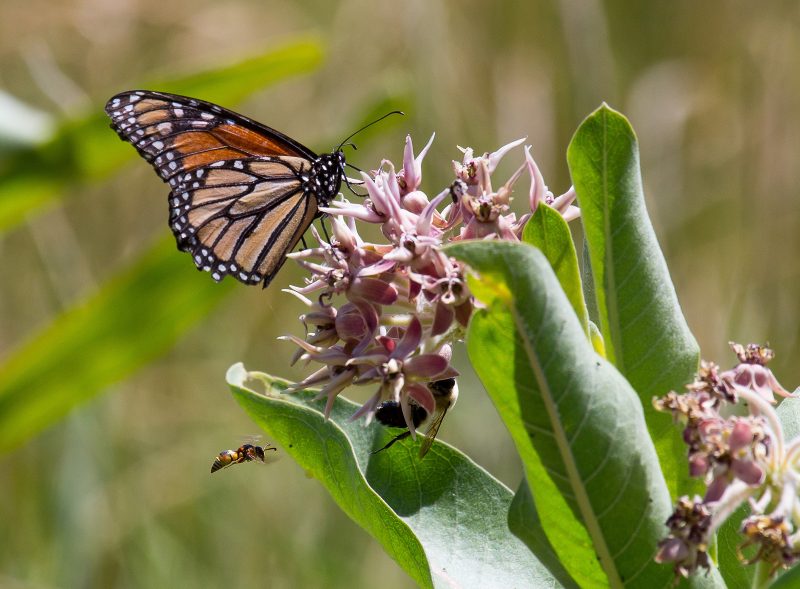 Because the monarch is a widespread species, it can turn up almost anywhere in the US, and there are actions that any of us can take to help it. Planting native milkweed, such as the showy milkweed in this photo, is a valuable step. Image via USFWS Midwest/ Flickr/ Xerces Society.

Scientists say that loss of habitat, climate change and pesticide use appear to be the leading factors in the butterflies’ decline.

How can you help monarchs? The Xerces Society has issued a call to action with steps that you can take, in your own yard. Here are some ideas …

Build a pollinator garden: A simple, native flower garden with milkweed will attract butterflies to your yard and help them stay healthy. In addition to nectar from flowers, monarch butterflies need milkweed to survive, so if you notice the leaves on your milkweed have been chomped, it’s a great sign! There’s a step-by-step guide here.

Plant pesticide-free: Learn more about why avoiding toxic pesticides is more important than ever.

Care for a butterfly in your own yard: A female adult butterfly can lay about 400 eggs, and of those 400 eggs, only about eight live to become adult butterflies. One hands-on way to give monarchs a better chance at survival is by collecting the eggs or caterpillars and raising them in protected net cages until the butterfly emerges. Follow these steps.

Only 1 or 2 monarchs per 100 live to adult stage. Raising them in net cages away from predators is one way to help more butterflies reach adulthood. Image via Sharon Kizer.

With the help of Monarch Watch you can obtain stickers to tag your butterflies. These safe, lightweight markers help scientists understand the timing and pace of migration and the geographic distribution of the monarchs. 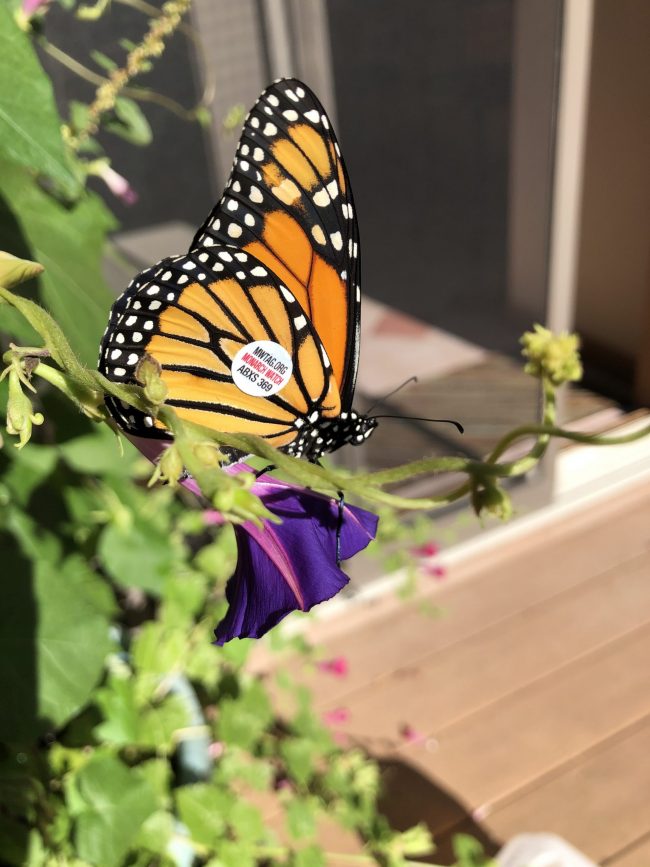 This butterfly was raised to adult stage in Wisconsin and tagged before its release. Image via Sharon Kizer.

Bottom line: Monarch butterflies may soon disappear from the western United States, and the eastern population is not far behind. But there are ways you can help.