How do monarch butterflies know when it’s time to migrate?

Overwintering monarch butterflies rely on a temperature-sensitive internal timer to wake them up to make the trip back north, researchers report.

Each fall, millions of North American monarch butterflies fly thousands of miles and somehow manage to find the same overwintering sites in central Mexican forests and along the California coast.

Once they get there, monarchs spend several months in what’s called diapause, a hormonally-controlled state of dormancy that helps the butterflies survive the winter. An internal timer – like an alarm clock going off – rouses the insects out of diapause, weeks before warming temperatures and longer days, to mate and begin spring’s northward migration.

How do the butterflies know when it’s time to migrate? It’s a question that’s long puzzled and intrigued scientists who study biological timing.

These results are particularly interesting because they address a counterintuitive result: How does cold temperature, which normally slows down an organism’s metabolism and development, speed up diapause?

Read about how Green conducted his study. 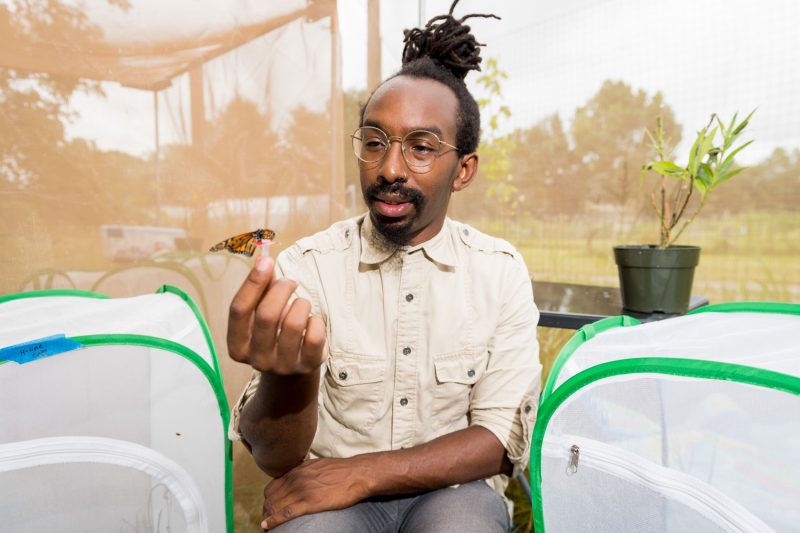 D. André Green holds a monarch butterfly in a University of Michigan outdoor insectary. Green studies monarch migration and the internal timer that tells the butterflies it’s time to wake from winter dormancy and prepare for their springtime journey northward. Image via Daryl Marshke, Michigan Photography.

Green said the findings have important implications for North America’s monarchs, whose populations have declined steadily for decades at the overwintering sites as the climate changes. According to the study:

Understanding how diapause dynamics are affected by environmental and anthropogenic factors at their overwintering sites may be critical for understanding North American monarch population decline and guiding future conservation efforts, a point highlighted by the record low number of monarchs recorded in the western North American monarch population in 2018. 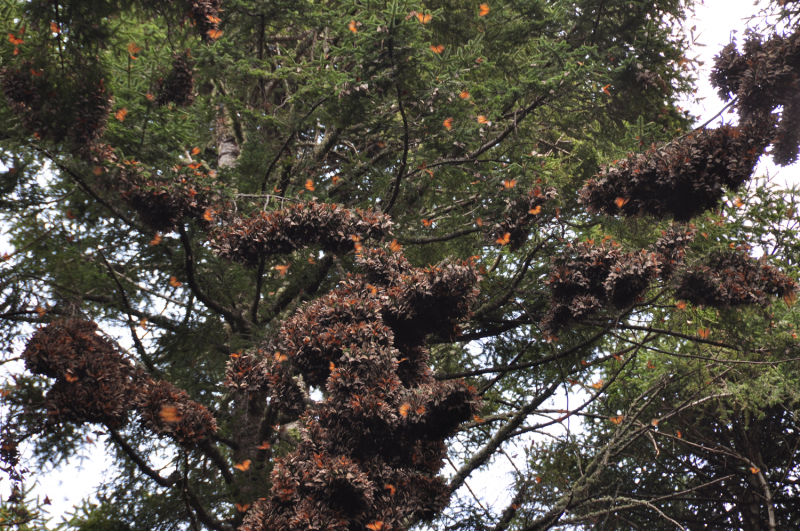 The findings also suggest that monarchs will act as an important sentinel species for monitoring environmental change and disturbance at overwintering sites. If diapause ends too early, monarchs may lose some of the protective time the dormancy period provides. 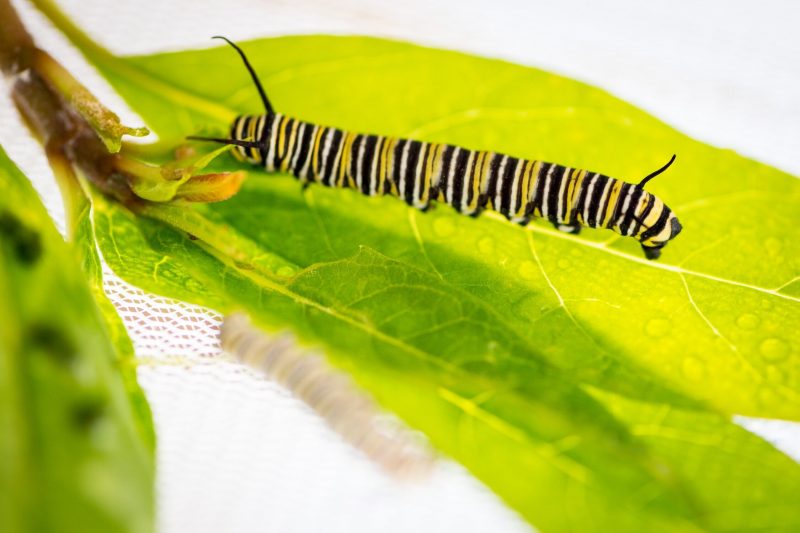 A monarch caterpillar on a milkweed leaf. Image via Daryl Marshke, Michigan Photography. 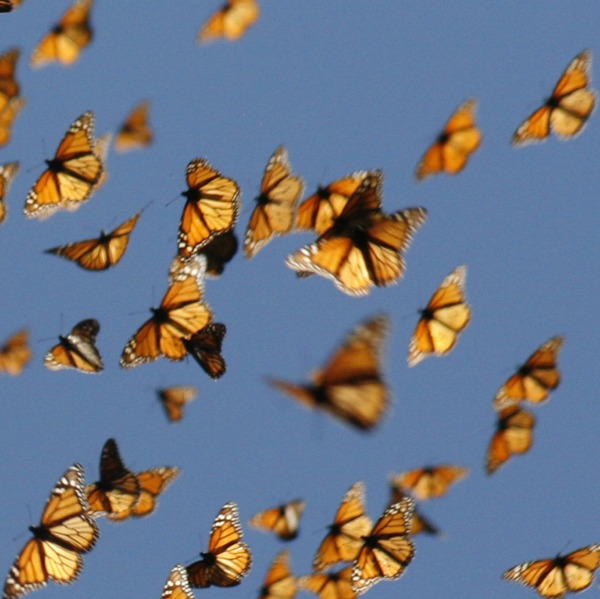