When rains fell on the arid Atacama Desert, it was reasonable to expect floral blooms to follow. But a team of astrobiologists has found that the water brought death instead. 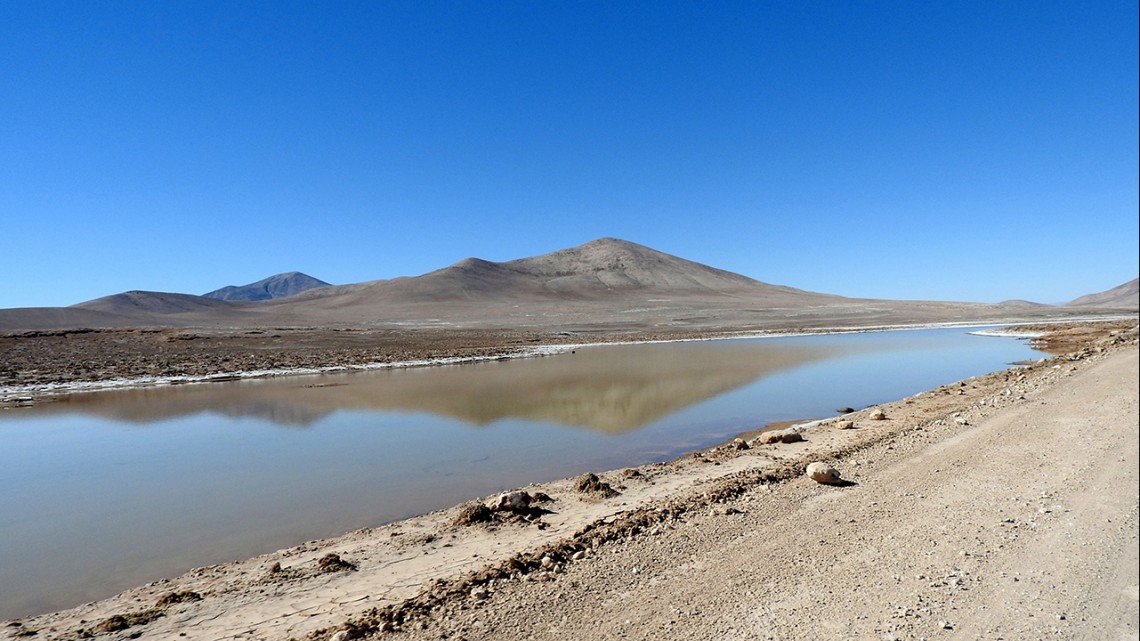 A small, ephemeral lagoon in the hyperarid core of the Atacama Desert. Image via: Carlos González-Silva/Cornell Chronicle.

After encountering never-before-seen rainfall at the arid core of Chile’s Atacama Desert, a team of planetary astrobiologists found that the heavy precipitation wiped out most of the microbes that had lived there.

The Atacama Desert is the driest place on Earth. It receives just millimeters of rain each year, on average, and its parched conditions make it a commonly used stand-in for Mars.

Last year, an international team of scientists working in the Atacama were astounded to find multiple lagoons of liquid water there — the ephemeral runoff from an unusual rain event in June 2017. But the rainfall that created these ponds didn’t result in a bloom of life, the researchers found. Instead, it was actually lethal to the majority of microbes adapted to the extreme aridity of the Atacama.

Alberto Fairen, a Cornell University astrobiologist is co-author of the study, published November 12, 2018, in the peer-reviewed journal Scientific Reports. Fairen said in a statement:

When the rains came to the Atacama, we were hoping for majestic blooms and deserts springing to life. Instead, we learned the contrary, as we found that rain in the hyperarid core of the Atacama Desert caused a massive extinction of most of the indigenous microbial species there.

The hyperdry soils before the rains were inhabited by up to 16 different, ancient microbe species. After it rained, there were only two to four microbe species found in the lagoons. The extinction event was massive. 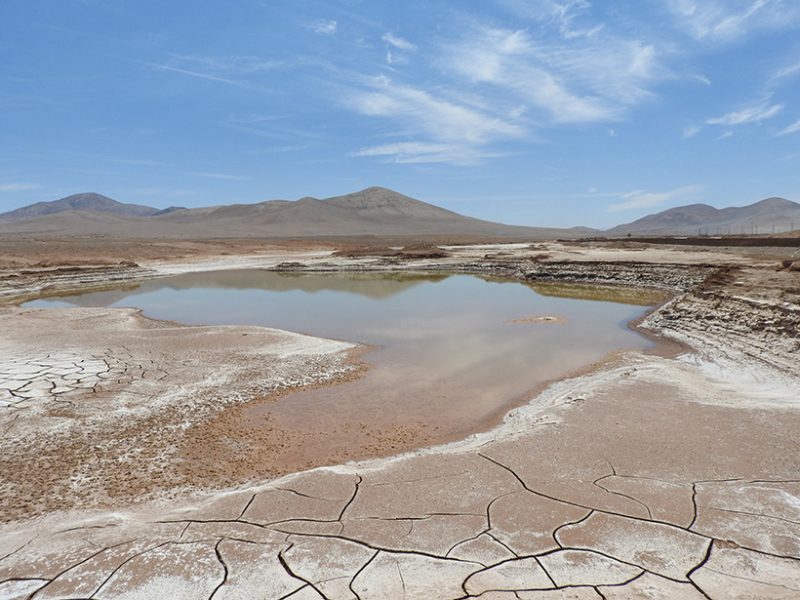 This lagoon appeared in 2017 in Chile’s Atacama Desert. It evaporated months later. image via Carlos González-Silva.

The core of Atacama rarely, if ever, sees rain. But thanks to changing climate over the Pacific Ocean, according to the new paper, that part of the desert experienced rain events on March 25 and August 9, 2015. It rained again on June 7, 2017. Climate models suggest that similar rain events may take place about once every century, but there has been no evidence of rain for the past 500 years.

These findings have implications for future spacecraft missions, the researchers said, that will collect samples from other planets: Incubating dry soil samples in aqueous solutions, as was done with the Viking landers on Mars in the 1970s, may have the inadvertent effect of killing microbial life.

The surprise precipitation also has implications for the biology of Mars, the researchers said. Large deposits of nitrates at the Atacama Desert offer evidence of long periods of extreme dryness. These nitrate deposits are food for microbes. The nitrates concentrated at valley bottoms and former lakes about 13 million years ago. Fairen said:

Nitrate deposits are the evidence. This may represent an analog to the nitrate deposits recently discovered on Mars by the rover Curiosity … Our results show for the first time that providing suddenly large amounts of water to microorganisms – exquisitely adapted to extract meager and elusive moisture from the most hyperdry environments – will kill them from osmotic shock. 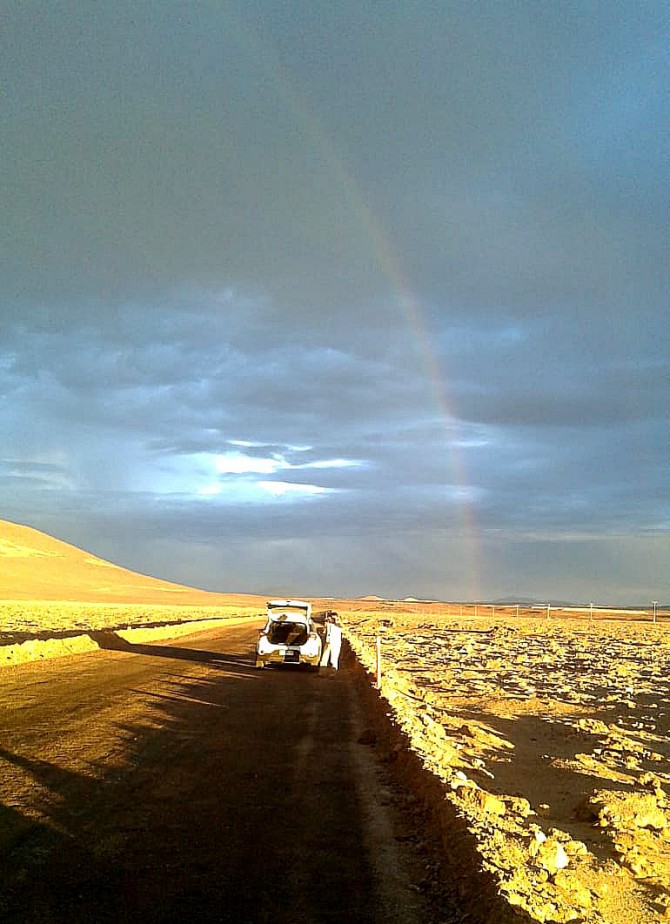 A historically rare rainbow in the Atacama Desert. Image via: Carlos González-Silva/Cornell Chronicle.

Bottom line: A team of planetary astrobiologists found that heavy precipitation in the arid Atacama Desert killed most of the microbes that lived there.