This could be the longest ocean creature ever recorded

Scientists have discovered a 150-foot (46-meter) example of a siphonophore, a string-like deep-sea predator in Australian waters.

A team of scientists has discovered a 150-foot (46-meter) siphonophore, which they say might be the the longest animal ever recorded. The massive gelatinous siphonophore was discovered during a month-long scientific expedition exploring the submarine canyons near Ningaloo in the Indian Ocean off the coast of Western Austalia.

Each siphonophore is a floating colony of tiny individual zooids, clusters of cells that clone themselves thousands of times into specialized bodies that string together to produce an extended body. Siphonophores are predators that feed, like jellyfish, by dangling tentacles in the water that sting and paralyze small crustaceans and fish.

Nerida Wilson, a senior research scientist at the Western Australian Museum, led the expedition. Wilson told The Guardian that the discovery of the extra-long siphonophore came when many researchers on board were least expecting it. Using an underwater robot, the research vehicle dived as deep as 14,564 feet (4,439) meters, but the enormous siphonophore was discovered as the vehicle was making its way back to the surface, at around 2,070 feet (630 meters). She said:

Most scientists had drifted out of the control room. The word soon spread and people came pouring into the control room to share the excitement. It was just amazing to see this huge organism spread out like a spiral UFO, hovering in the water column. We couldn’t believe what we were seeing. 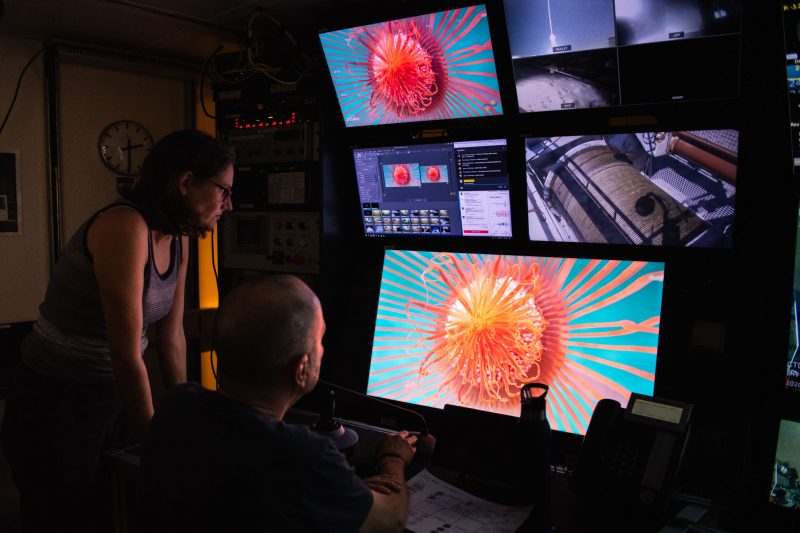 The siphonophore was just one of the expedition’s unique finds. The researchers aboard Schmidt Ocean Institute’s research vessel Falkor also identified up to 30 new underwater species. Wilson said in a statement:

We suspected these deep sea areas would be diverse but we have been blown away by the significance of what we have seen. 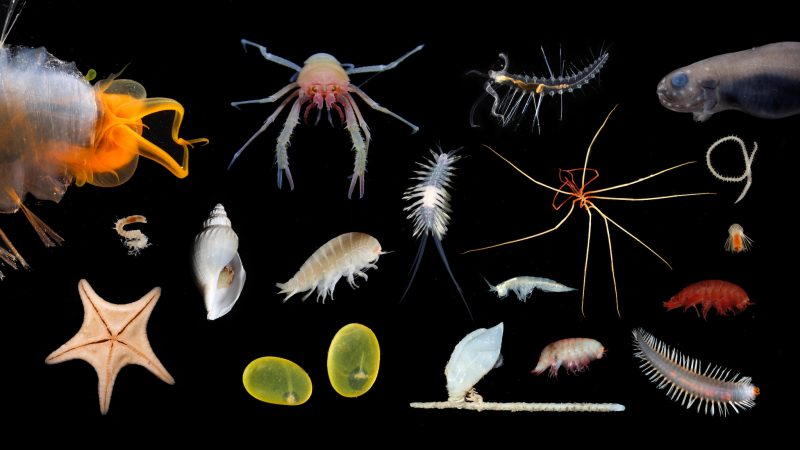 The team has amassed an incredible collection of organisms which will help to shed new light on the biodiversity of Cape Range Canyon and Cloates Canyon off Ningaloo. Image via Greg Rouse (Scripps Oceanography)/ Nerida Wilson/ Schmidt Ocean Institute.

Bottom line: An expedition exploring the undersea Ningaloo canyons off Western Australia has discovered a 150-foot (46-meter) example of a siphonophore, a string-like deep-sea predator in Australian waters.