The largest land organism is … a fungus

Maybe you thought it was the giant sequoia or the African elephant. Not even close. The biggest honey fungus identified in North America measures 3.4 miles across!. 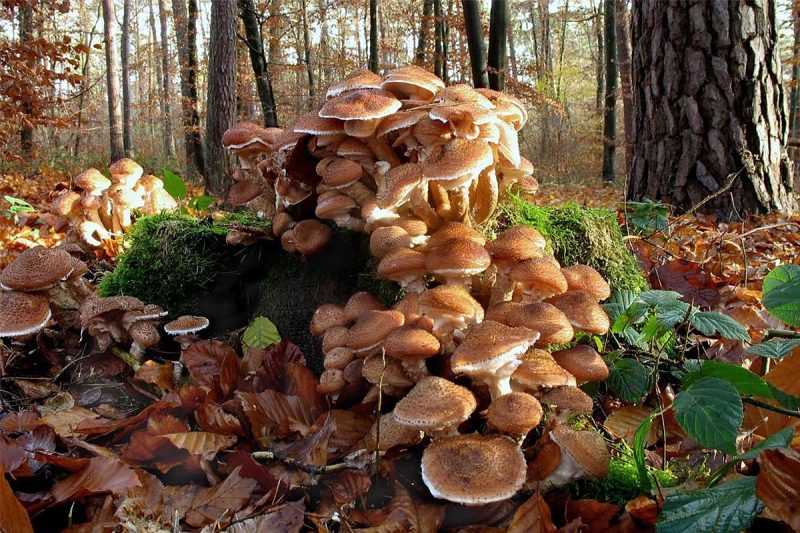 Honey fungus is widely distributed across the cooler regions of the United States and Canada. It is very common in the forests of the Pacific Northwest. These fungi grow in individual networks of above- and below-ground fibers called mycelia. Mycelia work like a plant’s roots. They draw water and nutrients from the soil to feed the fungus. At the same time, they make chemicals that are shared with other organisms in the soil.

The honey fungus gets its size from its ability to fuse into a single organism. Soil scientist Jesse Morrison, from Mississippi State University, explained:

When mycelia from different individual honey fungus bodies meet, either in or on the soil surface, they can attempt to fuse to each other. The fungi must be genetically identical honey fungi. When the mycelia successfully fuse to each other, they link very large fungal bodies together. This, in turn, changes extensive networks of fungal ‘clones’ into a single individual.

Honey fungus is a bit different from many other fungi, not just because it its size. It’s a parasite and can kill trees. In fact, it gained fame in the late 1990s as the “culprit” that was killing fir trees in the Pacific Northwest.

Bottom line: The largest land organism on Earth is the honey fungus.