Large crater appears at ‘the end of the world’

A science team is investigating a mysterious crater on the Yamal peninsula of northern Siberia. It’s about 80 meters (87.5 yards) across. No cause is yet known. 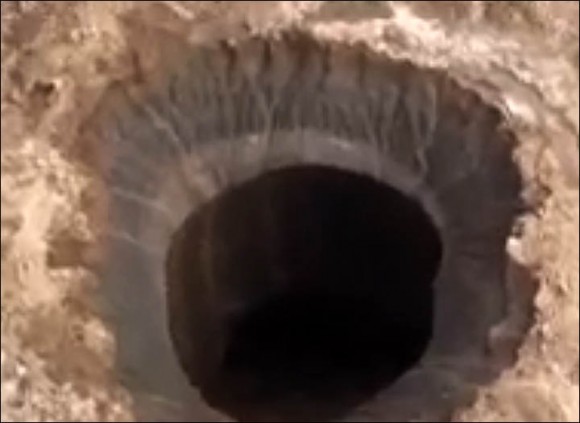 The crater is about 80 meters (262 ft) across, nearly as wide as an American football field. Photo by Konstantin Nikolaev via Siberian Times.

Siberian Times reported yesterday (July 15, 2014) on the large crater, or sink hole, that has appeared over the gas-rich Yamal peninsula in northern Siberia. The name Yamal means “the end of the world.” The cause of the crater, which was spotted by helicopters, is not yet known. A team of scientists has been sent to investigate the hole and is due to arrive at the scene on today. Siberian Times said:

The giant hole appeared close to a forest some 30 kilometers from Yamal’s biggest gas field Bovanenkovo. Experts are confident that a scientific explanation will be found for it and that it is not – as one web claim suggested – evidence ‘of the arrival of a UFO craft’ to the planet.

A report and footage highlighted by Zvezda TV says the dark color of the crater indicates ‘some temperature processes’, without explaining more what they may mean. Others say that the darkening around the inner rim indicates its formation was accompanied by severe burning scorching the edges.

Some observers believe water or dry soil is seen falling into the cavity. 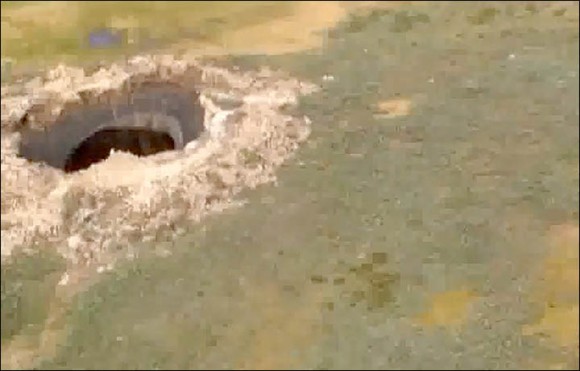 The scientific expedition due to arrive in the area today was organized by Yamal authorities. It includes two experts from the Centre for the Study of the Arctic and one from Cryosphere Institute of the Russian Academy of Sciences. They, and a specialist from the Emergencies Ministry, plan to take samples of soil, air and water from the scene. A spokesman told Siberian Times:

We can definitely say that it is not a meteorite. No details yet.

Initial reports and images were suspected to be fakes, but the hole is a real phenomenon and it is believed to have been formed around two years ago. 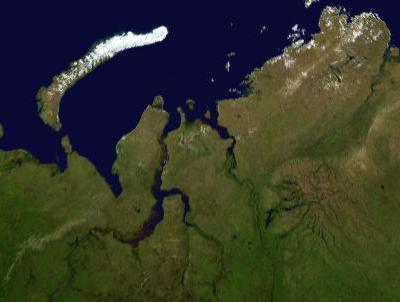 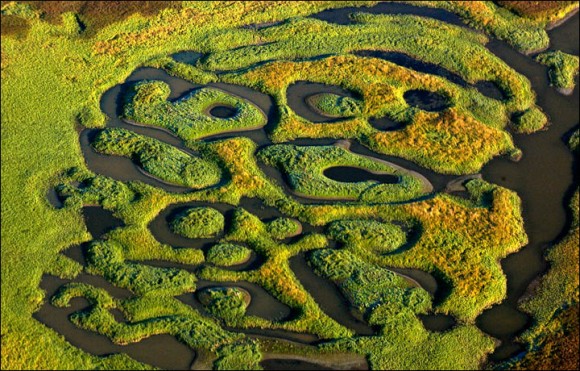 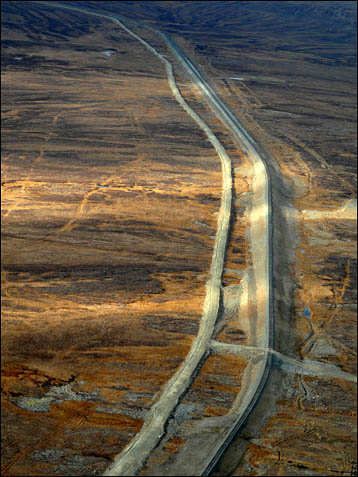 The Bovanenkovo gas field is a natural gas field located in this region. It was discovered in 1972 and developed by Gazprom.

Bottom line: A mysterious crater or sink hole has been found on the Yamal peninsula of northern Siberia. No cause is yet known. It is about 80 meters ((262 feet) across.