James Cameron has become the first human to reach and return solo from the 6.8-mile-deep (11-kilometer-deep) undersea Challenger Deep in the Mariana Trench.

James Cameron’s submersible craft Deepsea Challenger reemerged from its record-breaking dive into the Challenger Deep of the Mariana Trench – the deepest known point in the Earth’s oceans – today at 2 UTC (9 p.m. CST on March 25, 2012). Cameron is a National Geographic explorer and filmmaker. He is the first human being to reach the bottom of the 6.8-mile-deep (11-kilometer-deep) undersea trench, traveling in what some call his “vertical torpedo.” 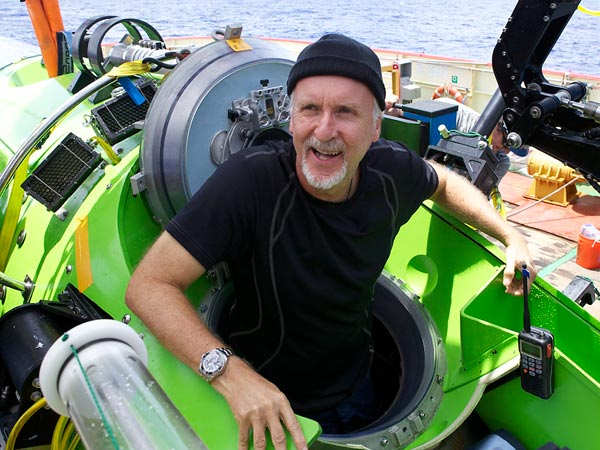 National Geographic explorer and filmmaker James Cameron completed his record-breaking dive to the bottom of the Challenger Deep in the western Pacific at noon local time (1 UTC) on March 26, 2012. Photograph by Mark Thiessen, National Geographic 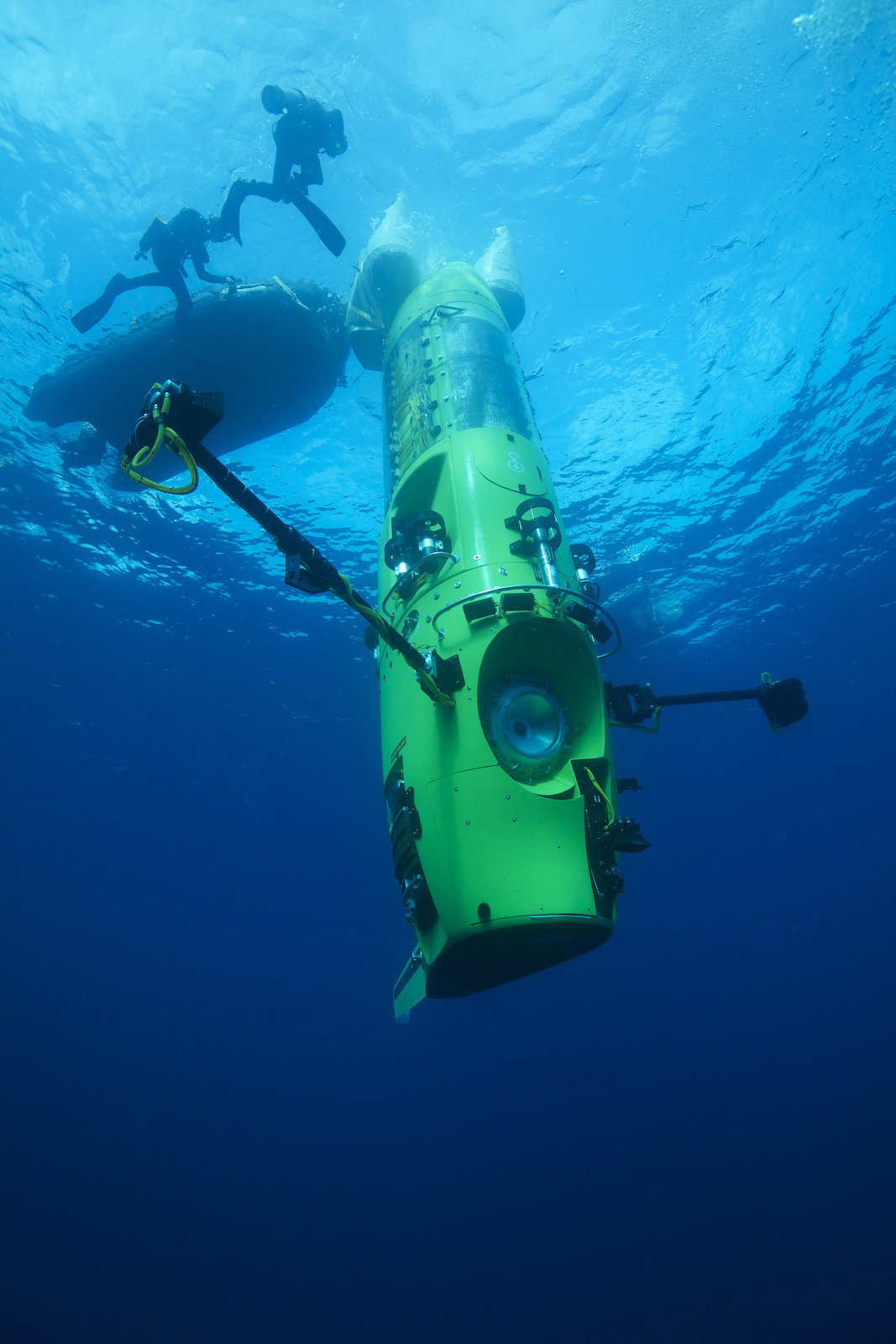 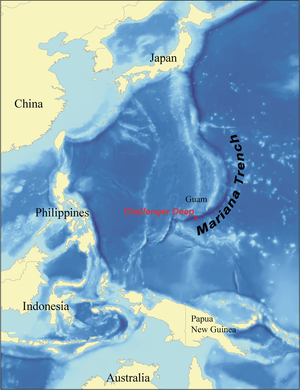 Mariana Trench in the western Pacific

James Cameron has become the first human to reach and return solo from the 6.8-mile-deep (11-kilometer-deep) undersea Challenger Deep in the Mariana Trench in the western Pacific. He descended solo in his craft Deepsea Challenger. The depth his craft recorded was 10,898 metres (35,755 ft) when he touched down.