Lab-grown meat might seem like a shake-up in the world of agriculture, but it’s really part of the trajectory that agricultural technology is already following.

By Avi Roy. Re-posted with permission from The Conversation.

We shall escape the absurdity of growing a whole chicken in order to eat the breast or wing, by growing these parts separately under a suitable medium.

At an event in London yesterday (August 5, 2013), the first hamburger made entirely from meat grown through cell culture was cooked and consumed before a live audience. In June at the TED Global conference in Edinburgh, Andras Forgacs took a step even beyond Churchill’s hopes. He unveiled the world’s first leather made from cells grown in the lab.

These are historic events. Ones that will change the discussion about lab-grown meat from blue-skies science to a potential consumer product which may soon be found on supermarket shelves and retail stores. And while some may perceive this development as a drastic shake-up in the world of agriculture, it really is part of the trajectory that agricultural technology is already following. 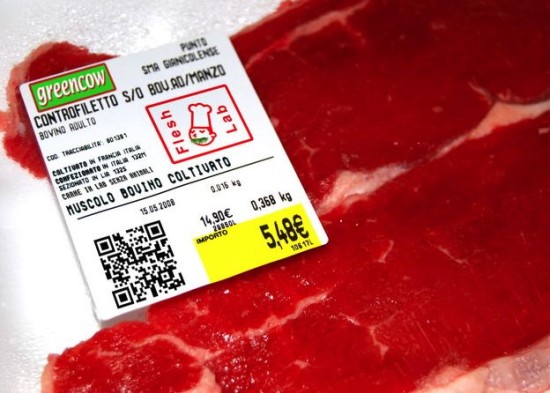 Photo via The Conversation

While modern humans have been around for 160,000 years or so, agriculture only developed about 10,000 years ago, probably helping the human population to grow. A stable food source had tremendous impact on the development of our species and culture, as the time and effort once put towards foraging could now be put towards intellectual achievement and the development of our civilisation.

In recent history though, agricultural technology has developed with the goal of securing food supply. We have been using greenhouses to control the environment where crops grow. We use pesticides, fertilisers and genetic techniques to control and optimise output. We have created efficiencies in plant cultivation to produce more plants that yield more food than ever before.

These patterns in horticulture can be seen in animal husbandry too. From hunting to raising animals for slaughter and from factory farming to the use of antibiotics, hormones and genetic techniques, meat production today is so efficient that we grow more bigger animals faster than ever before. In 2012, the global herd has reached 60 billion land animals to feed 7 billion people.

The trouble with meat

Now, civilisation has come to a point where we are recognising that there are serious problems with the way we produce food. This mass produced food contributes towards our disease burden, challenges food safety, ravages the environment, and plays a major role in deforestation and loss of biodiversity. For meat production, in particular, manipulating animals has led to an epidemic of viruses, resistant bacteria and food-borne illness, apart from animal welfare issues.

But we may be seeing change brought by consumer demand. The public has started caring about the ethical, environmental and health impacts of food production. And beyond consumer demand for thoughtful products, ecological limits are forcing us to evaluate the way food is produced.

A damning report by the United Nations shows that today livestock raised for meat uses more than 80% of Earth’s agricultural land and 27% of Earth’s potable water supply. It produces 18% of global greenhouse gas emissions and the massive quantities of manure produced heavily pollute water. Deforestation and degradation of wildlife habitats happens largely in part to create feed crops, and factory farming conditions are breeding grounds for dangerous disease.

Making everyone on the planet take up vegetarianism is not an option. While there is much merit to reducing (and rejecting) meat consumption, sustainable dietary changes in the Western world will be more than compensated for by the meat intake of the growing middle class in developing countries like China and India.

The future is cultured

The logical step in the evolution of humanity’s food production capacity is to make meat from cells, rather than animals. After all, the meat we consume is simply a collection of tissues. So why should we grow the whole animals when we can only grow the part that we eat? 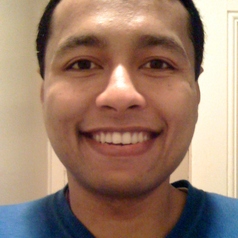 By doing this we avoid slaughter, animal welfare issues, disease development. This method, if commercialised, is also more sustainable. Animals do not have to be raised from birth, and no resources are shunted towards non-meat tissues. Compared to conventionally grown meat, cultured meat would require up to 99% less land, 96% less water, 45% less energy, and produce up to 96% less greenhouse gas emissions.

Also even without modern scientific tools, for hundreds of years we have been using bacterial cells, yeast and fungus for food purposes. With recent advances in tissue engineering, culturing mammalian cells for meat production seems like a sensible advancement.

Efficiency has been the primary driver of agricultural developments in the past. Now, it should be health, environment and ethics. We need for cultured meat to go beyond the proof of concept. We need it to be on supermarket shelves soon.

Read Avi Roy and Hanna L. Tuomisto’s conference paper, on which this post is based: Could cultured meat reduce environmental impact of agriculture in Europe?

More about cultured meat in the journal Environmental Science and Technology