Icy volcano in Chile about to erupt?

Several recent events suggest that a set of glacier-covered volcanoes in the southern Chilean region of Bío-Bío may be likely to erupt. 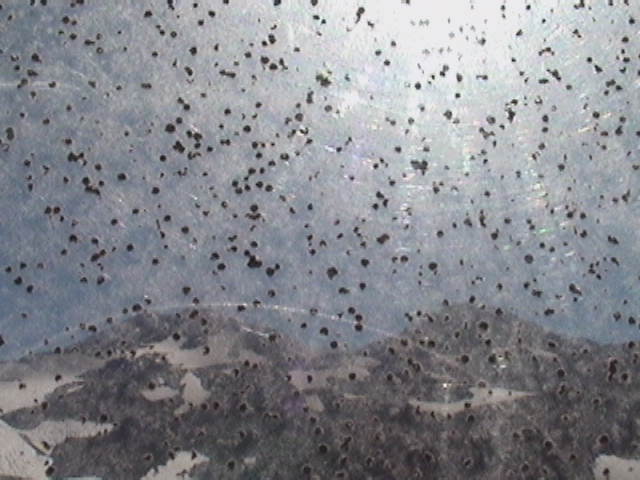 Several recent events suggest that a set of glacier-covered volcanoes in the southern Chilean region of Bío-Bío, which have been showing increasing activity since December, may be likely to erupt. The three mountains, known as the Nevados de Chillán, reach over 3200 meters in elevation, and have a set of glaciers totaling over 2 square kilometers in area on their summits. They have a long record of eruptions, with historical documentation from the 17th century. Radiocarbon evidence records eruptions that took place about 8000 years ago.

The Nevados de Chillán complex, which averaged about one eruption a decade during the 19th and 20th centuries, had been relatively quiescent since an eruption in 2003. Sticking roughly to that schedule, the complex began to show signs of returning to activity with an earthquake in February 2015 which registered 3.2 on the Richter scale. The Chilean National Geology and Mining Service (SERNAGEOMIN) maintained the volcano warning at the lowest level, green, until 31 December, when it issued a yellow warning, signaling an intermediate level of danger. This shift was prompted by the appearance of a new gas vent on 8 December and by a series of over 2000 small seismic events, all under 2.0 on the Richter scale, throughout the month, which indicated the fracturing of solid rock and the upward movement of magma beneath the surface. 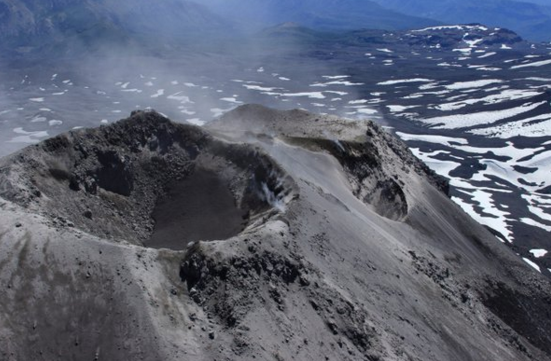 New crater near the summit at Chillán. Image credit: SERNAGEOMIN

This activity has picked up in January, 2016 with the opening of a second new vent on 8 January, accompanied by a 2.9 earthquake and a cloud of ash. SERNAGEOMIN and the National Office of Emergencies (ONEMI) installed two webcams near this vent on 27 January. Providing these cameras with material to record, new clouds of ash appeared on 29 January. On 30 January, a crater, about 25-30 meters in diameter, appeared near the other new vents, with gasses, ashes and occasional blocks of cooled lava emerging from it. Temperatures at the summit were about 125º C, which was consistent with ongoing hydrothermal activity but did not suggest that magma, typically closer to 1000 º C in temperature, was approaching the surface. Taken as a whole, these new activities led ONEMI to create a 2-km zone around the new craters from which people are excluded. The local sense of concern was increased by the wide availability of images from the new cameras and from an impressive thunderstorm on 31 January, as shown below: 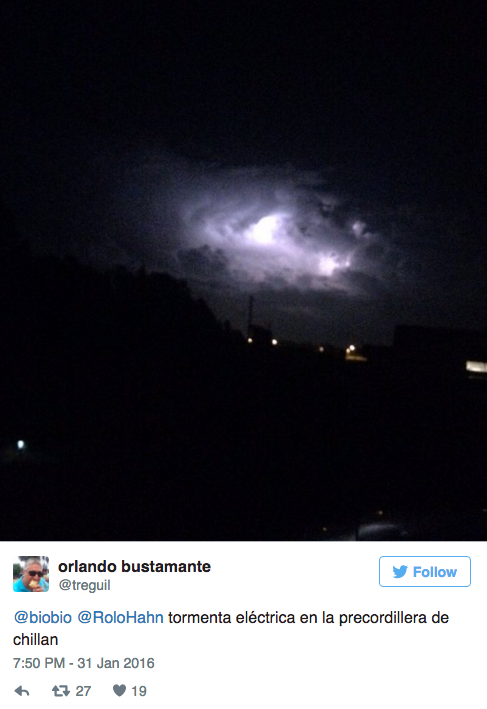 Dave McGarvie, a volcanologist with considerable experience in ice-covered volcanoes, has been working around Chillán since 2001. In his blog, he offers this overview of the situation: 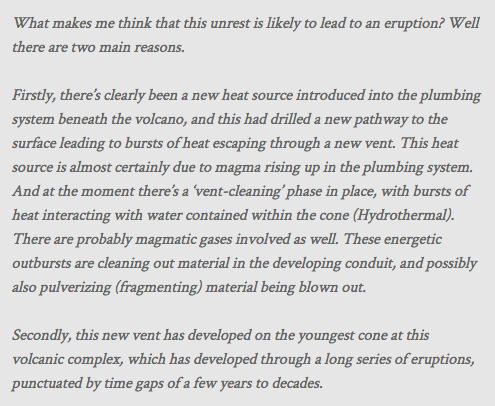 McGarvie’s assessment is that an eruption in the near future would probably be small, though it could include significant volumes of lava as well as of gases and ashes. He notes that the snow cover on the mountain is relatively small at this time of year, the austral summer, but that the risk of melting snow and glacier ice cannot be excluded. SERNAGEOMIN produced a map in 2012 that indicated the zones of danger from lahars (volcanic mudflows), which extend 40 km from the volcanoes through the foothills of the mountains and of local authorities into valleys with farms and town. Local officials could use these maps to organize evacuations if a large eruption occurred. 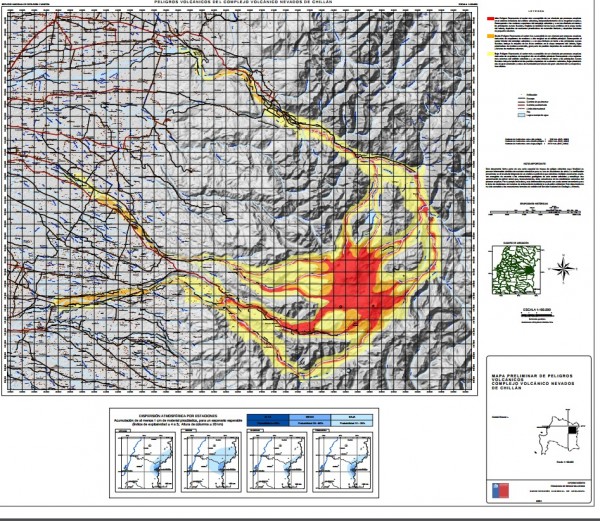 However, the summer season brings another risk to the area: fires. A brushfire in the area on 31 January threatened to grow large, but was controlled after several hours. On 1 February, the National Forestry Corporation (CONAF) sent three helicopters to combat a large and rapidly-moving forest fire near the mountain. With the assistance of the lumber company Masisa and four local fire departments, CONAF was able to extinguish the blaze, which closed local roads. The movement of lava down the mountain could create a large series of fires which would prove more difficult to control, especially if the current heat wave continues.

The coming weeks will provide more information about the activities of this glacier-covered volcano complex. A recent video, with dramatic footage of a sudden burst of ash and an audio recording of sustained deep rumbling, offers a suggestion of what the start of an eruption might be like.