Isaac made landfall in southeast Louisiana, in Plaquemines Parish, near the mouth of the Mississippi River at 6:45 PM CDT. Maximum sustained winds 80 miles per hour. 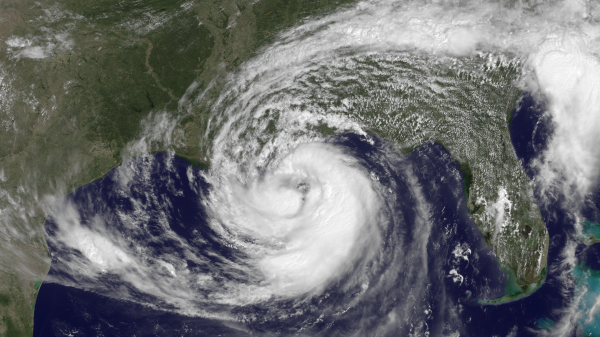 Breaking News: Isaac has officially made landfall along the coast of southeast Louisiana in Plaquemines Parish just southwest of the mouth of the Mississippi River at 6:45 PM CDT. Maximum sustained winds were at 80 miles per hour.

We have been waiting for the upgrade from tropical storm to hurricane, and it finally materialized this afternoon shortly before 1 PM CDT as hurricane hunters were able to finally find maximum surface winds at 80 miles per hour in Isaac. Hurricane Isaac is now the fourth hurricane of the 2012 Atlantic Hurricane Season. Hurricane hunters have actually found much stronger winds at flight levels around 5,000 feet over 100 mph. However, these winds have not translated to the surface. Isaac is a large and powerful cyclone that will bring about significant storm surge, heavy rain, and flooding across the Gulf coast and parts of the southeast for the remainder of this week. More than 15 million people are under warnings due to Hurricane Isaac. 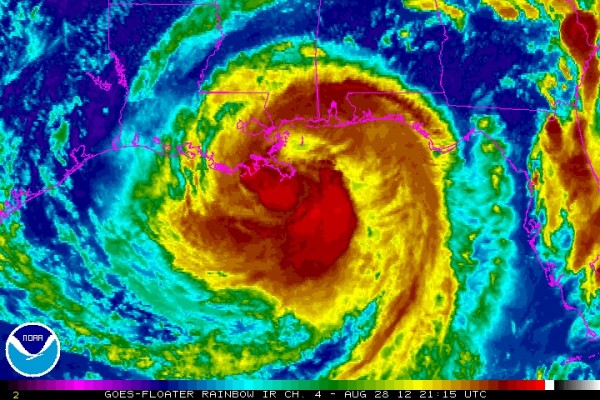 Hurricane Isaac is a large cyclone with tropical storm force winds extending outwards to 185 miles/295 kilometers (39-73 mph winds), and hurricane force winds extending 60 miles or 95 kilometers. It is important to note that wind is not the main threat from Isaac. Instead, heavy rain, storm surge, and flooding are the primary concerns across the Gulf coast. Many areas across southern Mississippi, southern Alabama, and Louisiana could easily see over 15 inches of rain from the system alone. Storm surge could reach up to nearly 12 feet in some areas. Here’s the latest storm surge forecasts by the National Hurricane Center:

Since Isaac’s track through the Caribbean and into the Gulf of Mexico, Isaac is responsible for at least 29 deaths according to the AP, with a large majority of these casualties occurring in Haiti. At least 58,000 people are currently without power across Louisiana as of 6 PM CDT. As of 7 PM CDT, over 3,000 people are without power in Mississippi. According to the Pentagon, 33,000 National Guard personnel and nearly 100 aircraft available to Governors of Alabama, Mississippi, Louisiana, and Florida. The Weather channel reported that 724 homes in the Dominican Republic were damaged and more than 9,600 people were displaced because of Isaac. Storm surge and flooding is already occurring with the storm as it pushes to the northwest slowly. Problems will only continue to worsen through the overnight hours and for the next 24 to 48 hours. The Red Cross has assigned nearly 2,400 disaster workers to states in the storm’s path, delivered more than 500,000 ready-to-eat meals and disaster supplies to affected communities, and put dozens of emergency shelters and vehicles in the region on alert.

Radar image of Isaac on August 28 2012 at 6:15 PM CDT. The eye is approaching southeastern Louisiana.

Throughout the day, Isaac has gotten better organized. The dry air that was hindering its development yesterday is no longer there. The northern side of the system has filled in with convection (thunderstorms) and an inner eyewall is developing prior to landfall. Flight level winds are gusting over 110 mph. If you live in a high rise building, then wind speeds could easily match those found in a Category 2 storm. Satellite and radar appearance shows a very healthy looking tropical cyclone with convection gathered all around the center of the storm with colder cloud tops. I would not be surprised if we hear reports of winds gusting over 100 mph in some areas prior to landfall later this evening. It is important to note that the biggest threat from Isaac is flooding. This storm will slow down thanks to a weakness in the subtropical ridge that will decrease the steering flow. With that said, rainfall will be heavy with many places receiving over 15 inches.

Here is the latest rainfall totals possible across the southeast from the Hydrometeorological Prediction Center (HPC). Rainfall totals could exceed 15 inches in New Orleans with surrounding areas easily receiving 10 inches or more.

Bottom line: Isaac has officially made landfall along the coast of southeast Louisiana in Plaquemines Parish just southwest of the mouth of the Mississippi River at 6:45 PM CDT. Isaac has strengthened this afternoon, and made landfall at the strongest part of its developing stage. Sustained winds are near 80 mph with gusts over 100 mph possible. Isaac will be a slow mover and flooding is a major concern along the Gulf coast. Storm surge could exceed 10 feet across Louisiana and Mississippi. The center of the storm will likely merge back over water and have another landfall later this evening. Isaac is still intensifying, and the shallow marshy area it made landfall over will not weaken this system fast. A gradual weakening will take place tomorrow, and Isaac will likely become a tropical storm again. At least 29 deaths are to be blamed by Isaac, and the storm continues to cause problems across the southeastern United States.

If you would like to make a donation to the Red Cross to help provide critical supplies and services to families and individuals in their time of need, please click here.