A comeback for humpback whales

The international moratorium on whale-hunting is still in place, but – good news – some whales are coming off the U.S. endangered species list. 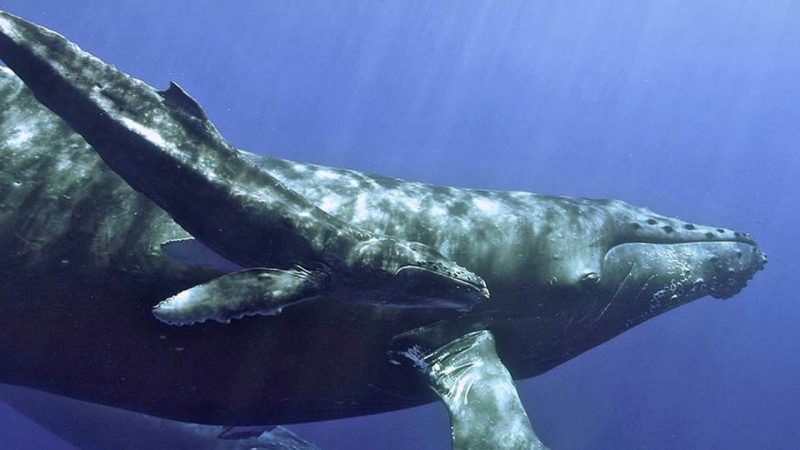 The National Oceanic and Atmospheric Administration (NOAA) said on September 6, 2016 that endangered humpback whales in nine of 14 newly identified distinct population segments have recovered enough that they can be removed from the U.S. endangered species list. International agreements to protect and conserve the whales over the past 40 years have proven successful for most populations, NOAA said. Meanwhile, four of the distinct population segments are still considered endangered on the U.S. list, and one is now listed as threatened.

Although they’re coming off the U.S. endangered species list, the whales are still protected. The International Whaling Commission’s whaling moratorium, imposed in 1982, played a major role in the comeback of humpback whales and remains in effect. 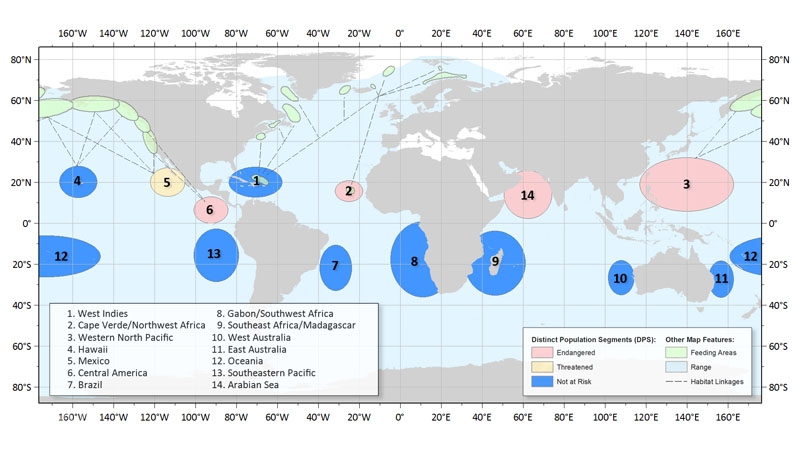 Whales once roamed oceans and seas around the world. Humpbacks known to migrate 16,000 miles (25,000 km) each year, and the males have complex songs – possibly used in mating – lasting up to 20 minutes and repeated for hours at a time. Scientists have become increasingly aware that these creatures are capable of sophisticated thinking, decision-making and problem-solving. But – beginning hundreds of years ago and especially in the 20th century – commercial whaling severely reduced humpback whale numbers.

The United States listed all humpback whales as endangered in 1970. NOAA Fisheries worked nationally and internationally to identify and apply protections for humpback whales. Removing them from the list doesn’t mean the whales will be hunted again, but it does means their populations have rebounded successfully. Huzzah!

Whales, including the humpback, serve an important role in our marine environment. Separately managing humpback whale populations that are largely independent of each other allows us to tailor conservation approaches for each population.

NOAA provided the “B roll” video below to go with this story. It’s really wonderful. Enjoy.

B-Roll: Humpback Whales and Behavior from NOAA Fisheries on Vimeo.

Bottom line: Endangered humpback whales in nine of 14 population segments have recovered enough that they can be removed from the U.S. endangered species list. The International Whaling Commission’s whaling moratorium remains in effect.