Sharks and tuna have been on different evolutionary paths since they diverged from a common ancestor over 400 million years. Now scientists at the Imperial College, London, have discovered a unique case of convergent evolution – that’s when similar physical traits evolve independently — within these two groups of ocean apex predator fish. Their study is based on DNA analysis. It was published in the September, 2016, issue of Genome Biology and Evolution, a peer-reviewed journal.

While these sharks and tuna look nothing alike, and occupy different niches at the top of the ocean food chain, they share characteristics that give them an edge over other cold-blooded predator fish. Both have a body temperature that’s a few degrees higher than the ambient water temperature. Both have a physiology that can enable fast bursts of speed.

In a statement, Professor Vincent Savolainen of Imperial College said:

Lamnid sharks and tuna both have stiff bodies and tails that allow them to swim in bursts. They can also keep their temperature up in colder waters. Both of these things make them more effective predators, allowing them to snatch prey in usually inhospitable waters.

These are simple traits, and ones that have evolved twice. They give us a great point to start really examining the underlying genetics and understanding the relationship to physical traits. 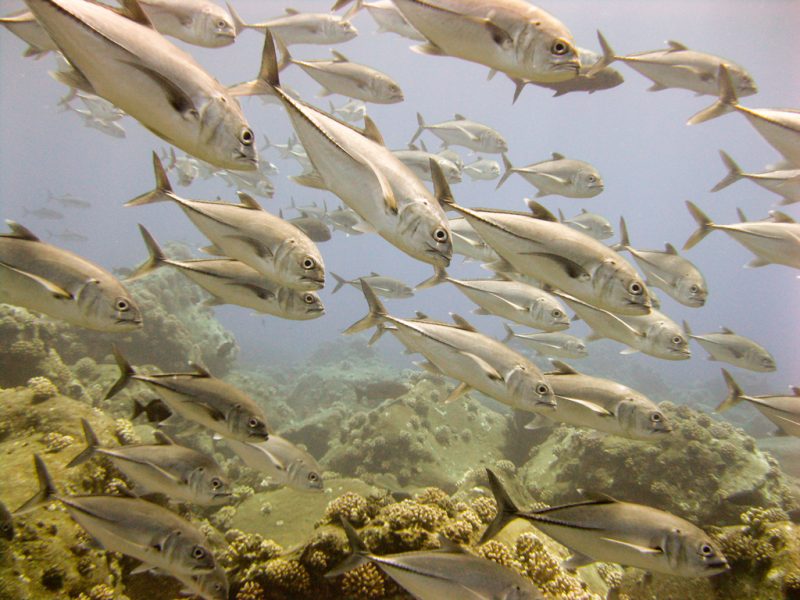 Genes hold blueprints for creating different proteins that form organ and muscle tissues. That, in turn, determines how an organism functions. For tuna and lamnid sharks, bursts of speed and higher body temperature point to anatomical features created by genes that influence metabolism. One such gene was even found to be identical in both fish groups.

However, the same gene does not necessarily create the exact same protein in both groups since other factors in the protein manufacturing process may change the final product. This discovery opens a new window into studying how the same gene is being used in two very different animals, and that will help scientists understand how an organism’s physical characteristics is governed by how the gene works.

A clip from a BBC documentary about great white sharks attacking seals off Seal Island, South Africa. The burst of speed by the shark causes it to breach the water.