Which animals live on glaciers?

Icy glaciers and perennial snow patches provide a home or resting place for 19 species of birds and 16 species of mammals – 17, if humans are included. 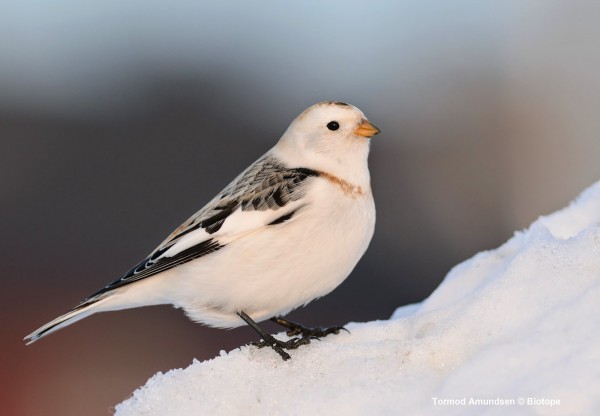 An article in the Journal of Biogeography on September 25, 2015 provides the first systematic review of birds and mammals which include glaciers (and perennial snow patches) as part of their regular habitats.

The author, Jørgen Rosvold of the Norwegian University of Science and Technology, documents the great importance of these cold frozen environments for a number of warm-blooded active species, which are known as chionophiles (snow-loving organisms).

In total, glaciers and perennial snow patches are frequented by 19 bird species and 16 mammalian species—or 17, if humans are included.

It’s not surprising that other vertebrate groups, such as reptiles and amphibians, are absent from glaciers, since they’re cold-blooded and could not survive long exposure to such low temperatures.

The most common order of birds in these habitats is the passerines, or songbirds. However, other groups are represented. The golden eagle is a member of the falcon order, and the common raven, like crows, jays and their relatives, is a corvid. Several species of ptarmigan represent the gallinaceous birds, a group which includes chickens, turkeys, partridges, pheasants, quail and grouse. 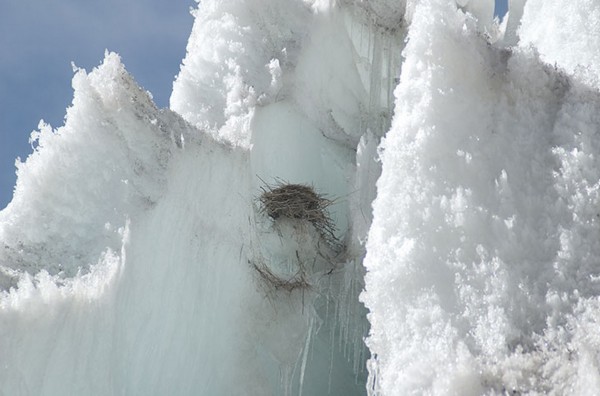 The avian behavior most often recorded on glaciers is obtaining food—insects and worms in the case of smaller birds, other birds and mammals for the golden eagle.

One bird species, the white-winged diuca finch, constructs its nest on the surface of glaciers in the Andes; it has been systematically studied on Quelccaya Glacier in Peru.

The mammals are more diverse, both in terms of taxonomy and behavior. Most common are the ungulates such as bison, musk ox, elk, reindeer, mountain goat, ibex, chamois and bighorn sheep, who come for relief from the heat; as large animals covered with fur and hair, they have difficulty cooling off during hot periods, and either lie directly on the ice, or rest in the cold air that drains off glaciers.

A much smaller mammal, the pica (a lagomorph, or relative of rabbits and hares), also uses glaciers for this purpose. They have also been observed to drink water on glacier surfaces.

Elk calves and bighorn lambs play on the open surfaces of glaciers and snow patches.

The carnivores — bears, snow leopards and wolverines — travel across glaciers and snow patches, perhaps to avoid leaving a scent.

Wolverines have also been seen caching their prey on glaciers; the author suggests that this behavior may provide lactating females with critical components of their diet during the period when they are nursing their cubs. 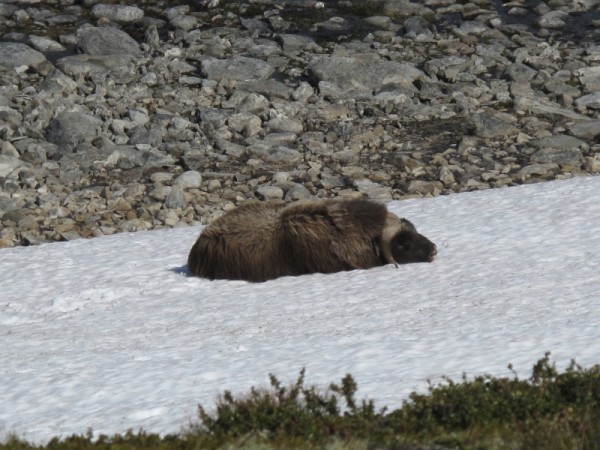 This article rests largely on the direct observations of field biologists. In the future, this valuable, though time-consuming, research method may be complemented by the use of radio collars to track animal movements.

However, the opportunities for such research are become scarcer, as glaciers world-wide are shrinking. These organisms which rely on ice, snow and cold temperatures will find their ranges reduced, and some may be threatened with extinction.

In the meantime, Rosvold’s website, Frozen Fauna, provides a variety of information about the mammals and birds which inhabit, or at least regularly visit, glaciers, as well as about the archaeology of the hunters and herders who have also inhabited these zones for many centuries.