Bees change scent as they age

A new study finds that honey bees develop different scent profiles as they age, and guard bees respond differently to returning foragers than to younger bees who’ve never ventured out.

New research on honey bees offers insight into how these social insects recognize each other. The study published February 5, 2019, in the journal eLife reports that honey bees (Apis mellifera) develop different scent profiles as they age, and the guard bees at the hive’s door respond in a different way to returning foragers than they do to younger bees who have never ventured out.

Most bee researchers have thought that bees recognize and respond to a scent that is the homogenized scent of all of the members of their own colony, as is the case with some ants and other insects. It was thought that honey bees got that scent by rubbing up against their nest-mates, transferring compounds between each other. Cassondra L. Vernier, a graduate student at Washington University, is first author of the new study. She said in a statement:

You would expect, then, that even younger bees would have a very similar pheromonal profile as older bees. When in fact that is not what we saw.

But the new study suggests that honey bees’ nest-mate recognition depends instead on an innate developmental process that is associated with age-dependent division of labor. 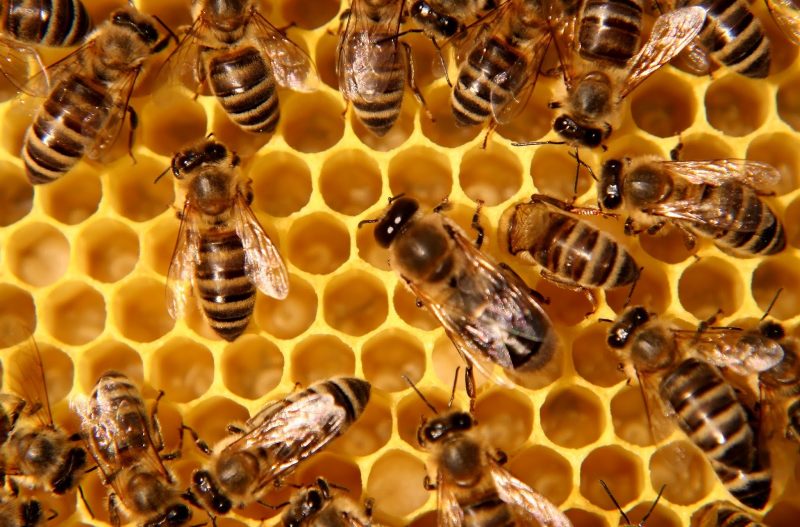 Image via The Honey Bee Coalition.

A honey bee hatches and grows up deep inside a hive surrounded by 40,000 of her closest relatives. Only after she’s three weeks old does she leave the nest to look for pollen and nectar. According to the new research, that’s also when she becomes recognizable to other bees.

The research team compared the scent profiles of bees on the day they were born and at one week, two weeks, and three weeks of age. The three-week-old bees had significantly different profiles than their younger siblings. A three-week-old foraging bee also has a very different job to support the hive than a younger bee, who spends her time as a nurse caring for bee larvae and building the waxy honeycomb structures in the hive. 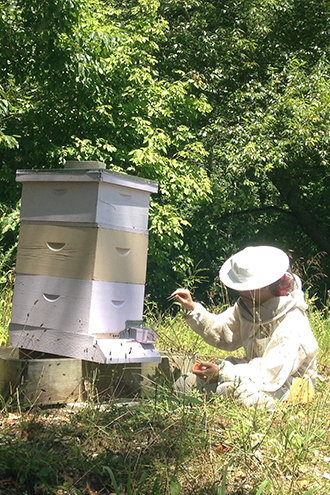 The researchers wanted to know whether the differences they saw were based on age alone, or were somehow tied to the older bees’ foraging activities. Bees that leave the hive to collect nectar encounter lots of scents on flowers and other surfaces they touch, as well as sunshine and rain that could affect their body coatings and the way they smell.

So the researchers compared the scent profiles of foraging-age bees that were held in the hive and not permitted to forage with bees that were able to venture out. It turned out that these two groups were also significantly different. Yehuda Ben-Shahar, Associate Professor of Biology at Washington University is a study co-author. Ben-Shahar said:

What we found is that it’s actually a combination of both — of being at the age for foraging, and actually performing the foraging activities.

Not every bee in the hive notices the difference in scent profiles. Guard bees are the only ones who care to identify outsiders. Ben-Shahar said:

They sit in the entrance and they have a very specific posture. They’re very attentive. Their forelegs are usually raised, and they’re very alert. Still, it is hard to know who they are until they react to somebody.

Place a one-day-old, one-week-old, or two-week-old outsider on the stoop in front of a guard, and she is likely to be able to waltz on through, say the researchers. But it’s a different story after three weeks of age — when guards bite, sting and/or drag outsiders away from the door.